What Is a ‘Normal’ Blood Pressure Response During Exercise Testing? 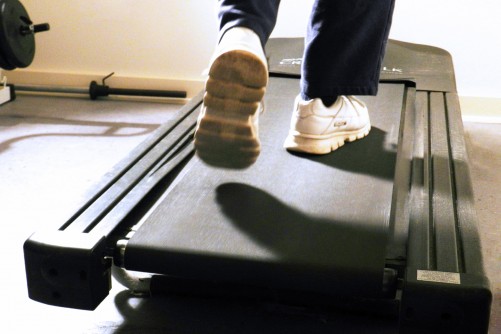 Newswise — New data from the University of Illinois at Chicago suggest that the guidelines used to evaluate an individual’s peak blood pressure response during cardiopulmonary exercise testing, which were last updated in 1996 and help doctors screen for hypertension and cardiovascular disease, may need to be revised.

“This is the first systemic effort to establish maximum exercise blood pressure norms in more than 20 years,” said Shane Phillips, professor and associate head of physical therapy at the UIC College of Applied Health Sciences.

Cardiologists use cardiopulmonary exercise testing when patients complain of symptoms of cardiac stress, like unexplained shortness of breath, and by physical therapists when it is important to establish a patient’s capacity for exercise.

Phillips, who is corresponding author on the study, and his colleagues in the Integrative Physiology Laboratory analyzed blood pressure response data collected over 30 years by FRIEND, also known as the Fitness Registry and the Importance of Exercise: A National Database, during exercise tests of 1,605 healthy men and 1,312 healthy women between the ages of 20 and 79. The researchers determined percentiles of maximal systolic and diastolic blood pressure for each decade of life.

The researchers found that peak systolic blood pressure, the first number of a blood pressure measurement that tracks the pressure in blood vessels when the heart beats, increased with age in both men and women up to age 60, after which there was a plateau. They also found that neither group came close to reaching the current threshold of 90th percentile maximum systolic blood pressure during exercise to be considered exercise hypertension and at risk — 210 for men and 190 for women — until after the 4th decade.

“The data we saw was a bit lower than what older studies have shown,” Phillips said. “This suggests there could be a valid case for lowering the threshold, especially in younger adults, in order to accurately identify someone with a borderline response who might benefit from preventive treatment.”

The study also showed that men and women followed different patterns when it came to diastolic blood pressure, the second number that measures pressure in blood vessel between heartbeats.

“We found the trajectory of peak diastolic blood pressure with age is different between men and women,” Phillips said. “Women showed a continued increase through the lifespan instead of reaching a plateau.”

Phillips said this variation reflects differences in vascular physiology, like the greater worsening of ventricular diastolic stiffness with age in women, when compared with men.

Like systolic measurements, peak diastolic blood pressure measurements in the current study were lower than in previous studies.

“I think the take-home message from this study is that a one-size-fits-all approach does not work when it comes to cardiopulmonary exercise testing,” Phillips said. “Peak blood pressure changes as we age and our standards evaluating a vascular response to exercise should better reflect norms by both age and gender.”

Philips believes that more studies are needed before these results can be applied to the general public, as 94 percent of the subjects in this study identified as white and there were significantly fewer subjects in the last age group, between the ages of 70 and 79. Still, “the case is strong for further validation of these results to improve use and accuracy of exercise testing for diagnostics and screening,” Phillips said.

Ahmad Sabbahi and Ross Arena of UIC, Leonard Kaminsky of Ball State University, and Jonathan Myers of Stanford University are co-authors of the study, which is published in Hypertension, a journal of the American Heart Association.