Where You Grow What You Grow 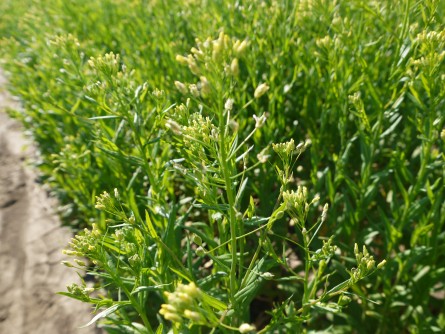 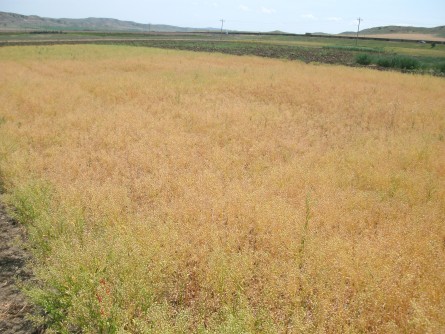 Newswise — May 24, 2017 - Camelina: Have you heard of it? It’s an emerging alternative oilseed crop in parts of the Great Plains.

A new study, led by Augustine Obour at Kansas State University, looks at how three varieties of camelina perform when grown in two different regions within the Great Plains.

The end goal is to find the camelina variety that performs best in each location or environment.

“It’s actually a challenge to identify alternative crops that are well adapted to semi-arid areas of the Great Plains,” says Obour. “Plus, these crops have to fit into existing crop rotations.”

Oil extracted from camelina seeds has several uses. It can be used for biodiesel and renewable jet fuel production. It is also a good source of α-linolenic acid, a precursor for other healthy fatty acids essential for human and animal health. Together with camelina meal, the oil can also be used to manufacture adhesives, coatings, gums, resins, and varnishes.

“Conditions, such as rainfall and air temperature, can have significant effects on yield and oil content of camelina,” says Obour. For example, heat and moisture stress during flowering can reduce seed yield and alter oil composition.

How would camelina perform when grown in the central Great Plains?

To answer this question, the researchers picked two test sites. One of the test sites was in Hays, Kansas, in the central Great Plains. Hays has relatively early springs and warmer summer air temperatures. The other test site was in Moccasin, Montana, in the northern Great Plains, with relatively cooler spring and summer temperatures. Moccasin also has lower average annual rainfall than that of Hays.

“These two sites provided us with an opportunity to test the effects of environmental conditions on camelina growth, yield, and oil composition,” says Obour.

Over the course of three years, Obour and his colleagues grew three different camelina varieties in the two test sites. This way, the researchers could test how camelina genetics and environmental conditions together affected yield and oil content.

All three camelina varieties performed similarly at Moccasin, despite their genetic differences. At Hays, however, one variety, called Blaine Creek, had 42% higher seed yields than the other two. “This highlights the importance of looking at both crop genetics and environmental conditions,” says Obour.

Oil composition was different between the two test sites as well. Monounsaturated and saturated fatty acid contents were greater at Hays but polyunsaturated oil content was lower. This is important for growers to know so they can better target their crop to a chosen market.

“Our findings confirm that camelina seed yield, oil content, and fatty acid composition are significantly affected by both the environment and camelina genetics,” says Obour.

Obour’s work continues. “The next line of research is selecting camelina varieties that are tolerant to heat stress,” says Obour. That will allow for improved seed yield, oil content, and fatty acid profile of camelina grown across the central Great Plains.

Read more about Obour’s work in Agronomy Journal. The study was supported by the USDA-NIFA Biomass Research and Development Initiative program and by the USDA/DOE Plant Feedstock Genomics for Bioenergy. 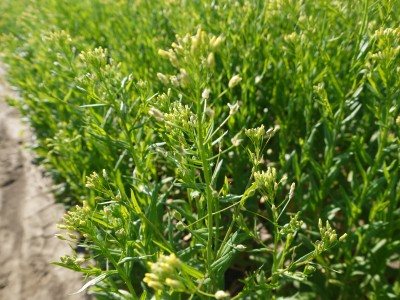 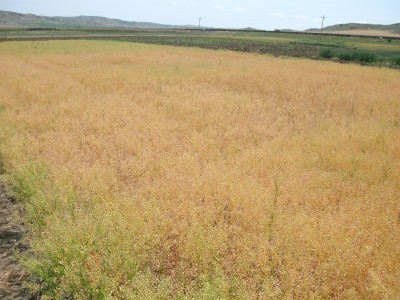