Why Are Prescription Drugs So Expensive? 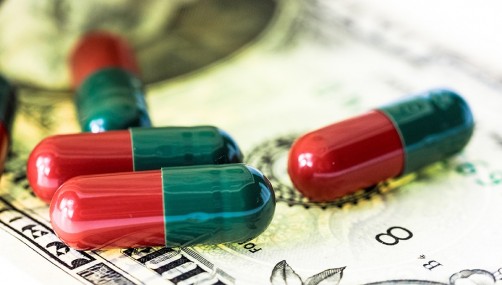 Newswise — It’s no secret that the cost of prescription drugs—especially brand-name drugs—has been rising far faster than inflation over the last few years. This high cost is one reason that some people aren’t taking the medication their providers prescribe for them. It’s not just people paying out of pocket who are affected. Although those with good insurance from their employer or elsewhere may feel the sting far less dramatically each time they pick up a prescription, those costs do eventually trickle out to everyone. Ultimately insurance companies or other payers shift some of the burden to patients in the form of higher co-payments or deductibles.

With prescription drug spending totaling an estimated $457 billion in 2015, it seems like a good time to examine why these life-saving and life-improving medications cost so much.

“Brand name drugs, due to the high cost of their development, start out expensive and then tend to go up in price every year,” said Lixian Zhong, PhD, assistant professor of pharmaceutical sciences at the Texas A&M Irma Lerma Rangel College of Pharmacy. “Combine this with other factors affecting the industry, and you have ballooning prices.”

The price of certain drugs drive up overall average

The cost of prescription drugs isn’t going up evenly across the board. In fact, the average price of a generic drug actually went down between 2010 and 2015. However, the high initial and increasingly rising prices of brand name drugs, especially some specialty treatment drugs, bring the overall average up.

“The most expensive drugs tend to treat orphan diseases, those with a patient population of less than 200,000,” Zhong said. This makes a certain amount of sense: the fewer potential customers who will buy the drug before the patent expires, the fewer opportunities the company has to make up the cost of development—which can run more than $2.5 billion per drug, according to a 2014 estimate. Therefore, the starting price of these drugs is quite high.

Other drugs—especially the so-called specialty drugs that treat complex, chronic conditions—also tend to be very expensive. “For example, there is a drug to treat hepatitis C that is much better than earlier treatments, with a higher cure rate and fewer side effects,” Zhong said. “However, it also costs a great deal more than other hepatitis C drugs on the market.” Other expensive specialty medications include new drugs for treating cancer, rheumatoid arthritis, multiple sclerosis and other diseases. These easily cost more than $10,000 a year.

Even expensive drugs can be cost-effective

That expensive hepatitis C drug—despite its staggering price tag of $90,000 for 12 weeks’ supply—could actually be cost-effective if it can keep people out of the hospital. “Because 90 percent of people who take the drug are cured, which is far higher than less expensive treatments, there might potentially be cost savings in terms of improved patient health,” Zhong said. “When you consider the cost of the average hospital stay—which varies by state but easily runs several thousand dollars per night—then $90,000 to cure a patient doesn’t seem as extreme.”

The listed price isn’t what people actually payVery few patients actually pay the “sticker” price of a drug. Many people have insurance, and insurance companies manage their own costs by negotiating with the drug companies. The pharmaceutical manufactures themselves often have patient assistance programs that cover much or all of the cost for those people without insurance. Many also offer vouchers or coupons to reduce the out-of-pocket cost of the drug for people who have coverage.

“We cannot look at this problem without looking at the whole health care system, which is fragmented in the United States with many different payers,” Zhong said. “Countries with a single-payer system tend to have more negotiating power, so we pay more than other countries, often by quite a bit. On the other hand, those countries may limit the access to new medications due to economic concerns.” The end result is that Americans have access to the newest treatment but also pay a higher price to subside the cost of drug research and development, a lengthy and inherently risky process that involves preclinical research and three phases of increasingly large and expensive human clinical trials.

“Pharmaceutical companies spend lots of money on research,” Zhong said. “Only the very lucky drugs make it through the entire process and get on the market, where they can both treat patients and recoup some of their development costs.”

Fortunately, there are ways that consumers, both those with insurance and those without, can cut their out-of-pocket costs:

1. If you are uninsured and on expensive medications, seek help from patient assistant programs. (Many pharmaceutical companies have such assistance programs for the drugs they manufacture; there are also assistance programs run by states and non-profit groups. If you are in the South Texas area, the Texas A&M Coastal Bend Health Education Center may be able to help you identify, complete and submit applications for patient assistance programs.)2. If you have private insurance, look for co-payment coupons to reduce or even eliminate out-of-pocket costs for brand name prescriptions.3. Even if you have insurance, don’t always assume that rate will be better; some stores offer a 30-day supply of certain generic drugs for $4 (and a 90-day supply for $10), and this price is likely to be better than the copay of your insurance.4. Shop around: costs can vary widely, depending on the pharmacy and location.5. If you don’t have insurance, negotiate prices with the pharmacy. Sometimes they will give you a break, but you have to ask.