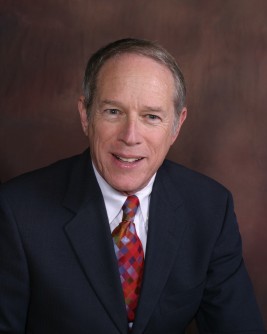 Newswise — UCLA researchers Dr. Leonard Marks and Shyam Natarajan will lead a $3.1 million research project grant awarded by the National Institutes of Health to advance the adoption of a promising new technology to treat men with prostate cancer. By helping to increase the widespread use of the technique, known as MRI-guided focal laser ablation, the research has the potential to vastly improve treatment options and outcomes for patients with the disease.

The Research Project Grant (known as an R01 award) is the original and historically oldest grant mechanism used by National Institutes of Health. The award provides support for health-related research and development, in an area representing the researcher’s specific interest and competencies.

The five-year research project will build upon previous groundbreaking work led by Marks and Natarajan at UCLA that demonstrated for the first time that focal laser ablation — the precise application of heat via laser to a tumor — could be safe and feasible when used in a clinical setting. Historically, prostate cancer has been treated with surgery and radiation, which can result in serious side effects such as erectile dysfunction and urinary incontinence.

“Focal laser ablation provides a middle ground for men to choose between radical prostatectomy and active surveillance, for example as an alternative between doing nothing and losing the prostate,” Marks said. “This is a new and exciting concept for prostate cancer treatment; that a man walking into a clinic with prostate cancer and an hour or two later, walking out without prostate cancer, is not a pipe dream.  We’ve seen it happen!”

For the new research project, Marks’ team will develop and assess a technology experience that would allow widespread clinical adoption of focal laser ablation to treat prostate cancer. It will include the creation and testing of each system technical component, followed by a multi-institution validation study in men with intermediate-risk prostate cancer both before and after treatment to assess effectiveness.

Treatment with focal laser ablation is not yet approved for use in prostate cancer by the U.S. Food and Drug Administration. Successful completion of the project would lead to a safe, effective, economical system for clinic-based treatment of prostate cancer with minimal side effects available to tens of thousands of men every year, said Marks.