Zeroing in on New Technologies to Better Define Tropical Storms 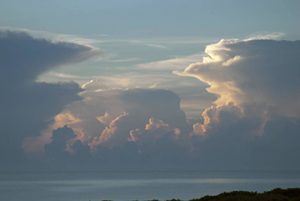 These towering cumulonimbus thunderstorm clouds, as shown from a 2014 photo from Cape Canaveral Space Force Station in Florida, are the types of thunderstorm clouds that will be studied by a team of national scientists involved in NASA’s INCUS mission. 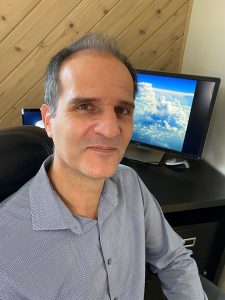 Pavlos Kollias, PhD, will lead the research arm of investigation using new radar systems to better understand storm clouds and how they form and react.

Newswise — STONY BROOK, NY, November 23, 2021 –Pavlos Kollias, PhD, in the School of Marine and Atmospheric Sciences (SoMAS) at Stony Brook University, is part of a new NASA Earth Science mission that aims to yield new information about tropical storm clouds during their lifecycles –data that will help scientists better understand and predict the behavior of dangerous tropical storms and address a significant issue of climate change. The  $177 million mission involves use of novel radars systems and research collaboration from Stony Brook and other institutions.

Climate change is increasing ocean temperatures and making it more likely that storms will intensify more often and more quickly, a major reason that NASA is supporting this mission and research, which could potentially teach us more about storm clouds and their actions than has ever been understood before.

The initiative, expected to launch in 2027, will study the behavior of tropical storms and thunderstorms, including their impact on weather and climate models. Specifically, investigators will address why convective storms, heavy precipitation, and clouds occur, and exactly where and when they form. The mission will be a collection of three CubeSats flying in tight coordination, called Investigation of Convective Updrafts (INCUS).

Kollias and his Radar Science team are leaders in the development of next generation atmospheric observing approaches to study atmospheric processes at unprecedented spatial and temporal scales. These approaches will provide the foundational knowledge to significantly improve weather and climate predictability.

For the INCUS mission, his team will assist on the development of L2 satellite data products, in particular the retrieval of the profiles of vertical air motion from radar constellation observations. Their project, set to start in early 2022, will involve Kollias, research scientists from his group, along with undergraduate and graduate students.

“The INCUS  mission will study the vertical motions through storms using a constellation of three satellite-based radars (CubeSats) that will sample the same storm during different stages of the its lifecycle,” explains Kollias, a SoMAS Professor and also an Atmospheric Scientist with the Department of Energy’s Brookhaven National Laboratory, of which Stony Brook is part of the management team.

“The vertical transport in convention, or convective mass flux, remains one of the great unknowns in weather and climate. INCUS will be our first opportunity to document these motions over the tropical oceans and the dependency of their properties on environmental factors,” he emphasizes.

Technological advancements are revolutionizing the way scientists observe Earth from space, and Kollias adds that continuous miniaturization of sensors and the availability of deployable radar antennas makes the use of distributed observations based on a convoy of identical radars a novel and economical approach to studying convective dynamics and lifecycle from space.

Professor Susan van den Heever at Colorado State University is the principal investigator for INCUS. The mission involves the work of several NASA Centers around the country and university partners, including Stony Brook, City College of New York and Texas A&M University.

For more information about INCUS and NASA’s plans, see this press release.

Caption: These towering cumulonimbus thunderstorm clouds, as shown from a 2014 photo from Cape Canaveral Space Force Station in Florida, are the types of thunderstorm clouds that will be studied by a team of national scientists involved in NASA’s INCUS mission.

Caption: Pavlos Kollias, PhD, will lead the research arm of investigation using new radar systems to better understand storm clouds and how they form and react.