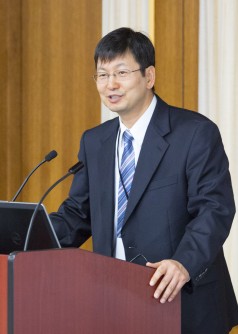 Uk Heo is a Distinguished Professor of Political Science at the University of Wisconsin-Milwaukee. He is available to speak on the North Korean nuclear crisis and U.S.-South Korea relations.

A Distinguished Professor of Political Science at the University of Wisconsin-Milwaukee, Uk Heo has written extensively about the North Korean nuclear crisis and US-South Korea relations. He recently completed the book, "The Evolution of South Korea-US Alliance," with co-author Terence Roehrig. The duo also wrote "South Korea's Rise: Economic Development, Power, and Foreign Relations," which analyzed the changes in South Korea's foreign policy as its economy developed. Both titles are available from University of Cambridge Press.

In addition to Asian politics, his areas of expertise include international relations and comparative politics.