First Ladies Don’t Get a Playbook 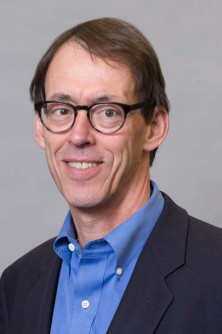 Newswise — EVANSTON, Ill. --- Melania Trump is expected to announce a formal platform today (May 7) focusing on the well-being of children. Peter Slevin, a Northwestern University associate professor of journalism, is available to offer insight on the relatively undefined roles of first ladies and Melania Trump’s approach thus far.

Slevin is the author of “Michelle Obama: A Life,” a biography of Michelle Obama, which was reviewed in the New York Times. He was also an international reporter for more than a decade with the Washington Post.

First ladies enter the White House without a playbook, Slevin says. He can speak to the challenges and opportunities they face as they set their initiatives and the ways in which Melania Trump differs from her predecessors.

Slevin was recently featured in an NPR segment about the upcoming unveiling of Melania Trump’s policy priorities, and he spoke to Chicago Tonight about her choice to stay in the background.