A case of reverse development: Dana-Farber scientists solve long-debated puzzle of how the intestine heals itself 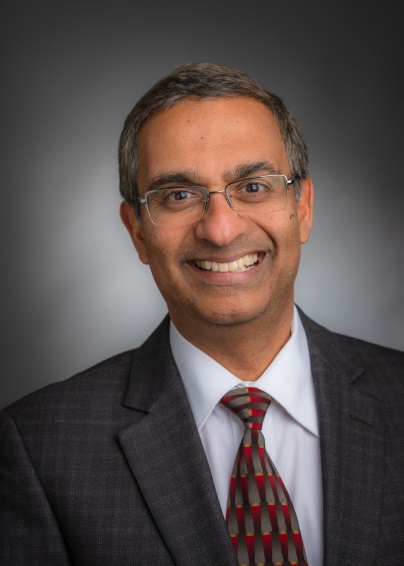 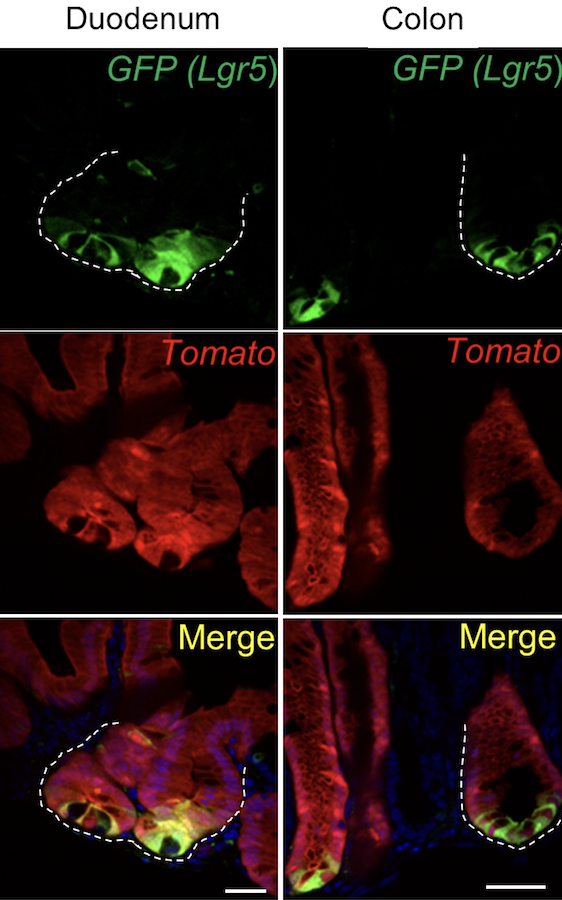 A case of reverse development: Dana-Farber scientists solve long-debated puzzle of how the intestine heals itself

Newswise — BOSTON – Deep within the lining of the human intestine lies the source of the organ’s ability to renew itself and recover from damage: intestinal stem cells (ISCs), lodged in pockets of tissue called crypts, generate the cells that continuously repopulate the intestinal lining. Even the stem cells themselves have a safety net: when they’re damaged, healthy replacements appear in less than a week.

For years, scientists have debated how the ISCs’ re-emergence occurs. Some have held that the intestine keeps a pool of ISCs on reserve – a kind of backup-backup supply – to replenish the cache of front-line ISCs that have been lost. Others have maintained that something more involuted is as work: The ISCs, like queen bees, give rise to more specialized, or “differentiated,” progeny – in this case, daughter cells that form the inner lining of the intestine. When the ISCs are damaged, this school of thought held, the daughter cells reverse course and “de-differentiate” – reverting into the ISCs from which they arose.

A new study by Dana-Farber Cancer Institute scientists comes down solidly on the latter option.

Published online today by the journal Cell Stem Cell, the researchers found that ISCs and their daughter cells have a strikingly reciprocal relationship: under normal conditions, ISCs differentiate into daughter cells, and, if the ISCs are lost, the daughter cells simply reverse course and become ISCs. “Our findings suggest that the restoration of intestinal stem cells occurs entirely by the process of de-differentiation,” says the study’s senior author, Ramesh Shivdasani, MD, PhD, of Dana-Farber, Brigham and Women’s Hospital (BWH), and the Harvard Stem Cell Institute. “We showed there’s no need for a reserve set of ISCs.”

Bolstering their findings, the researchers were also able to capture the de-differentiation process in real time. When cells begin to de-differentiate, they switch on a gene that that allows them to be isolated and collected with laboratory techniques, Shivdasani explains. Through this process, researchers were able to capture the cells along a continuum of de-differentiation. Shivdasani likens it to a baseball play in which a runner is tagged out between first and second base.

The intestine is one of just three tissues in the body, along with the skin and blood, in which cells are constantly turning over – dying and being replaced by freshly made cells. They share this quality because they are the tissues most intimately in contact with material from the environment, and therefore with potentially harmful substances. The constant turnover, it’s thought, is a way to prevent toxic substances from having lasting effects on cells and their offspring.

The crypts that hold ISCs are, in a sense, misnamed. Far from being enclosures where dead cells are entombed, they are the sites where ISCs daily generate the billions of daughter cells that take the place of defunct intestinal cells.

One of the chief characteristics of ISCs is that they are extremely radiosensitive, or vulnerable to radiation. People exposed to high levels of radioactivity, in the form of nuclear fallout, for example, can suffer severe intestinal damage because the loss of ISCs halts production of cells to regenerate the damaged tissue. But if ISCs succumb easily to radiation, they also make a rapid return. Patients with radiation-induced intestinal damage who can be kept alive for a week often recover as their ISC levels bounce back.

To determine whether this rebound is due to a reserve stockpile of ISCs or to de-differentiation of daughter cells, Shivdasani and his collaborators performed a kind of time-lapse experiment. They treated a collection of ISC cells with the drug tamoxifen, which caused the cells and their offspring to become fluorescent. They waited 48 hours for the label to take hold, then killed the ISC cells. If the daughter cells were indeed de-differentiating, any ISC cells produced after that point would be fluorescent.  That’s exactly what researchers found.

While scientists have been able to convert many kinds of differentiated cells into stem cells using laboratory techniques, Shivdasani and his colleagues’ discovery demonstrates that de-differentiation ismore than a curious act of nature; it is the principal means to restore damaged stem cell in the intestine. It’s not known whether cells in other organs and tissues have this capability, but it remains an open avenue of investigation.

“It also isn’t clear how the crypt knows that stem cells have died and need to be replaced,” Shivdasani remarks, “or how the daughter cells receive the signal to de-differentiate. This is a subject we’re currently exploring.”

The lead author of the new paper is Kazutaka Murata, PhD of Dana-Farber and BWH. Co-authors are Unmesh Jadhav, PhD, and Alessia Cavazza, PhD, of Dana-Farber and BWH; Shariq Madha, Justin Dean, Kai Wucherpfennig, MD, PhD, and Franziska Michor, PhD, of Dana-Farber; and Johan van Es, PhD, and Hans Clevers, MD, PhD, of Hubrecht Institute, Royal Netherlands Academy of Arts and Sciences and University Medical Centre, Utrecht, the Netherlands. The research was supported by the National Institutes of Health (grants R01DK081113, U01DK103152, and P50CA127003) and gifts from the Lind family.

Dana-Farber Cancer Institute is one of the world’s leading centers of cancer research and treatment.  It is the only center ranked in the top 5 of U.S. News and World Report’s Best Hospitals for both adult and pediatric cancer care.

Dana-Farber is dedicated to a unique and equal balance between cancer research and care, translating the results of discovery into new treatments for patients locally and around the world.