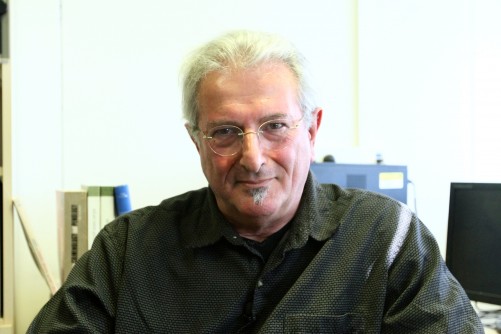 Newswise — A new psychological disorder has been identified in a series of recently published studies – Maladaptive Maydreaming (MD). Researchers from the University of Haifa, in Israel, Fordham University in New York City and University of Lausanne, Switzerland, have found that people with the disorder spend an average of 60% of their waking time in an imaginary world which they themselves have created, realizing that it is a fantasy, and without losing contact with the real world. “Daydreaming usually starts as a small fantasy that makes people feel good, but over time the process becomes addictive until it takes over their lives. At this stage the disorder is accompanied by feelings of shame and a sense of lack of fulfillment, but because till now the disorder has been unknown, when they come to receive treatment, therapists usually dismissed their complaints,” explains Professor Eli Somer of the University of Haifa, one of the researchers and the first to identify the disorder.

Wandering of thoughts, fantasies and daydreams are part of the inner world of almost everyone, and they are depicted in popular culture – in literature and film, for example. However, until now science has not addressed the pathological aspects of this, otherwise normal mental activity. A series of new studies published recently in several leading journals in psychology and psychiatry shed light on a psychological disorder that was not known until now. The story begins in 2002, when Prof. Somer was treating adults who had been sexually abused as children. Somer identified six survivors who used to escape regularly into a world of the imagination, where they fantasized compensatory empowering stories in which they enjoyed traits and life experiences that were missing in their real lives. Professor Somer named the phenomenon “maladaptive daydreaming” (MD) but at the time did not continue his investigation of the phenomenon. This article was followed in 2011 by a study by Jayne Bigelsen and Cynthia Schupak of 90 people who complained of excessive daydreaming. Their study that showed that MD is also spread among many individuals who have not had adverse childhoods. In the wake of these two studies, Somer and Bigelsen began to receive communications from countless individuals from around the world who related to them how they had suffered from exactly the same phenomenon asking for their advise and help.

Together with Prof. Daniela Jopp from the University of Lausanne, Switzerland and Liora Somer from the Multidisciplinary Center for the Treatment of Victims of Sexual Abuse at the B’nai Zion Medical Center in Haifa, he conducted two additional qualitative studies and interviewed dozens of individuals who claimed to be suffering from the phenomenon. In these studies, they discovered recurring themes. For example, although maladaptive daydreaming first started as a positive experience providing pleasure and relaxation, it quickly developed into an addictive habit that took over their lives and impaired their functioning. “Maladaptive daydreaming naturally necessitates isolation from others and is almost always accompanied by repetitive body motions, such as pacing or rocking. About a quarter of these individuals had endured childhood trauma and many suffered from social anxiety” said Professor Somer.

Somer and Jopp were recently joined by Jayne Bigelsen and Jonathan Lehrfeld, investigators from Fordham University in New York City, who shared similar interests. Together they published two extensive quantitative studies published very recently in the journal Consciousness and Cognition. One study reported the development and validation of a maladaptive daydreaming scale (MDS) using a large sample of 447 individuals. The MDS was shown to differentiate very well between normal and maladaptive daydreaming and offered the first diagnostic and research instrument for the newly discovered disorder. In the second study, 340 participants aged 13–78 from 45 countries from the world were tested. The data showed that individuals affected by the disorder spent about 60% of their waking time in daydreaming, and more than half said that the disorder disrupted their sleep and that the first thing they are aware of when they wake up in the morning is their urge to daydream. Respondents reported having rich fantasy worlds with complex storylines. They tended to daydream significantly more about fictional tales and characters, in contrast to the daydreaming among the control group which were usually anchored in reality (e.g., the desire to earn more money, to find an attractive partner, etc.).

“One woman told us about the 35 characters “starring” in the plots she imagines in his mind. She related how these characters have been with her since childhood, and she doesn’t recall a moment when her mind was clear of them and she was living internally only with himself. Another woman told of how for 30 years she has continued imagining in her mind the plot of a series that she saw when she was 10 years old, but how the plot is constantly changing and evolving. She related that there were entire days in which all his time was spent imagining, and how she even fought off sleep so that she could continue his imaginings,” said Bigelsen and added, “almost all of the subjects developed a love/hate relationship with their fantasy world, and 97% reported different levels of distress as a result.”

“People with this disorder have developed an extraordinary ability to become completely immersed in daydreaming, to such an extent that their daydreams can make them laugh or cry. This ability to feel fully present in a self-directed imaginal plot is not only a powerful source of the attraction, but it also makes it difficult to disengage from it, creating a mental addiction” said Professor Jopp. Professor Somer concluded by saying that “when people spend about 60% of their waking time daydreaming, it’s no wonder that they feel frustrated that they can’t achieve their goals in life. The next step in our research should focus on developing an effective treatment for sufferers.”

Journal of Trauma and Dissociation