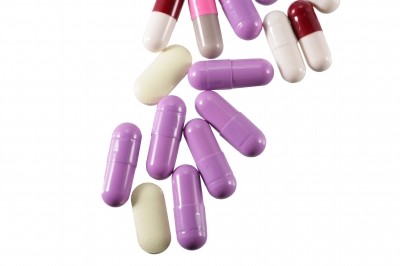 Highlights• Proton pump inhibitors (PPIs), a class of drugs used to treat acid reflux and other acid-related gastrointestinal conditions, may increase the risk for developing chronic kidney disease (CKD).• Two new studies that reached similar conclusions on the increased CKD risk associated with PPI use will be presented at ASN Kidney Week 2015 November 3–8 at the San Diego Convention Center in San Diego, CA.

Newswise — San Diego, CA (October 27, 2015) — Certain medications commonly used to treat heartburn and acid reflux may have damaging effects on the kidneys, according to two studies that will be presented at ASN Kidney Week 2015 November 3¬–8 at the San Diego Convention Center in San Diego, CA. The drugs, proton pump inhibitors (PPIs), are among the top 10 class of prescribed medications in the United States.

The prevalence of chronic kidney disease (CKD) is on the rise, with more than 20 million Americans burdened by the disease. Diabetes and hypertension are common risk factors for CKD; however, certain medications can also play a role. Two new studies show that increased use of proton pump inhibitors (PPIs), medications that treat reflux and stomach ulcers, may be contributing to the CKD epidemic.

In one study, Benjamin Lazarus, MBBS (Johns Hopkins University) and his colleagues followed 10,482 adults with normal kidney function from 1996 to 2011. They found that PPI users were between 20% and 50% more likely to develop CKD than non-PPI users, even after accounting for baseline differences between users and non-users. This discovery was replicated in a second study, in which over 240,000 patients were followed from 1997 to 2014. “In both studies, people who used a different class of medications to suppress stomach acid, known as H2-blockers, did not have a higher risk of developing kidney disease,” said Dr. Lazarus. “If we know the potential adverse effects of PPI medications we can design better interventions to reduce overuse.”

In another study, Pradeep Arora, MD (SUNY, Buffalo) and his team found that among 24,149 patients who developed CKD between 2001 and 2008 (out of a total of 71,516 patients), 25.7% were treated with PPIs. Among the total group of patients, those who took PPIs were less likely to have vascular disease, cancer, diabetes, hypertension, and chronic obstructive pulmonary disease, but PPI use was linked with a 10% increased risk of CKD and a 76% increased risk of dying prematurely.

“As a large number of patients are being treated with PPIs, health care providers need to be better educated about the potential side effects of these drugs, such as CKD,” said Dr. Arora. “PPIs are often prescribed outside of their approved uses, and it has been estimated that up to two-thirds of all people on PPIs do not have a verified indication for the drug.”

ASN Kidney Week 2015, the largest nephrology meeting of its kind, will provide a forum for more than 13,000 professionals to discuss the latest findings in kidney health research and engage in educational sessions related to advances in the care of patients with kidney and related disorders. Kidney Week 2015 will take place November 3–8, 2015, in San Diego, CA.

The content of this article does not reflect the views or opinions of The American Society of Nephrology (ASN). Responsibility for the information and views expressed therein lies entirely with the author(s). ASN does not offer medical advice. All content in ASN publications is for informational purposes only, and is not intended to cover all possible uses, directions, precautions, drug interactions, or adverse effects. This content should not be used during a medical emergency or for the diagnosis or treatment of any medical condition. Please consult your doctor or other qualified health care provider if you have any questions about a medical condition, or before taking any drug, changing your diet or commencing or discontinuing any course of treatment. Do not ignore or delay obtaining professional medical advice because of information accessed through ASN. Call 911 or your doctor for all medical emergencies.

Founded in 1966, and with nearly 16,000 members, the American Society of Nephrology (ASN) leads the fight against kidney disease by educating health professionals, sharing new knowledge, advancing research, and advocating the highest quality care for patients.