After Receiving Bad Advice, Bullying Victims Say They Would Give Same Bad Advice to Others 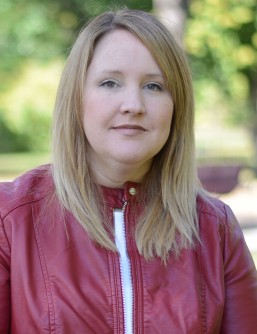 Bullying, In the Workplace, Psychology and Psychiatry, Local - Iowa, All Journal News

Newswise — AMES, Iowa – Targets of workplace bullying get plenty of advice from coworkers and family on how to respond to the situation and make it stop. While well intentioned, much of the advice victims receive is impractical or only makes their situation worse, said Stacy Tye-Williams, an assistant professor of communication studies and English at Iowa State University.

“If you haven’t experienced bullying, you don’t understand it and it is hard to imagine what you actually would do in the situation,” Tye-Williams said.

Still, that doesn’t stop people from offering advice. Friends and family do so because they want to be helpful, Tye-Williams said. In a paper published in the Journal of Applied Communication Research, Tye-Williams and Kathleen Krone, a co-author and professor at the University of Nebraska-Lincoln, interviewed nearly 50 employees who were being bullied at the time or had been bullied in the past. The most common advice the employees received – quit your job.

Tye-Williams says not only is quitting an unreasonable option financially, but several targets of bullying felt they had done nothing wrong and should not have to leave a job they enjoy. They expressed a “sense of moral justification” and were willing to take the abuse, not to let the bully win. Choosing to suffer silently rarely improved the situation for the target, Tye-Williams said.

In the paper, researchers shared the following response from a woman who had invested 20 years in her job and was the target of bullying.

“I’ve worked really, really hard, and why should I have to give up a job that I was good in because of…the unprofessional way that somebody else was behaving? I just didn’t feel it was fair,” the woman told researchers.

Researchers found some common themes among the advice victims received. These were the top five recommendations:

A small percentage of victims were also told to “punch the bully” or to “quit making things up.”

Many victims feared retaliation or further humiliation if they directly confronted the bully, and lacking a better option, they did nothing about the abuse. Despite the bad advice, most victims said they would tell others in their situation to do the same thing. This was initially puzzling to researchers, but Tye-Williams says it soon became clear that victims lacked insight into strategies that were helpful for dealing with workplace bullies.

“Targets really felt stuck and didn’t know what to do about the bullying. They repeated the same advice even though they felt it would not have worked for them, or if they did follow the advice it made the situation worse,” Tye-Williams said. “It became clear how important it is to help targets understand alternative approaches to addressing bullying.”

Developing a method or model for responding to workplace bullying must start with an open dialogue, in which people can share what has worked for them and brainstorm creative or different solutions, Tye-Williams said. An important start is to develop advice that is more useful, and disseminate stories in which targets successfully managed their situation. The best thing family members, friends, and colleagues can do is to simply listen without judgment to help targets work through available options, she said.

Employees shared very emotional accounts of the bullying they suffered, and strongly reacted when coworkers or friends told them not to cry or get upset. Telling a victim to calm down or conceal their emotion minimizes the experience and is not helpful, Tye-Williams said. She describes it as “really strange advice” given how some of these people were treated.

“To me it would be abnormal for someone to be treated in this way and have no emotional reaction,” Tye-Williams said. “Telling victims to calm down does a lot of damage. When we’re talking about traumatic work experiences, it’s important to allow people to have a space to express their very normal emotions.”

Researchers found that some victims, when told to calm down, tended to shut down and stop talking about the abuse and suffer silently. That’s why it’s necessary to provide victims with a safe space to openly talk about the situation and feel that their voice is being heard, Tye-Williams said. Through this research, she found going to a supervisor or human resources manager did not guarantee victims were taken seriously and the problem would be corrected.

Tye-Williams says the lack of managerial response or resolution is another example of the complexity in handling workplace bullying. Part of the complexity is trying to develop a rational, logical response to what is often an irrational situation. In many cases, managers expected employees to resolve the situation on their own, which was not a reasonable expectation, she said.

“Management is not always good about helping people navigate a conflict to reach a resolution. They don’t want to get involved, they expect employees to figure it out or that it’ll blow over,” Tye-Williams said. “It’s not that managers don’t want to be helpful, they often just don’t know how to be helpful.”