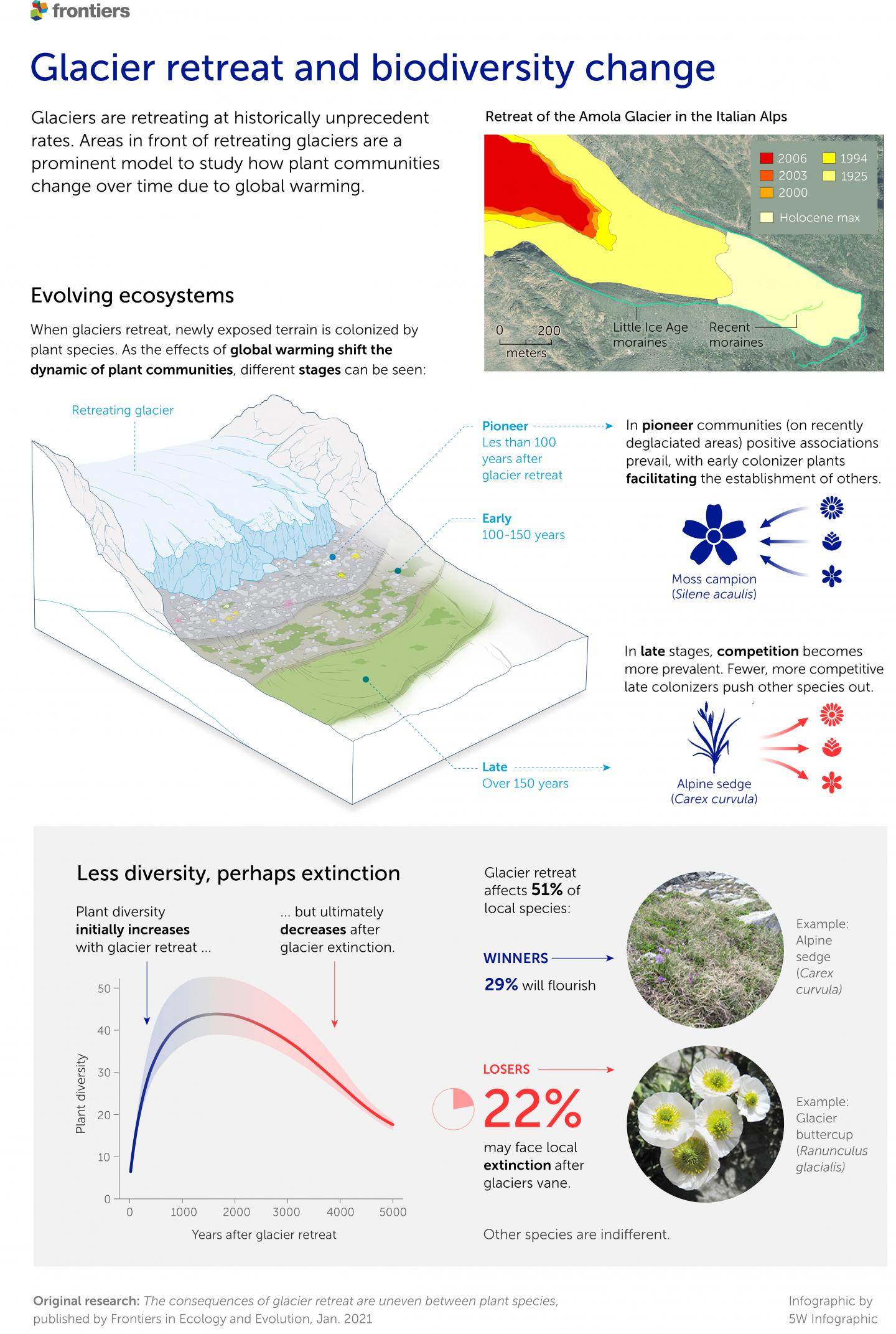 Biodiversity is threatened when glaciers melt 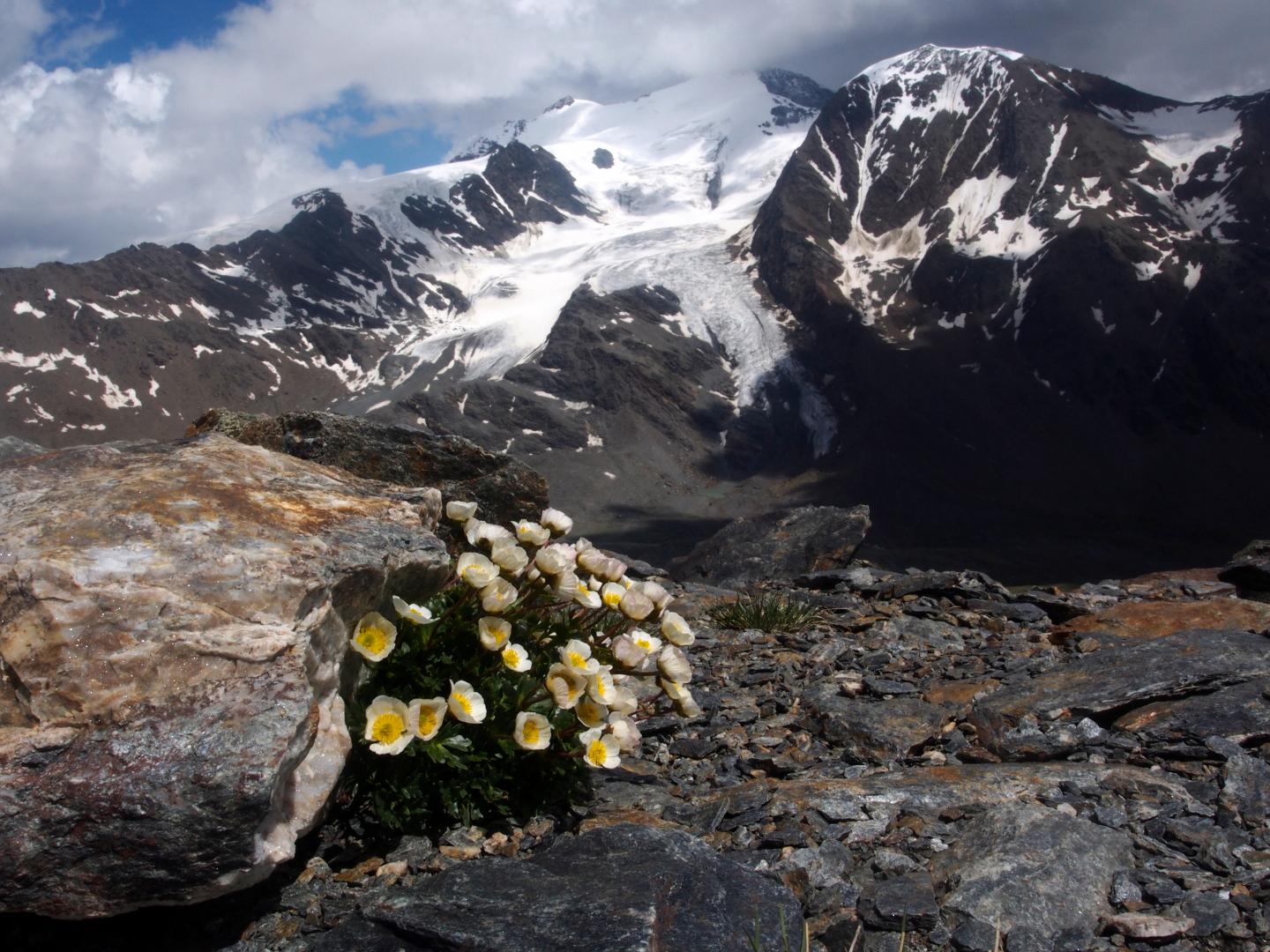 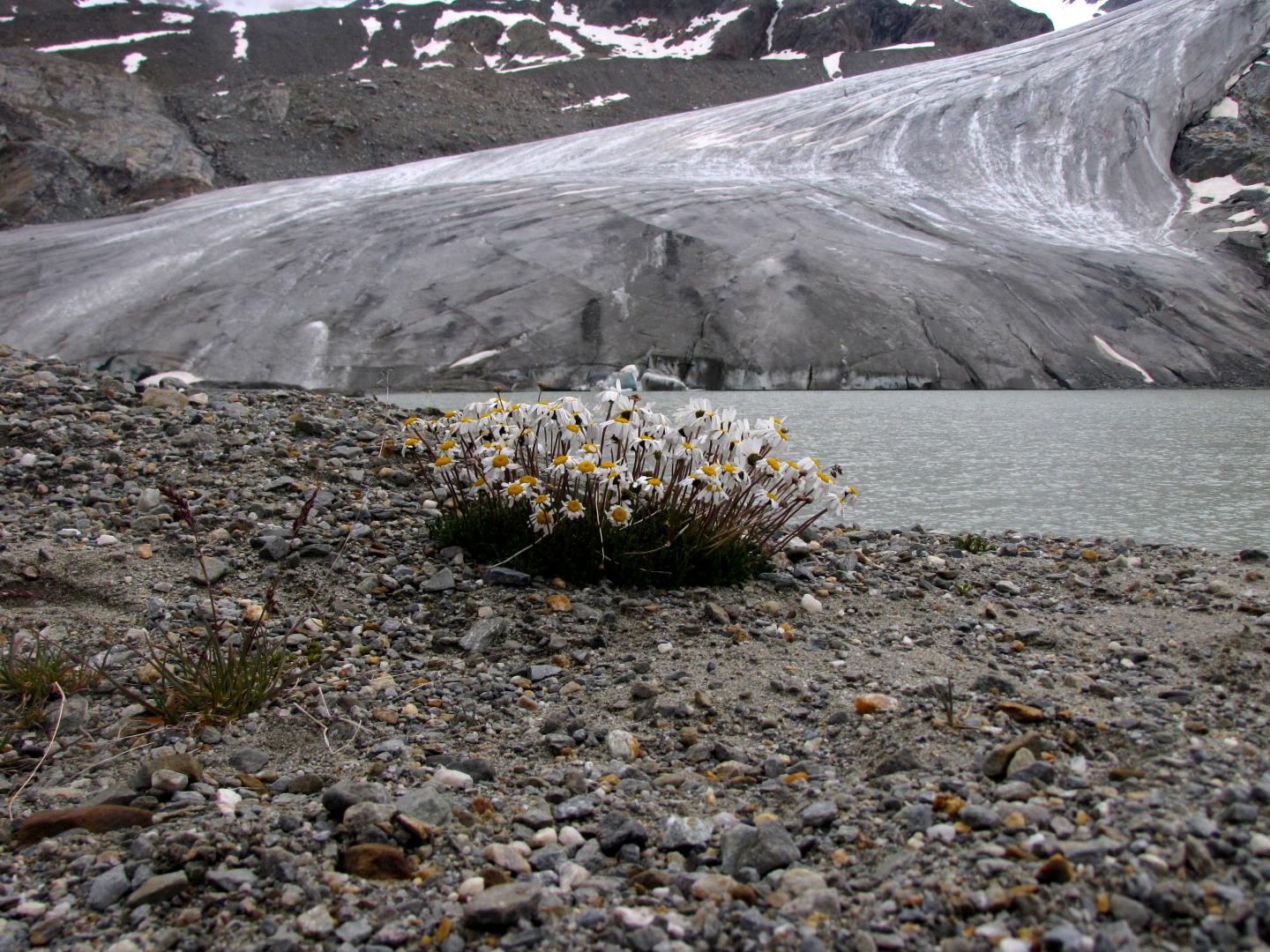 Leucanthemopsis alpina in front of the Rutor glacier in Italy

Newswise — Beyond the ski slopes, one of the most iconic symbols of the Alps are the alpine flowers. These plants are not only beautiful -- they are also used in liqueurs and medicines, and they form the foundation of the local food chains. But a recent study in Frontiers in Ecology and Evolution shows that, although plant diversity may initially increase with glacier retreat, many of these species may soon become endangered.

"Our results indicate that plant diversity will ultimately decrease once the glaciers disappear -- and up to 22% of the species we analyzed may locally disappear or even go extinct once the glaciers are gone," says lead author Dr Gianalberto Losapio of Stanford University in the USA. "We show that 'not all species are equal before global warming' and that there are some species benefiting from global warming -- the so- called 'winners,' -- while others -- 'the losers' -- will suffer."

As glaciers retreat, they expose newly available land for plants to grow, but this also changes the inhabitability and diversity of the downstream ecosystems. Losapio and his collaborators used geological records to reconstruct the positions of four glaciers in the Italian Alps, allowing them to approximate the age of downstream communities.

By combining this information with their own contemporary survey of 117 plant species and analyses of local environmental conditions, they used computational models to calculate how the plant distribution had changed over the past five millennia. These models also forecasted the effects of future glacier retreat.

Their findings indicated shifts in the interactions within plant communities, with competitive species becoming more prevalent in the long term. Although some cooperative species, such as Artemisia genipi, were the first to colonize terrain, their populations would decline within only 100 years.

Although there is some uncertainty in the calculated dates of the older communities, the researchers received similar estimates using alternative methods as well. These findings also do not explore the role of evolution, and it may be possible that some species have adapted to changing conditions in the past. But the unprecedented rate of current glacier retreat makes it unlikely that there is time for such adaptations now.

This study contributes to the United Nations' Convention on Biological Diversity and the UN Strategic Plan for Biodiversity 2011-2020. These objectives focus on understanding the mechanisms of biodiversity loss and increasing the conservation and sustainable management of threatened species and ecosystems.

"Plants are the primary producers at the basis of the food web that sustains our lives and economies, and biodiversity is key to healthy ecosystems -- biodiversity also represents an inestimable cultural value that needs to be properly supported," says Losapio. "Our study, with its results and innovative approach, may help conservationists, natural park managers and practitioners to mitigate and anticipate the consequences of anthropogenic impact on Earth's ecosystems."

Caption: Leucanthemopsis alpina in front of the Rutor glacier in Italy