Aspirin Intake May Stop Growth of Tumors That Cause Hearing Loss 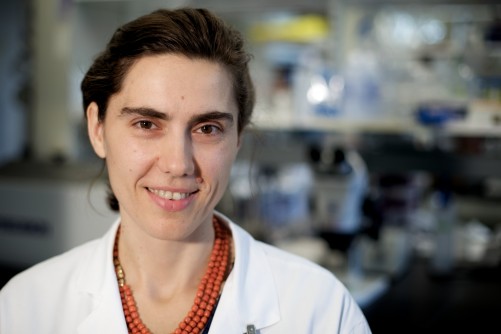 Motivated by experiments in the Molecular Neurotology Laboratory at Mass. Eye and Ear involving human tumor specimens, the researchers performed a retrospective analysis of over 600 people diagnosed with vestibular schwannoma at Mass. Eye and Ear. Their research suggests the potential therapeutic role of aspirin in inhibiting tumor growth and motivates a clinical prospective study to assess efficacy of this well-tolerated anti-inflammatory medication in preventing growth of these intracranial tumors.

“Currently, there are no FDA-approved drug therapies to treat these tumors, which are the most common tumors of the cerebellopontine angle and the fourth most common intracranial tumors,” explains Konstantina Stankovic, M.D., Ph.D., who led the study. “Current options for management of growing vestibular schwannomas include surgery (via craniotomy) or radiation therapy, both of which are associated with potentially serious complications.”

The findings, which are described in the February issue of the journal Otology and Neurotology, were based on a retrospective series of 689 people, 347 of whom were followed with multiple magnetic resonance imaging MRI scans (50.3%). The main outcome measures were patient use of aspirin and rate of vestibular schwannoma growth measured by changes in the largest tumor dimension as noted on serial MRIs. A significant inverse association was found among aspirin users and vestibular schwannoma growth (odds ratio: 0.50, 95 percent confidence interval: 0.29-0.85), which was not confounded by age or gender.

“Our results suggest a potential therapeutic role of aspirin in inhibiting vestibular schwannoma growth,” said Dr. Stankovic, who is an otologic surgeon and researcher at Mass. Eye and Ear, Assistant Professor of Otology and Laryngology, Harvard Medical School (HMS), and member of the faculty of Harvard’s program in Speech and Hearing Bioscience and Technology.

This work was funded by National Institute on Deafness and Other Communication Disorders grants T32 DC00038, K08DC010419 and by the Bertarelli Foundation. A full list of authors is available in the paper.

About Massachusetts Eye and Ear Mass. Eye and Ear clinicians and scientists are driven by a mission to find cures for blindness, deafness and diseases of the head and neck. After uniting with Schepens Eye Research Institute Mass. Eye and Ear in Boston became the world's largest vision and hearing research center, offering hope and healing to patients everywhere through discovery and innovation. Mass. Eye and Ear is a Harvard Medical School teaching hospital and trains future medical leaders in ophthalmology and otolaryngology, through residency as well as clinical and research fellowships. Internationally acclaimed since its founding in 1824, Mass. Eye and Ear employs full-time, board-certified physicians who offer high-quality and affordable specialty care that ranges from the routine to the very complex. U.S. News & World Report’s “Best Hospitals Survey” has consistently ranked the Mass. Eye and Ear Departments of Otolaryngology and Ophthalmology one of the top hospitals in the nation.