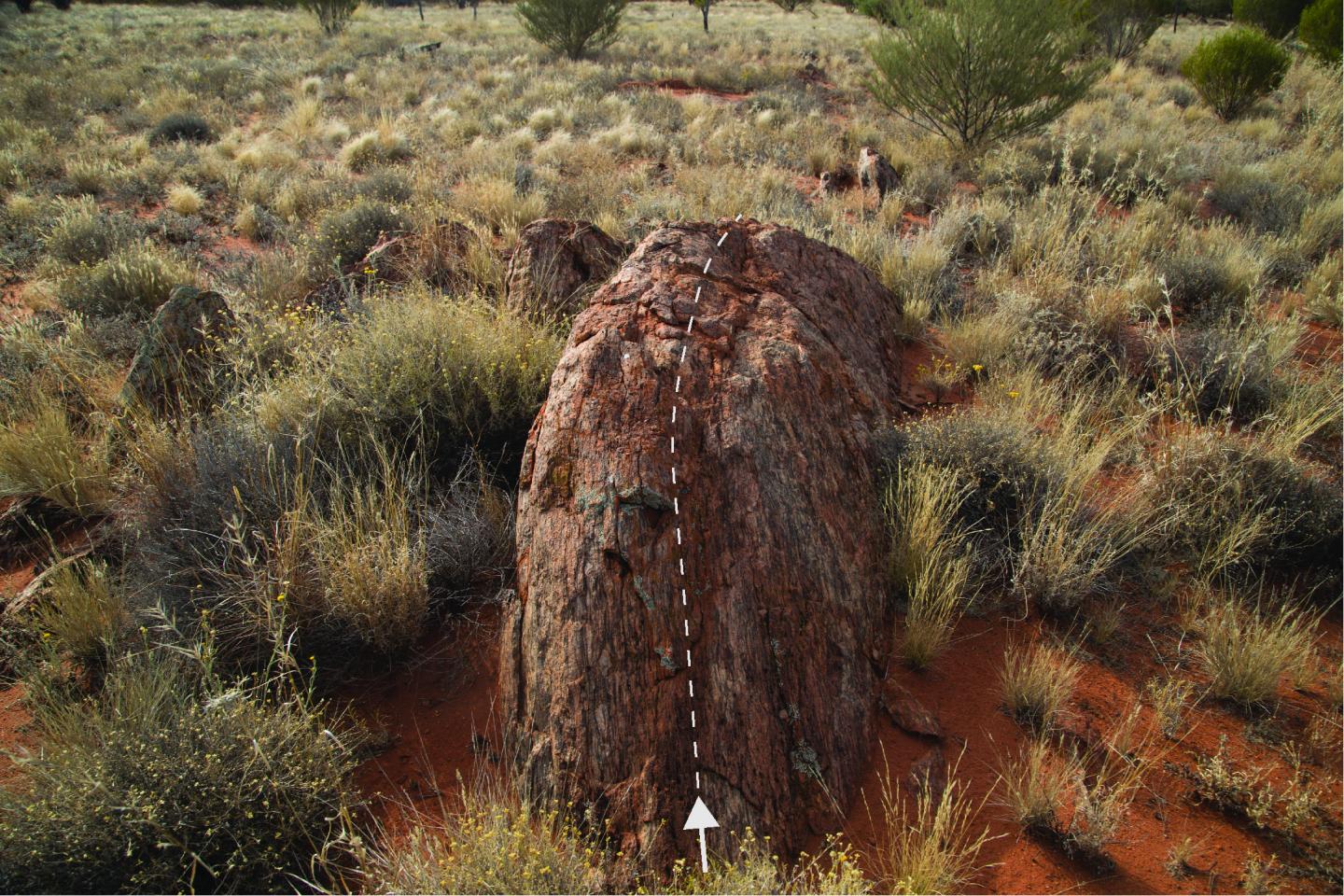 Newswise — Seismological and geological studies led by University of Melbourne researchers show the 2016 magnitude 6.0 Petermann earthquake produced a landscape-shifting 21 km surface rupture. The dimensions and slip of the fault plane were guided by zones of weak rocks that formed more than 500 million years ago.

The unusually long and smooth rupture produced by this earthquake initially puzzled scientists as Australia's typically strong ancient cratons tend to host shorter and rougher earthquakes with greater displacements at this magnitude.

"We found that in regions where weaker rocks are present, earthquakes may rupture faults under low friction," said University of Melbourne Research Fellow, Dr Januka Attanayake.

"This means that structural properties of rocks obtained from geologic mapping can help us to forecast the possible geometry and slip distributions of future earthquakes, which ultimately allow us to better understand the seismic hazard posed by our many potentially active faults.

"Australia regularly incurs earthquakes of this magnitude that could, if located close to our urban centers, create catastrophic damage similar to that incurred in the fatal 2011 magnitude 6.2 Christchurch earthquake in New Zealand. Luckily, most of these earthquakes in Australia have occurred in remote areas."

The Petermann Ranges, extending 320km from east Central Western Australia to the southwest corner of the Northern Territory, started forming about 600 million years ago when an Australian intracontinental mountain building event termed the Petermann Orogeny occurred.

Dr Attanayake said seismic and geologic data collected from the near-field investigation of the Petermann earthquake four years ago by a research team comprising Dr Tamarah King, Associate Professor Mark Quigley, Gary Gibson, and Abe Jones in the School of Earth Sciences helped determined that weak rock layers embedded in the strong crust may have played a role in setting off the rare earthquake.

Despite a major desert storm severely hampering field work, the geologists scoured the land for evidence of a surface rupture, both on foot and using a drone, which they eventually located two weeks into their field work. As a result researchers were able to map in detail the deformation associated with a 21 kilometre long trace of a surface rupture, along which the ground had uplifted with a maximum vertical displacement of one metre.

Seismologists rapidly deployed broadband seismometers to detect and locate aftershocks that provide independent information to estimate the geometry of the fault plane that ruptured.

Dr Attanayake said "The Petermann earthquake is a rare example where we've been able to link earthquakes with pre-existing geologic structure by combining seismological modelling and geological field mapping.

"With this insight about what caused Central Australia's old, strong, and cold cratonic crust to break and produce this significant earthquake, seismic and geologic data might help us infer possible geometries of fault planes present beneath our urban centres and forecast seismic hazard."

Bulletin of the Seismological Society of America