28-Jul-2016 9:05 AM EDT, by University of Texas Health Science Center at Houston
favorite_border 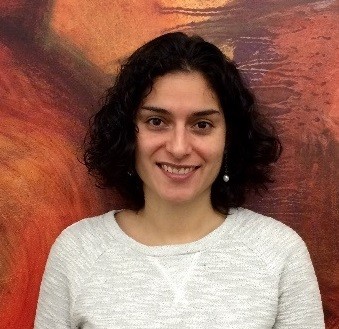 Newswise — HOUSTON – (July 28, 2016) – In a paper published today in a special physical activity series of The Lancet, the Coordinated Approach to Child Health (CATCH) program developed by researchers at The University of Texas Health Science Center at Houston (UTHealth) was identified as an excellent example of an evidence-based physical activity intervention that has been successfully scaled up to affect population health.

Salvo defined a successfully scaled-up physical activity intervention as one that not only reaches a large number of people, but also becomes embedded in a system and continues to operate, grow and have an impact on people’s health even after the research funding for translation and dissemination has ended.

CATCH is designed to promote a healthy school environment through five modules: physical education, child nutrition services, classroom health promotion, families and communities and, most recently, sun protection. Over 10,000 sites across the world have adopted CATCH, mostly in the United States. In Texas, researchers led dissemination efforts by engaging health and education authorities and subsidizing the training of teachers and distribution of materials for schools. A substantial body of evidence shows that CATCH is effective at increasing physical activity in school-age children, according to the paper.

“This article highlights the importance of taking research findings and putting them into practice in real life applications, using our CATCH program as an example. The successful dissemination of CATCH has been due to outstanding investigators and staff, community partners, and ongoing investments from many philanthropic groups, as well as a continued relationship with UTHealth School of Public Health,” said Deanna Hoelscher, Ph.D., R.D., John P. McGovern Professor in Health Promotion and director of the Michael & Susan Dell Center for Healthy Living at UTHealth School of Public Health in Austin.

In addition to successfully scaled-up, evidence-based interventions such as CATCH, which are more common in developed countries like the United States, Salvo and the team of researchers identified examples of practice-based, scaled-up physical activity interventions in low- and middle-income countries. These included examples such as bus rapid transit systems and sports-for-development programs. While these interventions were not built on evidence-based practices, they were efficient at scaling up quickly and at becoming embedded in a system, according to Salvo.

Bus rapid transit systems are typically found in middle-income countries and involve high-speed, mass public transport using buses running on separate lanes from cars and stopping at modern, elevated stations spaced farther apart than traditional stops. While the main goal of these transit systems is not to increase physical activity, they have been shown to effectively promote active transit, making them a good example of practice-based evidence.

“The majority of the things that influence physical activity do not have to do with health. They come from social interactions, education, transportation systems, environmental sustainability, urban design or equity promotion. Physical activity becomes a co-benefit,” said Salvo, who is also an adjunct researcher and faculty member at the National Institute of Public Health of Mexico.

Researchers at the School of Public Health have been examining the impact on physical activity of scaling up public transit systems through the Houston TRAIN Study. Bill Kohl, Ph.D., and Casey Durand, Ph.D., are studying how the expansion of Houston’s light rail system will affect the physical activity levels of the city’s residents. Salvo is also part of the investigative team of the Houston TRAIN Study.

In the paper, Salvo concluded that researchers should shift their focus from conducting small-scale, controlled behavior change studies, which are not always scalable, to understanding the processes and steps needed to successfully scale up physical activity interventions. She says researchers could learn from the interventions of low- and middle-income countries, where physical activity promotion strategies have scaled up quickly, often without substantial evidence on their effectiveness for health.