4-May-2017 8:05 AM EDT, by Michigan Technological University
favorite_border 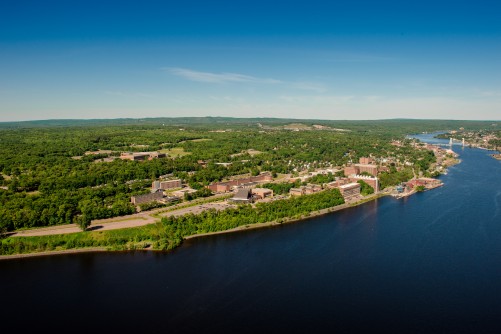 Interactive modules developed at Michigan Technological University help federal employees in the US Forest Service and the Navy understand climate change science and how to apply mitigation strategies to land management.

Newswise — Scientists have long known that the Earth’s climate is changing, but finding interactive and up-to-date information about why it’s changing and what can be done to mitigate the changes can be difficult.

The Northern Institute of Applied Climate Science—a partnership between the Forest Service and Michigan Tech—co-chairs the Climate Change Resource Center, where the modules are available. The materials cover the basics of climate science, its impacts and how people are adapting to change in land management practices. Kailey Marcinkowski, a climate change education specialist with NIACS, said it’s important to note that the modules are strictly about science.

“These modules are not political. They’re not taking a stance,” Marcinkowski said. “They’re telling you the science and the facts that have been peer reviewed. We’re not pushing an agenda at all.”

In the past few years since the modules were rolled out, other branches of the government have discovered that the usefulness of the modules goes beyond merely meeting the needs of the Forest Service. The Department of Defense also started using the modules as well.

Kristen Schmitt, a climate change outreach specialist at the Northern Institute of Applied Climate Science, began teaching courses for military personnel to supplement the modules themselves. She has conducted three to four courses annually, which are usually limited to 25 participants,  including officers, non-officers and some civilian staff on bases.

“A lot of times I worry that the material we are presenting is too basic,” Schmitt said. “A lot of the basic climate change science information is still very necessary, even among folks who are very knowledgeable about other scientific issues and very knowledgeable in their fields.”

Schmitt noted that information from the module has already proven itself useful. She gave the example of how base staff are addressing flooding at Norfolk Naval Base as sea levels rise.

And while the modules’ reception has been mostly positive, there has been some push-back.

“Climate change is still so polarized,” Schmitt said. “It seems to help explain it as risk management. No matter what you feel about the science, your job in this case is to make sure the buildings on the base don’t flood. Sea level rise could be one to four feet higher by the end of the century, and it needs to be incorporated into planning.”

But the modules are just a piece of what the Northern Institute of Applied Climate Science does within the context of a broader program the institute has for climate change outreach and helping people with adaption.