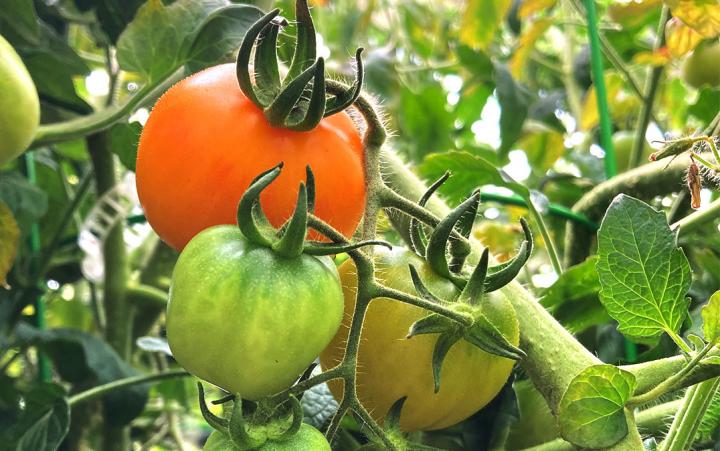 Researchers from University of Tsukuba and University of Florida have found that pigments controlling the color of tomatoes also play a role in determining their flavor. By analyzing the pigment profiles of 157 different tomato varieties, the team showed that fruit with high chlorophyll levels had a higher sugar content, and that the carotenoid, prolycopene, is associated with an abundance of aroma compounds. Understanding how growing conditions influence pigment profiles could improve the flavor of tomatoes.

Newswise — Ibaraki, Japan - The flavor of a tomato is an interaction between its taste and aroma. Now, researchers from Japan and the United States have revealed that the pigments that determine the colors of tomatoes also affect their flavor.

In a study published this month, researchers from University of Tsukuba developed a new method to rapidly measure the pigment profiles of tomatoes and used the technique to explore how pigments affect the taste and aroma of different tomato varieties.

The color of tomatoes is produced by combinations of different types of pigments, including carotenoids and chlorophylls. These pigments can also affect the accumulation of flavor-related compounds such as sugars, which affect the taste of tomatoes, and volatile organic compounds (VOCs), which determine the aroma. As tomato fruits ripen from green to red, the amounts of pigments and flavor-related compounds change but until now the relationship between color and flavor has been unclear.

"Pigments like carotenoids have no taste," says lead author Professor Miyako Kusano, "but they are precursors for compounds called apocarotenoid-VOCs (AC-VOCs) which produce the fruity/floral smell of tomatoes and increase the perception of sweetness--characteristics that appeal to consumers."

Traditional methods for identifying and measuring pigments can be slow, so the researchers developed a simple method to rapidly analyze large numbers of samples. Using the new technique, the team measured the amounts of carotenoids and chlorophylls in 157 different varieties of tomato and then analyzed the flavors of each variety to find the links between pigments and flavor.

The results showed that tomato varieties with an abundance of chlorophyll also had a high sugar content, contributing to a sweet taste. They also found that the carotenoid profiles of the fruit reflected the appearance of the fruit, as well as AC-VOC levels.

"The pigment profile of one of the orange-colored varieties called "Dixie Golden Giant" was particularly interesting," explains Professor Kusano. "It had very high levels of AC-VOCs, but the carotenoid content wasn't that high. We discovered that the pigment prolycopene was abundant in this variety, which explained the high AC-VOC levels."

The carotenoid content of fruit is influenced by growing conditions, like temperature and amount of light. By looking at the pigment profiles and AC-VOC content of fruits in different environments, it may be possible to find ways of improving AC-VOC production, which is good for both consumers and producers.

Given its speed, the new method developed by the team is a powerful tool for analyzing pigment concentrations in large numbers of samples and could also be used for other fruits and vegetables.

The article, "High-throughput chlorophyll and carotenoid profiling reveals positive associations with sugar and apocarotenoid volatile content in fruits of tomato varieties in modern and wild accessions," was published in Metabolites at DOI: 10.3390/metabo11060398.

This work was funded by the "Sustainable Food Security Research Project" in the form of an operational grant from the National University Corporation and The Yanmar Environmental Sustainability Support Association, Japan. This work was also supported by the JSPS KAKENHI Grant Number 19K05711 and by a grant from the National Science Foundation (IOS 1855585). The authors declare no competing interests.