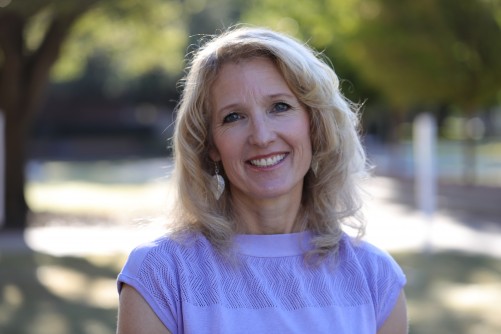 Newswise — WACO, Texas (Oct. 29, 2018) — Veterans with combat-related post-traumatic stress disorder were less anxious and depressed and had an improved quality of life after an eight-week therapeutic horseback riding program, according to a Baylor University study.

“PTSD is difficult to treat. But those who went through the program reported lessening of symptoms and better mental health,” said lead author Beth A. Lanning, Ph.D., associate chair and associate professor of public health in Baylor’s Robbins College of Health and Human Sciences.

“The veterans felt less anxious, depressed, angry and isolated than before the intervention,” she said. “They indicated feelings of self-acceptance, increased confidence, gratitude and hope, as well as increased patience.”

The data revealed clinically significant improvements in depression and post-traumatic stress symptoms in the veterans who participated in the therapeutic riding program compared to those who did not participate.

The finding is significant because 17 years after 9/11, combat-related PTSD in military service personnel remains a national public health concern, with an estimated 2 to 17 percent of veterans suffering from the disorder. Mental health diagnoses among active duty military personnel have increased by 65 percent during the past decade, including adjustment disorders, depression, substance abuse, anxiety and PTSD, according to the Armed Forces Health Surveillance Center. Further, the U.S. Department of Veterans Affairs estimates that 20 veterans commit suicide every day.

The study was published in the Human-Animal Interaction Bulletin.

While animal-assisted activities and therapies are emerging as an effective intervention for mental and physical health issues among various groups of people, few studies include military service members. To date, this is the largest published study designed to examine the immediate and long-term effects of therapeutic riding on post-traumatic stress symptoms, depression and quality of life for military service members, Lanning said.

Requirements for participants included having served in any of the three Iraq and Afghanistan war missions; not having participated in any equine-assisted therapies or activities in the past six months; and having been diagnosed with PTSD.

The study included 89 participants in two groups — one composed of 51 individuals who went through the horseback riding and one a comparison group of 38 veterans. Those in both groups were allowed to continue traditional therapy such as cognitive behavioral therapy and medications if already enrolled. A little more than half were attending a traditional psychotherapy program; 36 percent had completed a therapy program such as cognitive behavioral therapy.

The eight-week horseback riding program consisted of weekly 90-minute sessions, with participants sharing a meal before each session. The first four weeks included grooming, leading and working with the horse in a round pen to develop a relationship. The last four weeks including riding and horsemanship exercises. Participants selected their own horse for the program, and a riding instructor certified by Professional Association for Therapeutic Horsemanship International (PATH) supervised all program sessions. Additionally, each horse-rider pair was accompanied by a trained volunteer who was a military service member not participating in the study.

Participants completed self-assessments before the start of the study, at the mid-point, at the end of the treatment and at a two-month follow-up. Participants also named a person who knew them well, such as a significant other or family member, to complete an assessment of participants’ functioning at the beginning and end of the program.

Varying intervention and treatment options are available within and outside the Veterans Affairs healthcare system, but many veterans do not access help or do not complete the course of treatment for a variety of reasons. Researchers of a previous study examining PTSD treatments found that a little more than half of the individuals who enrolled in and completed traditional therapy no longer met the PTSD criteria after completing it. While encouraging, the failure rate is still high, and many veterans do not seek traditional therapy for mental issues, Lanning said. Alternative and complementary interventions should be considered as possible treatments to improve mental and physical health. Animal-assisted activities and therapies, specifically with horses, are viable and potentially effective intervention options for various populations, she said.

The therapeutic effects of equine-assisted interventions can be best summed up by the veterans’ own words, said Lanning, citing them.

“. . . the program (therapeutic riding) has been the first that lets me totally forget about things and slows the racing thoughts. I didn’t have reminders (of trauma) keep popping in.” — Veteran participant.

“I was at the point where I was desperate, depressed, hopeless . . . this (therapeutic riding) just sounded like a chance. And it worked.” — Veteran participant.

The study — “Therapeutic Horseback Riding as a Complementary Intervention for Military Service Members with PTSD” — is published in Human-Animal Interaction Bulletin. The study was approved by the university Institutional Review Board and the Institutional Animal Care and Use Committee. One arm of the study also was approved by Brook Army Medical Center Institutional Review Board. Co-researchers included Amelia L. Wilson of William Beaumont Army Medical Center in El Paso; Robert Woelk of Hope for Heroes Equine Therapy Consulting; and A. Alexander Beaujean, associate professor of psychology and neuroscience at Baylor. The study was funded by a grant from Horses and Humans Research Foundation and in-kind support by several therapeutic horseback riding programs.

ABOUT THE ROBBINS COLLEGE OF HEALTH AND HUMAN SCIENCES

The Robbins College of Health and Human Sciences at Baylor University was established in 2014, a result of identified priorities for strengthening the health sciences through Baylor’s strategic vision, Pro Futuris, which serves as a compass for the University’s future. The anchor academic units that form the College are Communication Sciences and Disorders; Family and Consumer Sciences; Health, Human Performance and Recreation; and Public Health, with their purpose to improve health and quality of life. The College works to create curricula that promote a team-based approach to patient care and establish interdisciplinary research collaborations to advance solutions for improving the quality of life for individuals, families and communities. For more information visit www.baylor.edu/chhs.