Corn and Soybean Markets Up Slightly Going Into Planting Season, According to Economist 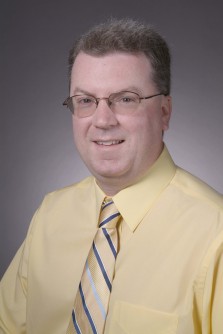 Chad Hart, associate professor of economics and grain markets specialist at Iowa State University,  said commodity prices going into this year’s planting season have improved compared to a year ago, leading to “cautious optimism” among producers. Hart said soybean prices have improved between 50 cents and a dollar per bushel over the spring of 2016, and corn prices have risen 10 to 15 cents over last year. The bump in prices resulted from expanded demand from ethanol and livestock producers as well as growing international demand.

Iowa State can provide a broadcast studio for interviews, and Hart's bio is available here: http://www.card.iastate.edu/people/profile/?n=chad-e-hart

But Hart said he doesn’t expect a full rebound in prices due to massive supplies that have piled up as a result of big harvests each of the last few years.

“Farmers are approaching their fields with better prices than what they were a year ago,” Hart said. “The challenge this year with the number of acres we’re expecting is that more huge supplies will put downward pressure on prices for the near term.”

A full recovery from the low prices of recent years most likely will require a reduction in supplies, Hart said.

“Farmers are seeing big demand, but we’ve been meeting that demand with big supplies,” Hart said. “Demand continues to grow, but we know that it’s going to take supplies getting a little smaller somewhere for prices to really improve.”

Recent USDA projections predicted a shift in acres toward soybeans in 2017. That’s because low prices in recent years have tightened profit margins, making soybeans increasingly attractive because of their lower seed and fertilizer costs, Hart said.