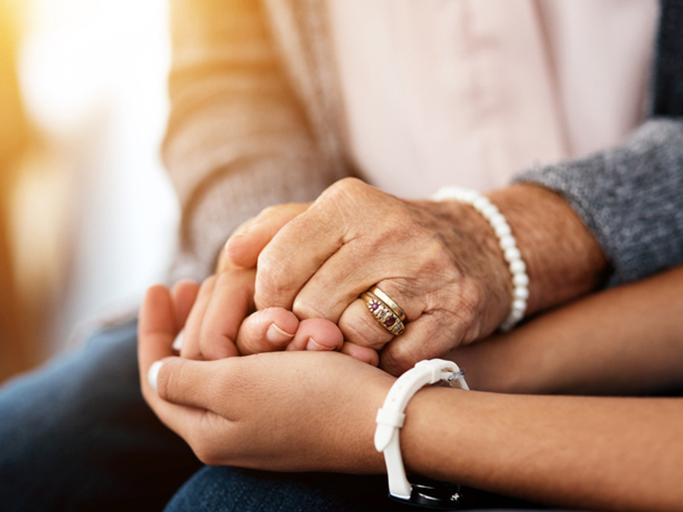 One study, published in the Journal of Clinical Psychiatry, shows a link between an inflammatory molecule in the blood and a person’s likelihood of depressive symptoms. The other study, in the journal Maturitas, indicates which symptoms of menopause are most predictive of depression.

Both studies are based on data from the Dallas Heart Study (DHS), which since 2000 has tracked the health of thousands of participants with the goal of improving the diagnosis, prevention, and treatment of heart disease.

“The DHS dataset is an extraordinary resource at UT Southwestern,” says Sherwood Brown, M.D., Ph.D., senior author of both papers and professor of psychiatry and vice chair for clinical research at UTSW.

The first two years of the study, more than 6,000 residents of Dallas County completed a detailed medical survey; 3,500 of them, aged 30 to 65, provided blood samples and underwent imaging studies. The DHS put particular emphasis on recruiting a diverse group; more than half of all participants were African American and 17 percent were Hispanic.

In the process of collecting information, data useful for studying other medical conditions was amassed. Brown immediately saw the utility for the DHS data in his own work on depression.

Depression is estimated to affect 4.4 percent of the world’s population, making it one of the leading causes of disability. Researchers have struggled to understand all the molecular changes in the body that accompany major depressive disorder. More than 20 years ago, clinicians found that a pro-inflammatory drug used to treat some diseases could cause depression. Since that time, researchers including Brown have wondered about the link between inflammatory molecules and depression.

To that end, Brown and Samara Huckvale – an undergraduate at Columbia University who as a high school student worked in Brown’s lab in 2019 through UT Southwestern’s STARS (Science Teacher Access to Resources at Southwestern) Summer Research Program – analyzed data on 3,033 adults who had provided blood samples and completed a depression screening questionnaire as part of the DHS. The STARS Program, begun in 1991, provides summer research opportunities to high school students.

They discovered that levels of GlycA, an inflammatory molecule that’s not routinely tested for in patients, correlated with the severity of depressive symptoms. Even after controlling for factors such as sex, ethnicity, antidepressant use, education, and body mass index, GlycA levels remained associated with depression severity.

“This study suggests that maybe we could predict or diagnose depression based on inflammatory scores,” says Huckvale, who aspires to be a chemist. “Or maybe eventually we’ll be able to design therapies that actually target this inflammation to treat depression.”

Brown, who holds the Lou and Ellen McGinley Distinguished Chair in Psychiatric Research and the Aradine S. Ard Chair in Brain Science, adds that he’d like to study whether GlycA levels can predict how well a treatment for depression works or help guide the best antidepressants for particular patients. He’d also like to follow patients over time to gauge whether GlycA levels rise before or after the onset of depression symptoms.

In the Maturitas paper, Brown and his colleagues used DHS data to study menopausal women, a group known to have an increased risk of depression.

“There are very different cultural and ethnic experiences around menopause, so it was important to us to look at a very diverse sample of women,” says Michael Xincheng Ji, co-first author of the study and a fourth-year UTSW medical student.

As part of the Dallas Heart Study, the women reported whether they had symptoms classically associated with menopause, which the researchers grouped into vasomotor, psychosocial, physical, or sexual symptoms. In addition, each woman completed the Quick Inventory of Depressive Symptomatology-Self Report survey (QIDS-SR), which gauged the presence of depression symptoms.

“Recognizing patterns in who is most likely to develop depression is really important to help guide our screening efforts,” says Sydney Singleterry, co-first author of the new work and a fourth-year UTSW medical student.

“What we hope is that these findings make clinicians think about the possibility of depression when they hear a woman reporting these symptoms,” says Brown, also a member of the Peter O’Donnell Jr. Brain Institute.

Other UTSW researchers who contributed to the Journal of Clinical Psychiatry paper were Stephanie Reyes, Alexandra Kulikova, Anand Rohatgi, and Kayla Riggs. The work was supported, in part, by the STARS program, the National Center for Advancing Translational Sciences (UL1TR001105), and the Donald W. Reynolds Cardiovascular Clinical Research Center.

Other UTSW researchers who contributed to the Maturitas study were Alexandra Kulikova, Yaprak Harrison, and Geetha Shivakumar. The research was supported by funds from the National Center for Advancing Translational Sciences (UL1TR001105).