Do Children with Tourette Syndrome Have an Advantage at Language? 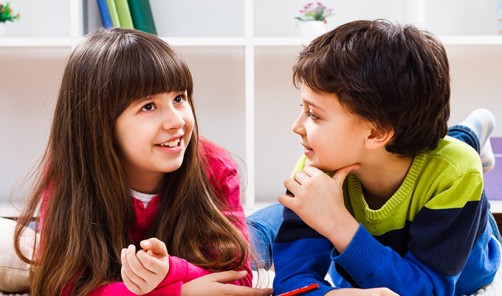 Newswise — Researchers from Newcastle University UK, and Northwestern, Johns Hopkins, and Georgetown in the USA, found that children with the neurological disorder were faster at assembling sounds into words – the part of language called phonology –than typically developing children. They believe this is linked to abnormalities in the brain that underpin the disorder.

Tourette syndrome is a neurodevelopmental disorder characterised by motor and vocal tics - semi-voluntary movements and vocalisations. According to the charity Tourettes Action UK, it is estimated the condition affects about one child in every hundred, and that more than 300,000 children and adults in the UK live with it.

Lead author Cristina Dye, Lecturer in child language development at Newcastle University, says “Research examining children with disorders such as Tourette syndrome usually explore difficulties or weaknesses. We wanted to examine potential areas of strength, as a way to broaden understanding of this disorder. However, further research is needed to determine whether this apparent strength could translate into actual advantages in daily life.”

Senior author Michael Ullman, Professor of Neuroscience at Georgetown University, added: “The finding that children with Tourette syndrome are faster at assembling sounds in phonology is consistent with our previous finding that they are fast at another aspect of language: putting together meaningful parts of words, such as “walk” and “-ed”, which is called morphology.

“Together, the two studies suggest that children with Tourette syndrome may be fast at processing grammar more generally, that is, at rule-governed combination in language. This is a striking possibility, since grammar is so important in giving language its amazing flexibility and power.”

The researchers say findings may have clinical implications. “We know that children with most neurodevelopmental disorders have difficulty assembling sounds. So such tasks could potentially be used as an early predictor or diagnostic of Tourette syndrome in at-risk children”, says Dr Dye.

Thirteen children diagnosed with Tourette syndrome and 14 typically developing children, aged between eight and 16 years, took part in the study. The youngsters were asked to repeat a set of made-up words, such as ‘naichovabe’. In such “non-word repetition tasks” people seem to non-consciously take apart and then recombine the sounds while repeating them. Although the two groups of children were similarly accurate at repeating the made-up words, the children with Tourette syndrome were much faster than the control group.

The new result is also consistent with evidence suggesting faster cognitive processing in other areas such as motor function. “We believe the underlying brain abnormality of Tourette syndrome that leads to rapid tics may also lead to the speeded performance of other processes,” said Dr Dye.

The paper, A verbal strength in children with Tourette syndrome? Evidence from a non-world repetition task is published in this month’s volume of the Brain and Language Journal.