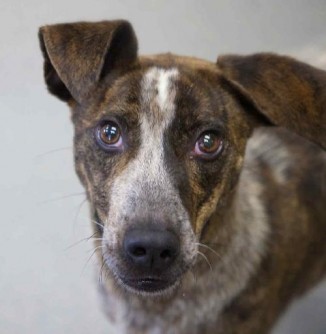 Newswise — More than 140 years ago, Charles Darwin noticed something peculiar about domesticated mammals. Compared to their wild ancestors, domestic species are more tame, and they also tend to display a suite of other characteristic features, including floppier ears, patches of white fur, and more juvenile faces with smaller jaws. Since Darwin’s observations, the explanation for this pattern has proved elusive, but now, in a Perspectives article published in the journal GENETICS, a new hypothesis has been proposed that could explain why breeding for tameness causes changes in such diverse traits.

The underlying link between these features could be the group of embryonic stem cells called the neural crest, suggest the authors. Although this proposal has not yet been tested, it is the first unified hypothesis that connects several components of the “domestication syndrome.” It not only applies to mammals like dogs, foxes, pigs, horses, sheep and rabbits, but it may even explain similar changes in domesticated birds and fish.

“Because Darwin made his observations just as the science of genetics was beginning, the domestication syndrome is one of the oldest problems in the field. So it was tremendously exciting when we realized that the neural crest hypothesis neatly ties together this hodge-podge of traits,” says Adam Wilkins, from the Humboldt University of Berlin. Wilkins is an editor at GENETICS and one of the paper’s authors.

Neural crest cells are formed near the developing spinal cord of early vertebrate embryos. As the embryo matures, the cells migrate to different parts of the body and give rise to many tissue types. These tissues include pigment cells and parts of the skull, jaws, teeth, and ears—as well as the adrenal glands, which are the center of the “fight-or-flight” response. Neural crest cells also indirectly affect brain development.

In the hypothesis proposed by Wilkins and co-authors Richard Wrangham of Harvard University and Tecumseh Fitch of the University of Vienna, domesticated mammals may show impaired development or migration of neural crest cells compared to their wild ancestors.

“When humans bred these animals for tameness, they may have inadvertently selected those with mild neural crest deficits, resulting in smaller or slow-maturing adrenal glands,” Wilkins says. “So, these animals were less fearful.”

But the neural crest influences more than adrenal glands. Among other effects, neural crest deficits can cause depigmentation in some areas of skin (e.g. white patches), malformed ear cartilage, tooth anomalies, and jaw development changes, all of which are seen in the domestication syndrome. The authors also suggest that the reduced forebrain size of most domestic mammals could be an indirect effect of neural crest changes, because a chemical signal sent by these cells is critical for proper brain development.

"This interesting idea based in developmental biology brings us closer to solving a riddle that’s been with us a long time. It provides a unifying hypothesis to test and brings valuable insight into the biology of domestication,” says Mark Johnston, Editor-in-Chief of GENETICS.

Tests of the neural crest hypothesis may not be far off, as other scientists are rapidly mapping the genes that have been altered by domestication in the rat, fox, and dog. The hypothesis predicts that some of these genes will influence neural crest cell biology.

If so, we will have a much deeper understanding of the biology underlying a significant evolutionary event, Wilkins says. “Animal domestication was a crucial step in the development of human civilizations. Without these animals, it’s hard to imagine that human societies would have thrived in the way they have.”

Paper proofs are available to journalists before embargo at: https://www.dropbox.com/sh/18a349mttwdzp10/AABuOuB3wL9mS2jAG4HseiE6a

About GENETICSSince 1916, GENETICS (http://www.genetics.org/) has published high quality, original research on a range of topics bearing on inheritance, including population and evolutionary genetics, complex traits, developmental and behavioral genetics, cellular genetics, gene expression, genome integrity and transmission, and genome and systems biology. A peer-reviewed and peer-edited publication of the Genetics Society of America, GENETICS is one of the world’s most cited journals in genetics and heredity.