A UW-led team has found that early spring rainfall warms up a thawing permafrost bog in Alaska and promotes the growth of plants and methane-producing microbes. 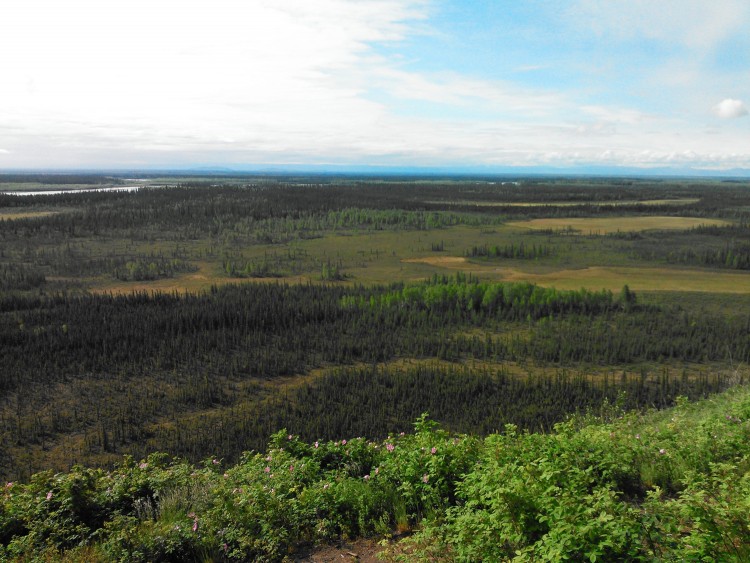 Grassy plants called sedges grow across the surface of the bog that Neumann and her team studied. 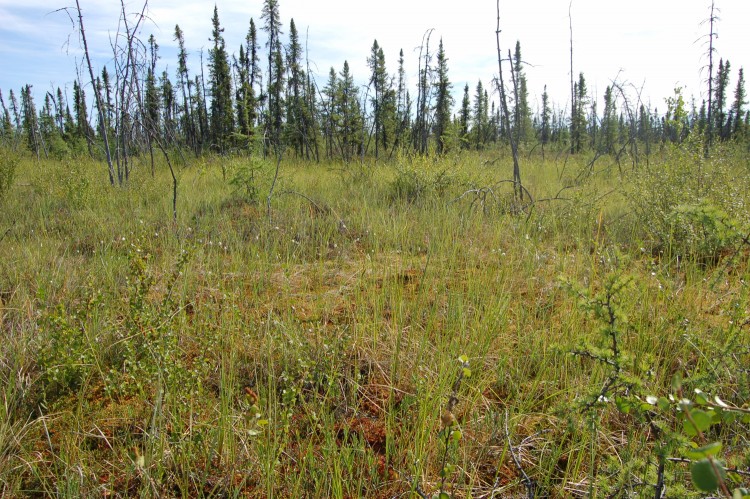 A UW-led team has found that early spring rainfall warms up a thawing permafrost bog in Alaska and promotes the growth of plants and methane-producing microbes.

Newswise — Arctic permafrost is thawing as the Earth warms due to climate change. In some cases, scientists predict that this thawing soil will release increasing amounts of methane, a potent greenhouse gas, that is known to trap more heat in our planet’s atmosphere.

Now a University of Washington-led team has found a new reason behind increased methane emissions from a thawing permafrost bog in Alaska: Early spring rainfall warms up the bog and promotes the growth of plants and methane-producing microbes. The team showed that early precipitation in 2016 warmed the bog about three weeks earlier than usual, and increased the bog’s methane emissions by 30 percent compared to previous years. These results were recently published in Geophysical Research Letters.

“In general, the chance of generating methane goes up with increased rainfall because soils get waterlogged. But what we see here is different,” said corresponding author Rebecca Neumann, an associate professor in the UW Department of Civil & Environmental Engineering. “Early rainfall sent a slog of warm water moving into our bog. We believe microbes in the bog got excited because they were warmed up, so they released nutrients from the soil that allowed more plant growth. Methane production and emission are tightly linked with soil temperature and plant growth.

“Our results emphasize that these permafrost regions are sensitive to the thermal effects of rain, and because we’re anticipating that these environments are going to get wetter in the future, we could be seeing increases in methane emissions that we weren’t expecting.”

In northern latitudes, bogs form when ice-rich permafrost thaws. The thawed area sinks relative to the surrounding landscape as the ice melts, and soil becomes waterlogged, creating a wetland with grassy plants called sedges growing across the surface.

Neumann and her team studied a thawing permafrost bog located about 20 miles from Fairbanks, Alaska, from 2014 through 2016. Over the years, the researchers tracked methane emissions in and around the bog, sedge plant growth and soil temperature at 16 different depths.

“We saw the plants going crazy and methane emissions going bonkers,” Neumann said. “2016 had above average rainfall, but so did 2014. So what was different about this year?”

The key turned out to be the timing of the precipitation: The spring rainfall started earlier in 2016 compared to 2014. In the spring the ground is colder than the air. So the rain, which is the same temperature as the air, warms up the ground as it enters the soil. The earlier the spring rains come, the sooner the soil in the surrounding forest gets saturated. Any surplus rain then flows down into the bog, rapidly warming the bog soils.

The warm soil aids microbes living in the bog and speeds up their metabolisms. Normally microbes use oxygen to break down organic matter, and they release carbon dioxide into the air. But in waterlogged soils, like a bog created by permafrost thaw, there’s no oxygen around. So the microbes have to use whatever is available, and they end up converting organic matter into methane.

“It’s the bottom of the barrel in terms of energy production for them,” Neumann said. “The microbes in this bog on some level are like ‘Oh man, we’re stuck making methane because that’s all this bog is allowing us to do.'”

At the same time, the sedge plants are also fueled by the warmer soil. In 2016 the team found more of these plants at the warmer edges of the bog. Sedges, like most plants, take carbon dioxide from the air to make their food, which they send to their roots to help them grow. Sometimes the food leaks out of the roots into the soil where it can become food for the microbes. So more sedges directly fuel the microbes to make more methane.

In addition, sedges contain hollow, air-filled tubes that allow oxygen to flow from the air to their roots. These tubes also allow the microbes’ methane to escape the bog and enter the atmosphere.

“The plants are really doing two things,” Neumann said. “They’re providing yummy carbon that lets the microbes make more methane than they would have otherwise. The plants also provide a conduit that allows methane to escape into the atmosphere. They’re a double whammy for methane production and emission.”

As the Earth warms, these northern latitude regions are expected to experience more rainfall. If this rain falls in spring or early summer, these areas could release more methane into the atmosphere than is currently predicted. Neumann and her team plan to examine methane emissions from other bogs to see if this pattern holds true across northern latitudes.

“In general, the ability of rain to transport thermal energy into soils has been underappreciated,” Neumann said. “Our study shows that by affecting soil temperature and methane emissions, rain can increase the ability of thawing permafrost landscapes to warm the climate.”

Co-authors include Colby Moorberg at Kansas State University, who conducted this work as a UW civil and environmental engineering postdoctoral researcher; Jessica Lundquist at the UW; Jesse Turner at SMRU consulting, who conducted this work as a field technician after completing a UW oceanography undergraduate degree; Mark Waldrop and Jack McFarland at the U.S. Geological Survey; Eugénie Euskirchen and Colin Edgar at the University of Alaska Fairbanks; and Merritt Turetsky at the University of Guelph. This research was funded by the U.S. Department of Energy Office of Science and the USGS Land Change Science Program.

Caption: Grassy plants called sedges grow across the surface of the bog that Neumann and her team studied.

Caption: A UW-led team has found that early spring rainfall warms up a thawing permafrost bog in Alaska and promotes the growth of plants and methane-producing microbes.