Ebola: Lives to Be Saved with New Management Approach

Ebola outbreaks are set to be managed quickly and efficiently – saving lives – with a new approach developed by an international team of researchers, including the University of Warwick, which helps to streamline outbreak decision-making. 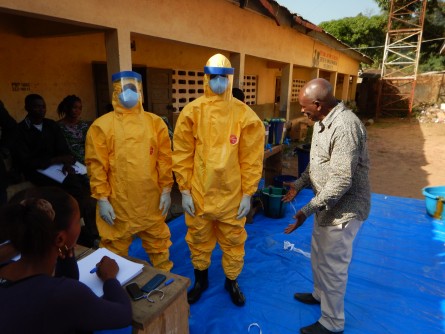 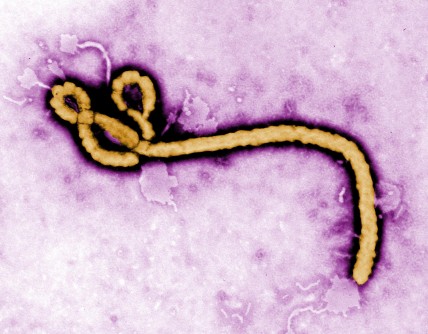 Created by CDC microbiologist Frederick A. Murphy, this colorized transmission electron micrograph (TEM) revealed some of the ultrastructural morphology displayed by an Ebola virus virion.

Newswise — Ebola outbreaks are set to be managed quickly and efficiently – saving lives – with a new approach developed by an international team of researchers, including the University of Warwick, which helps to streamline outbreak decision-making.

Dr Michael Tildesley from the School of Life Sciences - with researchers from Penn State University in the USA – have discovered that educating people in areas affected by Ebola about how the disease spreads through communities is the most effective strategy for halting an epidemic.

During the 2014 Ebola outbreak, numerous different intervention models were created with the aim of finding the best strategy to stop the spread of the disease.

The researchers re-assessed thirty-seven of these models and simulated many different outbreak scenarios using varying methods – including increased hospitalisation and community education about disease transmission – to identify the most consistent approach to tackling Ebola infections.

Strategies which focused on reducing transmission at hospitals and increasing hospitalisation rates, however, were not well ranked.

At the start of the 2014 outbreak, there was confusion caused by lots of different predictions about how many cases there would be. But these differences may distract from the ultimate goal of limiting the outbreak.

This new approach identifies consistent patterns in projections and means that future outbreaks can be efficiently managed by policy-makers, and research efforts prioritised - to save more lives.

“When a disease outbreak happens, there is a lot of uncertainty regarding how the epidemic is going to spread in the future. However, we can’t afford to wait before implementing control - we need to make rapid decisions in the face of this uncertainty.

“Our approach allows us to make best use of the information that is available and to manage an outbreak in the most effective way, thus saving lives.”

“Our approach synthesizes data from many models and provides two important pieces of information. It identifies the best course of action, given what we know now, and highlights the gaps in our knowledge that actually matter to the selection of interventions strategies.

“The difference between the projections and the actual size of the 2014 Ebola outbreak caused intense public debate. But rather than focusing on how big the outbreak would be, our study focused on what to do to keep it small?”

The paper, ‘Essential information: Uncertainty and optimal control of Ebola outbreaks’, is published in the Proceedings of the National Academy of Sciences.

This research was funded by the Biotechnology and Biological Sciences Research Council (BBSRC) in the UK, as well as the National Science Foundation and National Institute of Health in the USA, with support from the Huck Institutes of the Life Sciences.

Also collaborating on the paper were William Probert from the University of Warwick, Michael Runge from the USGS Patuxent Wildlife Research Center, and Christopher Fonnesbeck from Vanderbilt University School of Medicine. 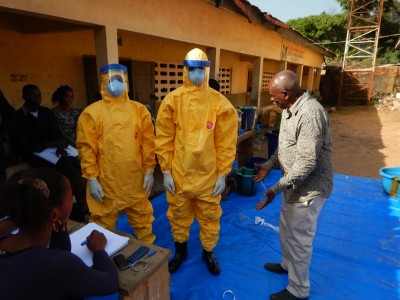 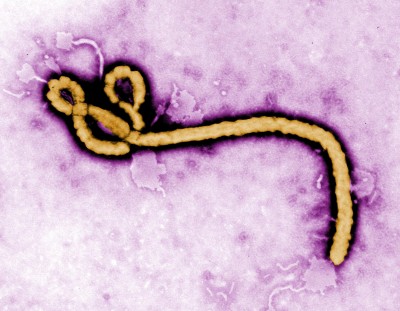 Caption: Created by CDC microbiologist Frederick A. Murphy, this colorized transmission electron micrograph (TEM) revealed some of the ultrastructural morphology displayed by an Ebola virus virion.