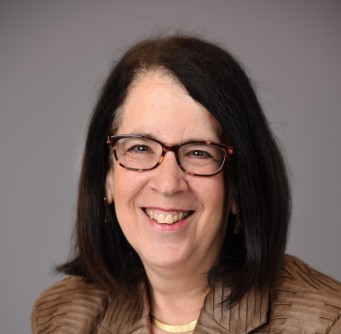 Actress Lena Dunham recently shared that she has Ehlers-Danlos syndrome in response to a paparazzi photo of her walking with a cane. And last month, singer Sia and actress Jameela Jamil also revealed on social media that they have EDS.

Indiana University’s Dr. Clair Francomano, a world-leading expert in Ehlers-Danlos syndromes, is available to talk about the group of under-recognized connective tissue disorders, including what their symptoms are and what life is like for people living with EDS.

Dr. Francomano has been involved in the care of individuals with the Ehlers-Danlos syndromes throughout her career. During her years at the National Institutes of Health, she spear-headed a longitudinal study on the natural history of EDS that ran for over 20 years. She has served on the Steering Committee for the International Consortium on the Ehlers-Danlos Syndromes and Related Conditions and as chair of the Committee on Classical Ehlers-Danlos Syndrome for the Consortium since 2016.

Dr. Francomano can talk about the 14 different types of Ehlers-Danlos syndromes, as well as the following key points:

Dr. Francomano joined Indiana University in August 2019 as professor of medical and molecular genetics at the IU School of Medicine and director of the Residency Training Program in Genetics at IU. Prior to joining IU, she was the director of the Ehlers-Danlos National Foundation Center for Clinical Care and Research at the Harvey Institute of Human Genetics, Greater Baltimore Medical Center, which she joined in 2005 as director of adult genetics.

Dr. Francomano's research interests over the years have centered on hereditary disorders of connective tissue and skeletal dysplasias. In 1994, she became Chief of the Medical Genetics Branch at the National Human Genome Research Institute, National Institutes of Health, where she served as Clinical Director from 1996-2001. From 2001-2005 she was Chief of the Human Genetics and Integrative Medicine Section in the Laboratory of Genetics, National Institute on Aging. She has published over 130 peer-reviewed articles and lectures widely around the world about the Ehlers-Danlos Syndromes and related disorders. She has a keen interest in the management of the multiple co-morbidities seen in this condition.

Dr. Francomano attended Yale College as an undergraduate and received her M.D. from Johns Hopkins University School of Medicine, where she trained in internal medicine and medical genetics. She joined the full-time Hopkins faculty in 1984.