Fault Trumps Gruesome Evidence When It Comes to Punishment 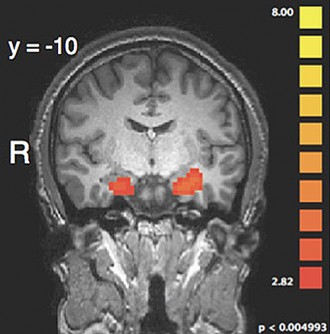 Brain imaging shows that the amygdala, part of the brain involved in emotion, is more active in punishment decision-making when the harm that is inflicted is described luridly than when it is described matter-of-factly.

Fault trumps gruesome evidence when it comes to punishment

Newswise — NASHVILLE, Tenn. – Issues of crime and punishment, vengeance and justice date back to the dawn of human history, but it is only in the last few years that scientists have begun exploring the basic nature of the complex neural processes in the brain that underlie these fundamental behaviors.

Now a new brain imaging study – published online Aug. 3 by the journal Nature Neuroscience – has identified the brain mechanisms that underlie our judgment of how severely a person who has harmed another should be punished. Specifically, the study determined how the area of the brain that determines whether such an act was intentional or unintentional trumps the emotional urge to punish the person, however gruesome the harm may be.

“A fundamental aspect of the human experience is the desire to punish harmful acts, even when the victim is a perfect stranger. Equally important, however, is our ability to put the brakes on this impulse when we realize the harm was done unintentionally,” said Rene Marois, the Vanderbilt University professor of psychology who headed the research team. “This study helps us begin to elucidate the neural circuitry that permits this type of regulation.”

In the experiment, the brains of 30 volunteers (20 male, 10 female, average age 23 years) were imaged using functional MRI (fMRI) while they read a series of brief scenarios that described how the actions of a protagonist named John brought harm to either Steve or Mary. The scenarios depicted four different levels of harm: death, maiming, physical assault and property damage. In half of them, the harm was clearly identified as intentional and in half it was clearly identified as unintentional.

Two versions of each scenario were created: one with a factual description of the harm and the other with a graphic description. For example, in a mountain climbing scenario where John cuts Steve's rope, the factual version states, “Steve falls 100 feet to the ground below. Steve experiences significant bodily harm from the fall and he dies from his injuries shortly after impact.” And the graphic version reads, “Steve plummets to the rocks below. Nearly every bone in his body is broken upon impact. Steve’s screams are muffled by thick, foamy blood flowing from his mouth as he bleeds to death.”

After reading each scenario the participants were asked to list how much punishment John deserved on a scale from zero (no punishment) to nine (most severe punishment the subject endorsed).

“What we’ve shown is that manipulations of gruesome language leads to harsher punishment, but only in cases where the harm was intentional; language had no effect when the harm was caused unintentionally,” summarized Michael Treadway, a post-doctoral fellow at Harvard Medical School and lead author of the study.According to the researchers, the fact that the mere presence of graphic language could cause participants to ratchet up the severity of the punishments suggests that photographs, video and other graphic materials sampled from a crime scene is likely to have an even stronger impact on an individual’s desire to punish.

“Although the underlying scientific basis of this effect wasn’t known until now, the legal system recognized it a long time ago and made provisions to counteract it,” said Treadway. “Judges are permitted to exclude relevant evidence from a trial if they decide that its probative value is substantially outweighed by its prejudicial nature.”

The fMRI scans revealed the areas of the brain that are involved in this complex process. They found that the amygdala, an almond-shaped set of neurons that plays a key role in processing emotions, responded most strongly to the graphic language condition. Like the punishment ratings themselves, however, this effect in the amygdala was only present when harm was done intentionally. Moreover, in this situation the researchers found that the amygdala showed stronger communication with the dorsolateral prefrontal cortex (dlPFC), an area that is critical for punishment decision-making. When the harm was done unintentionally, however, a different regulatory network – one involved in decoding the mental states of other people – became more active and appeared to suppress amygdala responses to the graphic language, thereby preventing the amygdala from affecting decision-making areas in dlPFC.

“This is basically a reassuring finding,” said Marois. “It indicates that, when the harm is not intended, we don’t simply shunt aside the emotional impulse to punish. Instead, it appears that the brain down-regulates the impulse so we don’t feel it as strongly. That is preferable because the urge to punish is less likely to resurface at a future date.”

The research was supported principally by a grant from the Vanderbilt University Central Discovery Grant program, as well as grants UL 1 RR024975-01 and UL1 TR000445-06 from the National Center for Advancing Translational Sciences at the National Institutes of Health, the Vanderbilt Center for Integrative and Cognitive Neuroscience, and contributions from the John D. and Catherine T. MacArthur Foundation.Visit Research News @ Vanderbilt for more research news from Vanderbilt. [Media Note: Vanderbilt has a 24/7 TV and radio studio with a dedicated fiber optic line and ISDN line. Use of the TV studio with Vanderbilt experts is free, except for reserving fiber time.]