Favored by God in Warfare?

World War I as a “Holy War” Sowed Seeds for Many Modern Conflicts, Baylor Historian Says 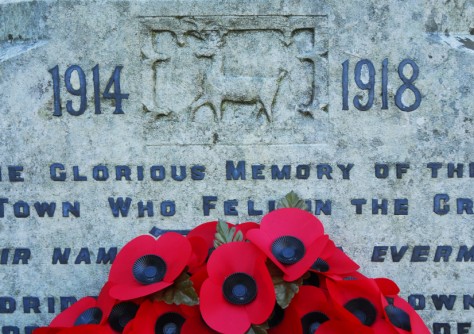 Newswise — World War I — the “war to end all wars” — in fact sowed seeds for future international conflicts in a way that has been largely overlooked: through religion, says a Baylor University historian and author.

As the 100th anniversary of the war’s beginning approaches, Philip Jenkins, Ph.D., Distinguished Professor of History at Baylor, says that attitudes prevalent then have influenced how global powers see each other today, often viewing themselves as favored by God.

During World War I, which began on July 28, 1914, Germany saw itself as a religious force on a “messianic mission,” while Russia saw itself not just as “a” Christian state, but as “the” Christian state, Jenkins said in a recent interview with Interfaith Voices, a public radio religion news magazine. Jenkins is the author of “The Great and Holy War: How World War I Became a Religious Crusade.”

Those seeing the war as a religious crusade were “not just elite thinkers or a few crazy bishops and pastors . . . Religion dominated propaganda messages and the way people thought about the war, wrote about the war, made films about the war,” Jenkins said. “Religion was part of the air they breathed . . . The enemy was an evil satanic foe.”

He noted that angels and the Virgin Mary were reported as appearing regularly on battlefields, and the apocalypse was on the minds of many during the war, in which more than 9 million soldiers were killed.

“If you don’t see this, and if you don’t treat it seriously the way people of the time did, you’re not going to get a sense of what people really were fighting about” and why they stayed in a “long, horrendous war” that initially was expected to last only a few months, Jenkins said in the interview.

Widespread belief in the supernatural was a driving force during the war and helped mold all three of the major religions—Christianity, Judaism and Islam—paving the way for modern views of religion and violence, he said.

“Jihads and holy wars broke out after the war across the world, and most of that movement came out of World War I,” Jenkins said.

The notion of being part of a holy war “cast a very long shadow” into the 1920s, the 1930s and even into the 1940s, when popular secular movements such Nazism, fascism and communism used similar rhetoric, he said.

But if Germany saw itself as fighting a holy war in World War I, they had to ask themselves why they lost, Jenkins said.

“Their answer was that the devil’s agents were among them. That goes a long way to explaining the vicious and homicidal anti-Semitism.”

Jenkins is co-director of the Program on Historical Studies of Religion in Baylor’s Institute for Studies of Religion. He also is the author of “Laying Down the Sword” and “Jesus Wars: How Four Patriarchs, Three Queens and Two Emperors Decided What Christians Would Believe for the Next 1,500 Years.”

ABOUT THE INSTITUTE FOR STUDIES OF RELIGIONLaunched in August 2004, the Baylor Institute for Studies of Religion (ISR) exists to initiate, support and conduct research on religion, involving scholars and projects spanning the intellectual spectrum: history, psychology, sociology, economics, anthropology, political science, epidemiology, theology and religious studies. The institute’s mandate extends to all religions, everywhere, and throughout history, and embraces the study of religious effects on prosocial behavior, family life, population health, economic development and social conflict. While always striving for appropriate scientific objectivity, ISR scholars treat religion with the respect that sacred matters require and deserve.