9-Jan-2020 3:20 PM EST, by Huntsman Cancer Institute at the University of Utah
favorite_border 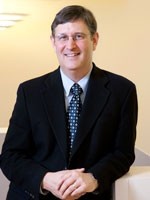 Newswise — SALT LAKE CITY – In the first-ever genome-scale analysis of the puberty process in humans, researchers at Huntsman Cancer Institute (HCI) at the University of Utah (U of U) outline distinct and critical changes to stem cells in males during adolescence. They further outline how testosterone, and the cells that produce testosterone, impact stem cells in male reproductive organs. The researchers believe this study adds dramatically to a foundation of knowledge that may yield insights into critical areas of human health, including infertility and cellular changes that lead to cancer and other diseases.

The study, published today in the journal Cell Stem Cell, was led by Bradley Cairns, PhD, cancer researcher at HCI and professor and chair of oncological sciences at the U of U, in collaboration with colleagues Jingtao Guo, PhD, a postdoctoral fellow in the Cairns lab at HCI, James Hotaling, MD, associate professor of surgery at the U of U, and Anne Goriely, PhD, associate professor of human genetics at the University of Oxford.

Puberty spurs numerous developmental changes in humans and other mammals. Hallmarks of puberty include physical characteristics easily visible to the naked eye, like rapid growth. These physical and hormonal changes signal the process of a maturing body preparing for reproductive years.

In the testis, the male reproductive organ that makes and stores sperm and produces testosterone, puberty introduces monumental changes at a cellular and physiological level. Thanks to new genomic technologies, researchers are able to examine the expression of thousands of genes in each individual cell in an entire organ, providing unprecedented insights into cellular behavior during puberty.

Several types of cells within the testis regulate reproductive health. Like the human body that changes along the path from infancy to adulthood, these cells undergo major changes as the body matures. These cells include spermatogonial stem cells that ultimately generate sperm production, and niche cells that help form parts of the testis, such as the seminiferous tubule, a tube-like structure within which sperm is formed. In this study, researchers characterized how, just prior to puberty, spermatogonial stem cells first expand significantly in number. These stem cells progress toward meiosis, a special type of cell division that splits the number of chromosomes from the parent cell in half, and also separates the male X and Y sex chromosomes to create cells that, after fertilization of eggs and considerable subsequent development, will ultimately result in either male (Y-containing) or female (X-containing) children. Late in puberty, these stem cells commit to creating mature sperm, which includes a tail piece for motility. The researchers showed how two of the cells that form the stem cell niche and chaperone this process—the myoid cells and Leydig cells—derive from a common precursor, and mature during early puberty.

A major novel insight of this study was the first-ever genomic analysis of the testis of adult transfemales (individuals assigned male at birth, but who self-identify as female). For these individuals, gender confirmation surgery is preceded by hormone therapy that induces long-term testosterone suppression, enabling the examination of testis lacking testosterone. By using samples donated after surgery, researchers uncovered critical insights into the role of testosterone in maintaining testis development. Genomic analysis of the cells from the testis of transfemales showed that stem cells and other cells revert to earlier states of development when compared to samples from male adolescents. Thus, Cairns and his colleagues identified that testosterone is critical to maintaining the mature state of the testis: if testosterone is no longer present, the testis reverts to an earlier developmental state.

The major changes that occur in humans during puberty give rise to numerous functions in normal development, like reproductive health and fertility. But, when these processes go awry, confounding challenges can result. Infertility is a relatively common health issue. About 50 percent of the time, the underlying cause is attributed to the male reproductive functions, which often include errors that occur during puberty. The team hopes these insights into how cells develop will help yield insights into what happens when developmental issues during puberty cause changes that result in infertility.

The study also informs understanding of cancer and other diseases that arise due to errors in cellular processes. “The majority of the time, testicular cancers arise when stem cells in the testis are misregulated,” said Cairns. “We want to understand how these changes can cause testicular tumors; however, we need to know what should normally happen before we can identify ways to prevent or more effectively treat these cancers.”

In juveniles, cancers and reproductive health intersect via a medical process called oncofertility; that is, the study of how to retain fertility in adolescent and young adult cancer patients whose reproductive health and fertility may be impacted by their cancer, or as a result of side effects of cancer treatment. “Some chemotherapies can result in young men with cancer not being able to have children—the chemotherapy can cause changes to their stem cells,” said Cairns. “My hope and expectation is that our research will provide a foundation for creating options to support the reproductive health of young men affected by cancer through a better understanding of how these stem cells survive, are supported, and develop.”

Huntsman Cancer Institute (HCI) at the University of Utah is the official cancer center of Utah. The cancer campus includes a state-of-the-art cancer specialty hospital as well as two buildings dedicated to cancer research. HCI treats patients with all forms of cancer and is recognized among the best performing cancer hospitals in the country by U.S. News and World Report. As the only National Cancer Institute (NCI)-Designated Comprehensive Cancer Center in the Mountain West, HCI serves the largest geographic region in the country, drawing patients from Utah, Nevada, Idaho, Wyoming, and Montana. More genes for inherited cancers have been discovered at HCI than at any other cancer center in the world, including genes responsible for hereditary breast, ovarian, colon, head, and neck cancers, along with melanoma. HCI manages the Utah Population Database, the largest genetic database in the world, with information on more than 11 million people linked to genealogies, health records, and vital statistics. HCI was founded by Jon M. and Karen Huntsman.