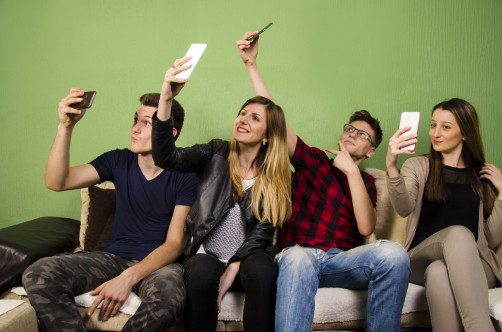 A new Baylor University study published in the journal Psychology of Popular Media Culture looks at the value that outside observers place on social media cues (followers, likes, etc.) and measures the perceived likability of the people whose profiles were viewed.

But what do other people – your “friends,” “followers” and anyone else who might stumble across your profile – think of you based on your social media presence? Do they really like you?

A new Baylor University study published in the journal Psychology of Popular Media Culture looks at the value that outside observers place on social media cues (followers, likes, number of selfies, etc.) and measures the perceived likability of the people whose profiles were viewed. The experimental study generated 873 decision responses from 72 experienced social media users who were asked to look at differing social media profiles and posts and then assess the likeability of the social media user.

“There are many studies of individuals’ self-perception through social media use. We are turning that around and looking at the audience’s perspective,” said the study’s lead author, Steven W. Bradley, Ph.D., associate professor of entrepreneurship in Baylor University’s Hankamer School of Business.

Overall, the number of followers and likes are twice as important as attractiveness in predicting likeability, Bradley said. Alternatively, social media users with a higher percentage of selfies are considered 1.5 times less likeable by outside observers.

“In other words, numbers of followers and likes may be used by an observer to ‘make up’ for more obvious indicators like attractiveness when assessing likability,” the researchers wrote. “Most observers suggest that attractive people are likable due to associated attributes like social ease and confidence. A less attractive person with a high number of followers and likes suggest that other features – perhaps friendliness, relevance, empathy and realness – are the source of their social network, which also increase perceptions of likability.”

As for selfies? The researchers found that observers use their experience with cues regarding selfies to evaluate whether an authentic or manufactured self is presented.

“Too many selfies suggest the page owner is overly narcissistic and not a good friend candidate,” said study co-author James A. Roberts, Ph.D., The Ben H. Williams Professor of Marketing in Baylor’s Hankamer School of Business.

Likability diminished even when other social media status cues of followers or attractiveness were high.

“We hypothesized and found that a high percentage of selfies is a cue that may indicate less reciprocity and group benefit, focusing narcissistically on oneself relative to others,” the researchers wrote.

Baylor University’s Hankamer School of Business provides a rigorous academic experience, consisting of classroom and hands-on learning, guided by Christian commitment and a global perspective. Recognized nationally for several programs, including Entrepreneurship and Accounting, the school offers 24 undergraduate and 13 graduate areas of study. Visit www.baylor.edu/businessand follow on Twitter at twitter.com/Baylor_Business.