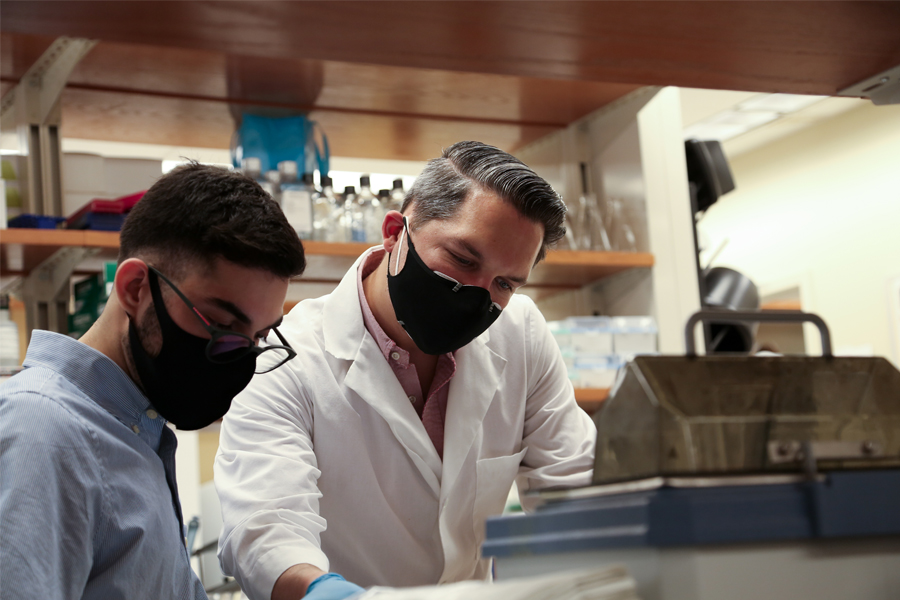 Newswise — Nearly a half-million people a year die from sudden cardiac death (SCD) in the U.S. — the result of malfunctions in the heart’s electrical system.

A leading cause of SCD in young athletes is arrhythmogenic cardiomyopathy (ACM), a genetic disease in which healthy heart muscle is replaced over time by scar tissue (fibrosis) and fat.

Stephen Chelko, an assistant professor of biomedical sciences at the Florida State University College of Medicine, has developed a better understanding of the pathological characteristics behind the disease, as well as promising avenues for prevention. His findings are published in the current issue of Science Translational Medicine.

Individuals with ACM possess a mutation causing arrhythmias, which ordinarily are non-fatal if managed and treated properly. However, Chelko shows that exercise not only amplifies those arrhythmias, but causes extensive cell death. Their only option is to avoid taking part in what should be a healthy and worthwhile endeavor: exercise.

“There is some awful irony in that exercise, a known health benefit for the heart, leads to cell death in ACM subjects,” Chelko said. “Now, we know that endurance exercise, in particular, leads to large-scale myocyte cell death due to mitochondrial dysfunction in those who suffer from this inherited heart disease.”

Several thousand mitochondria are in nearly every cell in the body, processing oxygen and converting food into energy. Considered the powerhouse of all cells (they produce 90 percent of the energy our bodies need to function properly), they also play another important role as a protective antioxidant.

As mitochondria fail to function properly, and myocyte cells in the heart die, healthy muscles are replaced by scar tissue and fatty cells. Eventually, the heart’s normal electrical signals are reduced to an erratic and disorganized firing of impulses from the lower chambers, leading to an inability to properly pump blood during heavy exercise. Without immediate medical treatment, death occurs within minutes.

Chelko’s research gets to the heart of the process involved in mitochondrial dysfunction.

In addition to providing a better understanding of the process involved, Chelko discovered that cell death can be prevented by inhibiting two different mitochondrial proteins. One such approach utilizes a novel targeting peptide developed for Chelko’s research by the National Research Council in Padova, Italy.

That discovery opens avenues for the development of new therapeutic options to prevent myocyte cell death, cardiac dysfunction and the pathological progression leading to deadly consequences for people living with ACM.

This research was funded by an American Heart Association Career Development Award.