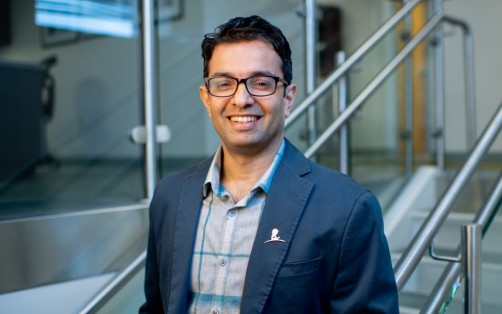 Newswise — Scientists at St. Jude Children’s Research Hospital recently identified genetic variants in childhood cancer survivors of African ancestry that increase their risk of treatment-related heart problems. The findings, which have implications for how the health of these survivors is monitored, were published online today in Cancer Research, a journal of the American Association for Cancer Research.

“Childhood cancer survivors are a unique population,” said corresponding author Yadav Sapkota, Ph.D., of the St. Jude Department of Epidemiology and Cancer Control. “But within that group, survivors of African ancestry are an even more specific population, who until now have generally been excluded from studies looking into the genetic mechanisms behind health outcomes among pediatric cancer survivors.”

The findings showed that when compared to survivors of European ancestry, childhood cancer survivors of African ancestry are 2.5 times more likely to develop cardiomyopathy. The results accounted for known cardiovascular risk factors such as hypertension, diabetes, dyslipidemia, physical activity, alcohol consumption and smoking.

“As a group, childhood cancer survivors represent a highly heterogenous population with respect to type of cancer and treatment exposures. Thus, it is often important to investigate treatment-related risks within well-defined subgroups,” said author Leslie Robison, Ph.D., chair of the St. Jude Department of Epidemiology and Cancer Control. “The genetic variants identified in this study demonstrate the importance of considering associations within racial or ethnic subgroups.”

This study has implications for long-term follow-up and surveillance of childhood cancer survivors of African ancestry.

“All childhood cancer survivors should be monitored for cardiac late effects, but as we gain a more granular understanding of cardiomyopathy risk among different populations, we can start to focus interventions on those individuals with the greatest need,” said author Melissa Hudson, M.D., St. Jude Cancer Survivorship Division director.

The research at St. Jude was funded in part by grants from the National Institutes of Health (CA195547, CA216354, CA21765) and ALSAC, the fundraising and awareness organization of St. Jude.