Good-Guy Bacteria May Help Cancer Immunotherapies Do Their Job

Newswise — DALLAS – Oct. 5, 2017 – Individuals with certain types of bacteria in their gut may be more likely to respond well to cancer immunotherapy, researchers at the Harold C. Simmons Comprehensive Cancer Center found in a study of patients with metastatic melanoma.

The incidence of melanoma has been increasing over the past 40 years. Immunotherapies have dramatically improved the outlook for patients with metastatic melanoma in the past half-dozen years, but still only about half of these patients go into remission.

UT Southwestern cancer researchers analyzed the gut bacteria of 39 melanoma patients who were treated with immunotherapies and found a strong association between a good response and the presence of particular bacteria.

“Our research suggests there were certain good-guy bacteria that are needed to optimize the effectiveness of checkpoint inhibitors. These bacteria somehow prime your immune system so that it’s better able to attack cancer cells and kill them,” said senior author Dr. Andrew Koh, Associate Professor of Pediatrics and Microbiology with the Simmons Cancer Center.

Rick Spurr, former CEO of Zix, a company that provides email encryption services for banks and health care facilities, volunteered for the study that helped identify the link. The grandfather of six was diagnosed with metastatic melanoma, which was discovered on his lungs while he was fighting off a bout of pneumonia.

Mr. Spurr was treated with an every-other-week infusion of nivolumab, an immunotherapy drug that acts by lifting a brake on the immune system, allowing the body’s natural defenses to go into overdrive.

“I felt virtually no side effects from the treatment,” he said. “I started the treatment in the summer and I was skiing in November.”

Researchers found he had the beneficial gut bacteria and suspect this microbiome contributed to the outcome. As a group, patients who responded well to the immunotherapy had three specific bacteria:

All three are common normal flora in the human intestinal tract.

After identifying the link, researchers looked for a potential reason for the association between the helper bacteria and immunotherapy effectiveness. “Is it something the bacteria are making? We examined metabolites in these subjects and found the strongest correlation between anacardic acid, present in cashews and mangoes, and the beneficial bacteria,” Dr. Koh said.

Researchers plan to follow up on the current research, which appears in the journal Neoplasia, with larger clinical studies.

“While these preliminary observations do not establish a firm causal connection between gut microbes and immunotherapy efficacy, they may lead eventually to a probiotic cocktail that could be given along with immunotherapy to enhance the chance of response,” said Dr. Koh, Director of Pediatric Hematopoietic Stem Cell Transplantation at UT Southwestern. 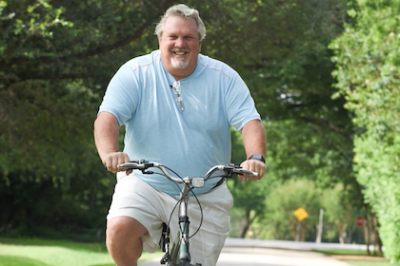 Caption: Rick Spurr, former CEO of Zix, volunteered for the study that showed individuals with certain types of bacteria in their gut may be more likely to respond well to cancer immunotherapy. 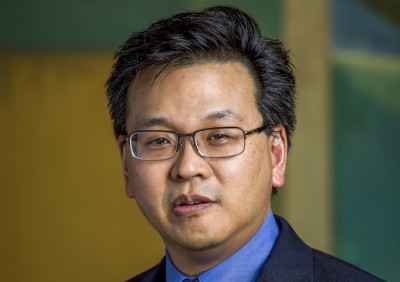 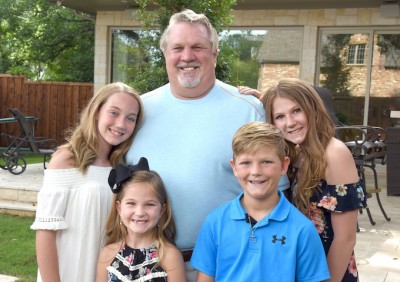 Caption: Rick Spurr, surrounded by some of his grandchildren, was diagnosed with metastatic melanoma, which was discovered on his lungs while he was fighting off a bout of pneumonia.