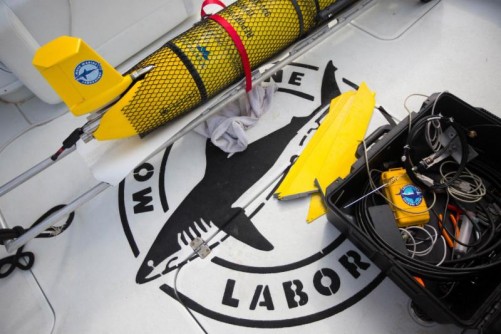 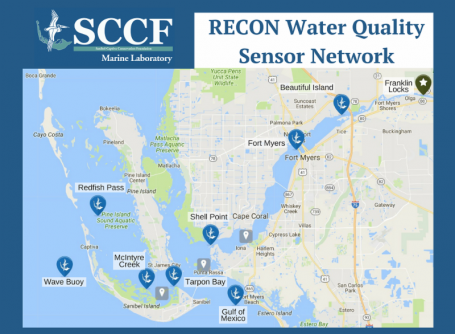 Newswise — With direct hits from Harvey and Irma, the Gulf states have certainly felt the impact from these record-breaking storms and the ensuing destruction they've left behind.

Data from buoys, gliders, satellites, surface-current mapping radars and other sensors play a critical role in hurricane forecasting -- from gaining a more clear view of how intense storms are to their projected pathways.

In the Gulf, data gathered from 2,000 or so ocean sensors are collected by the Gulf of Mexico Coastal Ocean Observing System (GCOOS), where we ensure that the information is timely, reliable, accurate and -- above all -- available to those working to understand ocean systems and subsequently provide better forecast data to save lives and protect coastal economies during hurricanes. GCOOS is the only comprehensive data collection and dissemination center for coastal and ocean data in the Gulf and our partners come from the federal, state, local and private sectors.

"In the ocean observing community, we know that the tools and technologies we bring to bear to help forecast the strength and movement of these storms saves lives and that our predictions have greatly improved over time," says GCOOS Executive Director, Dr. Barbara Kirkpatrick. "We also know that having more ocean observing assets in place, as called for in our 2017-2022 Strategic Plan, could only make things safer for all Gulf communities. At GCOOS, we continue to advocate for funding to support these tools."

GCOOS has a web page with comprehensive information on hurricane forecasts and preparation and links to state resources. Here are some of the other roles that GCOOS partners played during the recent storms (please note: this is not a comprehensive listing; merely snapshots of the roles that members of the ocean observing community play in hurricane predictions):

Mote Marine Laboratory's underwater autonomous vehicle (nicknamed "Genie") was deployed off Florida's west coast in early September and fed data to the GCOOS data portal as well as the national glider data portal housed by the U.S. Integrated Ocean Observing System (IOOS). The information the glider gathered was assimilated into Gulf circulation models, including HYCOM -- which provides a three-dimensional and near-real-time picture of the ocean's state on a fine scale. Eventually, the information was also assimilated into hurricane intensity models. Having near-real time temperature measurements helps to initialize models that are vital to producing accurate hurricane forecasts.

On Aug. 23, Harvey moved over waters of the southwestern Gulf of Mexico as a tropical depression with a maximum sustained wind speed of 30 knots at 10 p.m. CDT (03 Zulu). Just 24 hours later, Harvey's winds were 75 knots -- a Category 1 hurricane. Another 24 hours later -- just before it hit the south Texas coast -- Harvey's maximum wind speed reached Category 4 status with 115 knot winds.

GCOOS Members Nan Walker and Alaric Haag (LSU Earth Scan Laboratory, Department of Oceanography and Coastal Sciences, College of the Coast and Environment) and Bob Leben (Colorado Center for Astrodynamics Research, University of Colorado Boulder) are using satellite data to help understand how the storm grew so intense so quickly - key information that will lead to better predictions and forecasts for the intensity of future storms.

The Rosenstiel School of Marine and Atmospheric Science at the University of Miami used ocean observations to track the intensification of Harvey and Irma. Here are a few summaries, courtesy of Dr. Lynn K. (Nick) Shay, Professer in the Department of Ocean Sciences:

The data helped to estimate oceanic heat content variability in the western Gulf prior, during and subsequent to Harvey from multiple altimetry platforms and the GeoPolar Blended SSTs from NOAA NESDIS.

Shay notes that observed ocean heat content (OHC) l evels were input into the Statistical Hurricane Prediction Scheme rapid intensity model for Harvey at the National Hurricane Center. "It's clear the warm eddy had a dramatic impact on the storm, since ocean mixing processes tend to be arrested in these deep warm features as we have seen in other Gulf storms, including Opal (1995), Isidore and Lili (2002), Ivan (2004), Katrina and Rita (2005), Gustav and Ike (2008) and Isaac (2012). Warm and cold eddies have a large impact on the air-sea interactions during the passage of hurricanes."

Shay and his team also worked with NOAA's Hurricane Research Division (HRD) and U.S. Naval Academy scientists on data acquired during NOAA WP-3D and Air Force WC-130 flights to understand the details of the rapid intensification of Harvey, Irma and Maria's wind and pressure field and the enhanced air-sea fluxes over the warm waters on the perimeter of the warm eddy fields in the Gulf and Western Atlantic ocean basins. Data from the Gulf of Mexico Research Initiative-sponsored APEX-EM floats in the eastern to central Gulf  are measuring temperature, salinity, current and biogeochemical parameters. Float and expendable ocean profiler data are being used to estimate the oceanic heat content to compare to the satellite-derived values in these oceanic regimes. Acquiring oceanic and atmospheric data sets are critical in evaluating coupled forecast models.

GCOOS Member Sanibel Captiva Conservation Foundation (SCCF) located on Sanibel Island in Florida came through Hurricane Irma with no structural or roof damage at its facilities. The Lab lost one weather station and one solar panel.

Director Eric Milbrandt reported that the City of Sanibel and Lee County used data from SCCF's RECON to plan emergency operations during Irma. RECON -- the River, Estuary and Coastal Observing Network -- is the real-time observing network that provides water-quality data related to the management of Lake Okeechobee and the 1,400-mile watershed affecting the islands of Sanibel and Captiva. RECON, which is celebrating its 10th anniversary this year, provided real-time information on wind speed and water depth and played a vital role in EOC operations, he said.

Texas A&M University, in partnership with Liquid Robotics, is using a wave glider to gather real-time data to examine how Harvey's record-breaking rainfall -- now flowing into the Gulf -- will affect water quality, coral reefs and ecosystems.

The approximately 11-trillion-gallons of freshwater flowing out of river deltas and into the Gulf is potentially headed toward the fragile coral reefs in the Flower Garden Banks National Marine Sanctuary, 100-miles off the Texas Coast.

The freshwater plume's potential effects could be severe -- dangerously low salinity, harmful algal blooms and low oxygen levels could all result and cause major harm to the corals, as well as saltwater habitats, fish and other organisms throughout the affected Gulf area.

The glider is scheduled to be at sea for 60 days. As of Sept. 14, Texas A&M Geochemical and Environmental Research Group (GERG) researchers reported the plume had spread about 30 miles from the coast. "Together our rapid response to the events surrounding Hurricane Harvey will provide us some very useful data to understand the impacts of the flood waters as they flow out to the Gulf of Mexico and along the coast," said Dr. Steve DiMarco, GERG team leader for ocean observing and professor in the Texas A&M Department of Oceanography.

The Harte Research Institute for Gulf of Mexico Studies (HRI) and Texas A&M University-Corpus Christi (TAMUCC) came through Harvey just fine, but their neighbors at the University of Texas Marine Science Institute (UTMSI) did not fare as well - they suffered catastrophic damage to their main facilities in Port Aransas. Now HRI and TAMUCC are partnering to make space, equipment, boats and vehicles available to UTMSI staff.

HRI is also making plans to pivot its focus to amassing a research response to Hurricane Harvey.