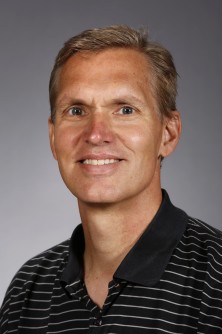 Newswise — AMES, Iowa – Schools are taking a proactive approach to get students to move more and improve their eating habits. But it takes a team effort at both school and home to make a difference, said Greg Welk, a professor of kinesiology at Iowa State University.

To that end, Welk was part of a new study, published in Childhood Obesity, which found parents were more likely to change their child’s lifestyle when schools provided educational materials along with the results of their child’s body mass index screening. Some parents in the study received only BMI results, while others had access to the Family Nutrition and Physical Activity screening tool, an online tool designed to help parents evaluate their home environments and practices.

“The FNPA assessment can be a good supplement to any school obesity prevention program and it is also useful for clinical evaluations,” Welk said. “Some clinics are now using it in parent well-child visits so that pediatricians can advise parents about how to help their kids.”

Welk says the supplemental information appeared to help parents in the study understand BMI results, as well as identify strategies to take at home, such as offering more fruits and vegetables, limiting screen time, helping their child be more active and making sure he or she gets enough sleep. The study analyzed nearly 1,500 parental surveys from 31 Pennsylvania elementary schools. The work was led by Lisa Bailey-Davis with Geisinger Health System, but was part of a larger study funded by a grant from the National Institutes of Health. Welk led the overall project along with former Ph.D. student, Karissa Peyer, now at the University of Tennessee-Chattanooga.

Sharing the information is critical

As of 2012, 21 states require schools to measure and collect BMI statistics. However, as researchers explained in the paper, a third of these schools did not require parental notification and only one-quarter had a policy regarding referrals. Welk says BMI is useful for school screening because it is quick and non-invasive. However, the statistics are of little use if not shared with parents.

“The use of BMI screening on a regular basis can help schools by providing information to help evaluate changes at the school level. It can also directly help individual children and parents to potentially identify growth patterns that may predispose youth to becoming overweight or obese,” Welk said.

The American Academy of Pediatrics and the Institute of Medicine have endorsed BMI screening for use in school assessments, but it is important to follow recommended practices for assessment and notification, he added. Supplemental information such as the FNPA is also recommended since it gives parents information that they can use to help their child.

Obesity affects one in six children and teens in the U.S., according to the Centers for Disease Control and Prevention. Researchers say their results show there is potential to increase awareness and access to educational tools related to BMI reports. If this information prompts parents to make changes, it could help reduce obesity rates.

Welk works with several Iowa school districts to develop physical activity programming, including the Iowa FITNESSGRAM Initiative and the SWITCH program. He is also working on a new grant proposal to develop ways to share school BMI data with pediatricians and have parents complete the FNPA in the clinic. Welk says these efforts would help promote better exchanges with pediatricians and changes in parenting practices.