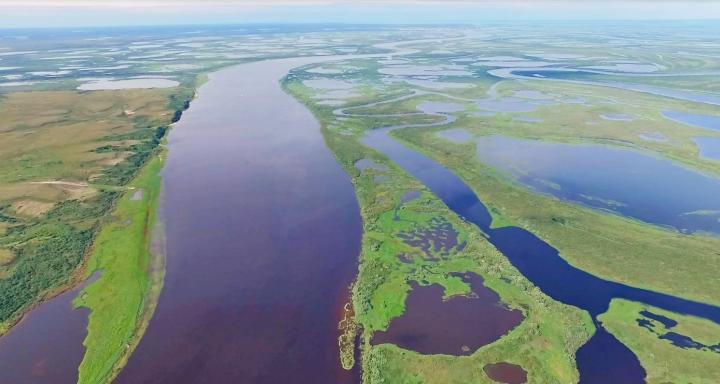 Newswise — Rivers and lakes at high latitudes are considered to be major sources for greenhouse gas emissions to the atmosphere, but these losses are poorly constrained. In a study published in Nature Communications, Umeå University researchers and collaborators quantify carbon emissions from rivers and lakes across Western Siberia, finding that emission are high and exceed carbon export to the Arctic Ocean.

High latitude regions play a key role in the global carbon cycle and climate system. An important question is the degree of mobilization and atmospheric release of vast soil carbon stocks, partly stored in permafrost, with amplified warming of these regions. A fraction of this carbon is exported to inland waters and emitted to the atmosphere, yet these losses are poorly constrained and seldom accounted for in assessments of high latitude carbon balances. This is particularly relevant for Western Siberia, with its extensive peatland carbon stocks that are expected to be affected by climate warming.

Now researchers at the Climate Impacts Research Centre (CIRC), Umeå University, and collaborators from Russia and France have quantified the carbon emission from inland waters of Western Siberia. Due to the remoteness and large area (3.6 million km2 area) of the study region, sampling of lakes and rivers were carried out over several years.

Based on these data and information on the distribution of inland waters of the region the research team show high carbon emission from Western Siberian inland waters and that these systems play an important role in the continental carbon cycle.

The high significance of inland waters in the carbon cycle of Western Siberia is likely a result of the overall flat terrain, which lead to relatively high water coverage and long water transit times, and thus favorable conditions for decomposition and outgassing of land derived carbon in inland waters. The authors stress that further studies on the coupled land-water carbon cycle are needed in order to improve the understanding of regional differences in the contemporary carbon cycle and predictions of future conditions in these understudied and climate-sensitive areas.

"Ignoring carbon outgassing from inland waters will likely largely underestimate the impact of warming on these regions and overlook their weakening capacity to act as terrestrial carbon sinks."

CIRC conduct and facilitate research on the effects of climate change on Arctic and other northern ecosystems. The research range from detailed process-level studies to comprehensive landscape-level studies in both aquatic and terrestrial systems. The activity is located at Abisko Scientific Research Station in northern Sweden.
https://www.arcticcirc.net/