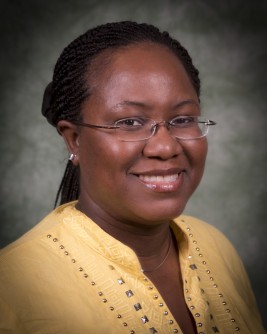 Newswise — BINGHAMTON, NY – Whether an HIV-positive man has met cultural expectations of masculinity might impact how much stigma he experiences, according to a new study from Binghamton University, State University of New York.

A research team led by Titilayo Okoror, associate professor of Africana studies at Binghamton University, conducted in-depth interviews with 17 heterosexual HIV-positive men in Nigeria, all of whom were receiving antitretroviral therapy, which is used to slow the rate at which HIV makes copies of itself in the body. Without using the word stigma, discussions and interviews were guided by four questions that explored participants’ experiences of living with HIV/AIDS. Findings indicated that participants’ experiences of stigma might be moderated by the social context surrounding their HIV diagnosis, and whether they have met the socio-cultural construction of masculinity.

“What was found, which we did not expect at all, was how the men were describing their stigma experiences. And what the data showed is that when they have met the responsibility of what it means to be culturally defined as a man, they tend to report less experience of stigma,” said Okoror. “The prevailing ideal of what it means to be a man is that a real man is supposed to be strong, not weak; is supposed to be healthy, not unhealthy; is supposed to have a job, not stay at home. Men that were sick for a long time before they tested positive for HIV were more likely to report being stigmatized against or being isolated because they were sick for so long.”

Okoror thinks that HIV programs in Nigeria need to change their messaging to focus on earlier testing, as this can help reduce the stigma associated with being seen as sick for a long time. Married men tend to get tested earlier, giving them a better opportunity to attack the disease before it becomes a major issue. Unmarried men need to get tested earlier as well, she said, to avoid becoming sick and experience the associated stigma.

“If we can redesign those programs to say, ‘Hey, listen. Get tested now, then you don’t have to experience whatever sickness might come along with this, because you can quickly get on medication. By getting tested now, knowing your status, you can lessen your experience of sickness that comes with the disease, because nobody needs to know.”