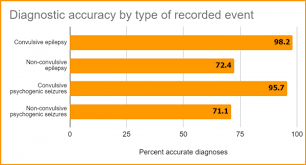 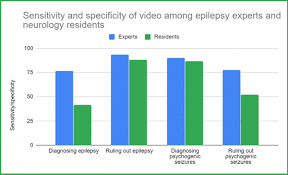 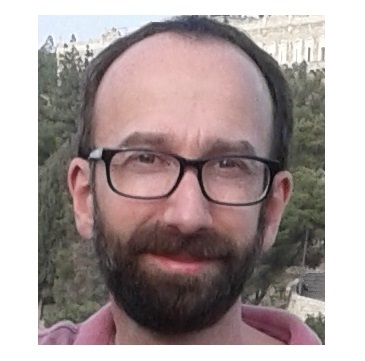 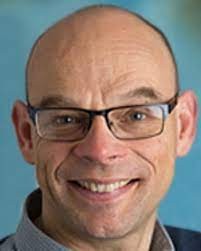 Newswise — It’s difficult to describe something so that others can truly visualize it. Think of a time when you experienced something extraordinary, be it beautiful or disturbing or emotionally intense. It can be frustrating trying to recount the experience to others; the verbal description pales in comparison to the actual experience.

Witness descriptions of seizure events are incorporated as part of the diagnostic cascade, but as with any secondhand accounts, they are necessarily imprecise. This may contribute to misdiagnosis, particularly for people with psychogenic seizures.

In current clinical practice, between 20% and 50% of people who undergo video EEG—the gold standard for diagnosing or ruling out epilepsy—are found to have psychogenic seizures. Most have spent years living with a misdiagnosis of epilepsy, receiving treatment for a disease they don’t have while not getting the treatment they need.

What if a tool could help with faster, more accurate diagnosis of both psychogenic seizures and epilepsy? And what if this tool was simpler and less expensive than video EEG, and easy to access almost anywhere?

The tool already exists, and billions of people use it every day.

A recent multicenter trial found that physician review of a high-quality smartphone seizure video, in addition to medical history and physical exam, resulted in diagnostic accuracy of epilepsy and psychogenic seizures 95.2% of the time—far more accurate than utilizing only medical history and physical exam (78.6%). Clinicians also had more confidence in a diagnosis if it included a smartphone video.

“It’s a common saying that a picture is worth a thousand words – in this case, a video is worth a thousand words,” said William O. Tatum, first author of the study, which was published online January 21 in JAMA Neurology. Tatum is director of the Comprehensive Epilepsy Center and Epilepsy Monitoring Unit at Mayo Clinic Hospital, Jacksonville, Fla.

The results add to the literature supporting the utility of smartphone video as a tool in diagnosis, noted Sándor Beniczky, head of clinical neurophysiology at the Danish Epilepsy Centre and professor of neurophysiology at Aarhus University. In 2012, Beniczky and others published results from a single-center study showing that analysis of seizure videos resulted in 85% diagnostic accuracy, compared with 54% accuracy using standard clinical practice (witness descriptions).

The takeaway is that a good smartphone video can improve diagnosis, particularly for people with psychogenic seizures, said Tatum.

“As more patients become more technologically involved, we’re all going to see smartphone videos from patients,” Tatum said. “This study shows that we may be able to use them, in conjunction with a medical history and physical exam, to triage people to the next step that makes the most sense for them, whether that’s the epilepsy monitoring unit for surgery evaluation, or cognitive behavioral therapy for psychogenic attacks.”

In many lower-income countries, smartphone videos could play an even larger role, Tatum said. “Some regions may not have a routine EEG, let alone video EEG—but almost everyone has a phone. In those places, by using a smartphone in association with a history, you can maybe get to the bottom line with greater efficiency.”

The study included 44 people; each submitted one video, which was reviewed by anywhere from 2 to 17 reviewers. Reviewers included epilepsy experts and senior neurology residents, who served as a comparator group. (The residents had no plans for epilepsy or sleep medicine fellowship.)

Diagnoses using video review were compared with video EEG results to determine accuracy. Smartphone video analysis resulted in a correct diagnosis 89.1% of the time (95% confidence interval 84.2%-92.9%) and correctly ruled out a condition 93.3% of the time (88.3%-96.6%).

The study also found that neurology residents were less accurate than experts (see graph) but were more confident in their diagnoses. “I was pleasantly surprised and intrigued by the difference in accuracy,” said Tatum. “We’ve always thought that experts would be more accurate, but there’s been little actual evidence.”

Nearly three-fourths of the videos came from patients with psychogenic seizures. Tatum said this trend may be partly because psychogenic seizures can be difficult to diagnose. If someone believes they’ve been misdiagnosed with epilepsy, he said, they may be more likely to want to provide video evidence of their seizures.

Of the videos that generated 100% accuracy in diagnoses among reviewers, all were of patients with psychogenic seizures. “We were hoping that video could really add value for people with psychogenic attacks,” said Tatum. “And that’s the group for which video seemed to have a very high yield. It looks like a perfect fit.”

The next step, said Tatum, is a prospective multicenter study. It will focus on the effects of early diagnosis of psychogenic seizures (using patient-supplied video) on treatment-seeking behavior and outcomes. Currently, up to half of people diagnosed with psychogenic seizures do not pursue treatment. Smartphone videos may help to change this, he said.

“When people talk to you about their seizures, and then you tell them they have psychogenic attacks, they wonder how you can say that, because you haven’t seen what happens to them,” said Tatum. “But if they show you a video and you review it, and then tell them that they have psychogenic attacks—now you’ve seen what they go through, and maybe they’re more apt to believe the diagnosis.”

If it sounds cold or exploitative to record someone having a seizure, consider this: There are more than 12 million seizure-related videos on YouTube. Some are professional educational pieces about epilepsy or psychogenic seizures, but many are personal home videos of people having seizures.

The videos are of toddlers, of young people, of men and women. Some include a warning that the content may be distressing. They are watched millions of times and receive thousands of comments, almost all supportive.

One young woman in Canada is raising awareness of epilepsy by chronicling her experience; she’s posted dozens of videos of her seizures, and others depicting her daily life. They’ve been viewed more than 22 million times, and her YouTube channel has more than 175,000 subscribers.

People are not afraid to show their seizures. But when someone has a seizure, it can be difficult for a family member or friend to switch from caregiver to recording a video, noted Markus Reuber, professor of clinical neurology at the University of Sheffield, UK.

“We need to learn how to encourage more patients (or their families) to produce high-quality seizure videos,” he said. “This study has demonstrated that it is worth providing such support.”

Aspects of a high-quality video

The videos submitted to the study investigators ranged from 9 seconds to 9 minutes in length. About 75% were of high enough quality to contribute to a diagnosis. Study participants received instruction on what makes for a useful seizure video:

While high-quality smartphone videos clearly add value, said Tatum, they aren’t meant to be used as a standalone diagnostic tool.

“No test should be used in isolation,” he said. “You need expert diagnostic skills, along with a medical history, physical exam and all the rest. Without all of that, it’s just a video.”