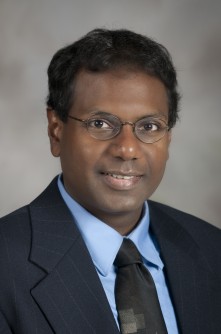 Newswise — Increasing the number of people getting an influenza vaccination not only keeps our communities healthier  -- but also strengthens their economies, says a Virginia Tech expert.

“Each flu season, the central question becomes, ‘How can we boost the number of people who benefit from vaccination coverage?’” said Kaja Abbas, an Assistant Professor in Virginia Tech’s Department of Population Health Sciences and Visiting Collaborator at the Biocomplexity Institute of Virginia Tech. “By taking steps to maximize immunity, our communities can see substantially improved outcomes, both in terms of health and economics.”

“Depending on the severity of a season’s dominant influenza virus, the 'return on investment' for vaccination can increase from three to seven times if we factor in how vaccinated individuals indirectly benefit their community by blocking the chain of transmission.”

With new cases of flu expected to rise sharply in the coming months, Abbas is available to comment on vaccination strategies, flu’s season’s impact on the US economy, and common ways human behavior can contribute to the severity of a given flu season.

The Centers for Disease Control and Prevention recommend influenza vaccination for everyone 6 months or older. In practice, though, vaccination coverage tends to be far lower: 59% among children and 43% among adults during the 2016-2017 flu season, falling short of the federal government’s target rate of 70%.

On the importance of prioritizing children. “Infection rates among children are higher than among adults and seniors during flu outbreaks because their day-to-day life brings them into direct contact with large social networks, primarily at school. Collaborative programs between the healthcare and education sectors, such as school-based flu vaccine clinics, have great potential for driving up immunity in this vulnerable population.”

On expanding the criteria commonly used to gauge a flu season’s severity.  “To get a more realistic measure of how targeted vaccination efforts benefit society at large, our research team developed a ‘synthetic population’ that simulates the movements and social interactions of a real-world community. The extra level of detail in this simulation allowed us to measure an epidemic’s indirect effects, such as how one person’s vaccination may lower their family and co-workers’ risk of infection.”

Kaja Abbas is an assistant professor of infectious diseases and public health at Virginia Tech and a visiting collaborator in the Biocomplexity Institute of Virginia Tech’s Network Dynamics and Simulation Science Laboratory. His recent work leverages large-scale simulations to identify effective strategies for reducing disparities in American public health, supported by a five-year grant from NIH.