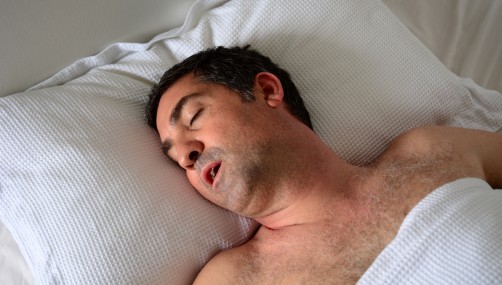 “Patients with OSA in this study were found to have 1.57 times the risk of other patients of incurring an MACCE at a median follow-up of nearly two years,” said Principal Investigator Lee Chi-Hang, MBBS, MD, FCRP (Edin), FACC, FSCAI, of the National University Heart Centre, Singapore. “This held true after adjusting for other variables including age, sex, ethnicity, body mass index, diabetes and hypertension.” The study included patients from Singapore, China and Hong Kong, India, Myanmar, and Brazil who had undergone a common artery-widening procedure known as a percutaneous coronary intervention (PCI). Within seven days of undergoing the PCI, all patients in the study participated in an in-hospital sleep study, using a portable diagnostic device. The sleep studies were manually scored by a committee directed by a sleep physician and Registered Polysomnographic Technologist, both of whom were blinded to the demographic and clinical characteristics of study subjects. The reported MACCEs, along with source documents, were judged by a clinical event committee.

The prevalence of OSA was 45.3%. Although the purpose of the study was to analyze outcomes in untreated OSA patients, patients were still allowed to seek treatment. Dr. Lee was able to determine that only 1.3% of patients in the study diagnosed with OSA were on regular CPAP therapy at the end of the study. A majority of the 1,311 patients had state-of-the-art drug-eluting stents implanted.

“As OSA is highly prevalent and has a prognostic implication in patients with coronary artery disease, we recommend that all patients scheduled for a PCI be routinely screened for OSA, just as they would be for diabetes mellitus, hypertension and hyperlipidemia,” said Dr. Lee. “This screening is now more feasible with the advent of reliable portable devices like those used in our study.”

Dr. Lee added, “Since a vast majority of patients were not on CPAP therapy, our findings highlight that there is a significant gap between medical knowledge and clinical practice in the management of OSA. This should receive serious examination.” Dr. Lee and colleagues plan continued follow up with study participants to secure long-term outcome data. Contact for study: C. Lee, MD, mdclchr@nus.edu.sq

Methods: The Sleep and Stent Study was a prospective, multicenter registry of patients successfully treated with PCI in five countries. Between December 2011 and April 2014, 1748 eligible patients were prospectively enrolled. The 1311 patients who completed a sleep study using a level III portable diagnostic device within seven days of PCI formed the cohort for this analysis. The tracings were manually scored by a sleep study scoring committee directed by a sleep physician and Registered Polysomnographic Technologist, both of whom were blinded to the demographic and clinical characteristics of the recruited patients. The reported MACCEs, along with the submitted source documents, were adjudicated by a clinical event committee.