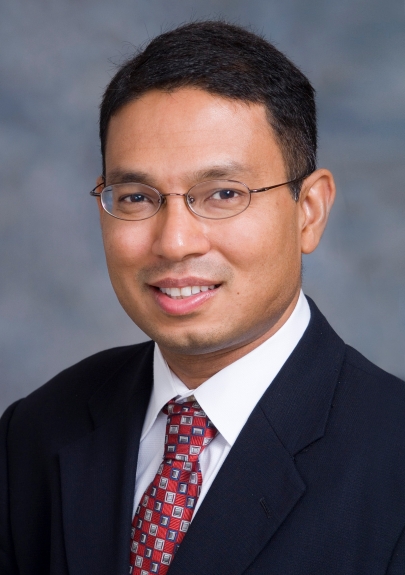 Findings from a multi-center Phase IB study was published in the Sept. 25 online issue of The Lancet Oncology.

“Pegilodecakin with anti-PD-1 monoclonal antibodies had a manageable toxicity profile and promising anti-tumor activity,” said Aung Naing, M.D., associate professor of Investigational Cancer Therapeutics. “Our study showed this combination demonstrated favorable response in NSCLC and kidney cancer patients who previously had been treated when compared to those treated with anti-PD-1 monoclonal antibodies alone.”

The study was designed to assess the safety, tolerability and maximal tolerated dose of pegilodecakin in combination with pembrolizumab or nivolumab, while also investigating biomarkers to identify patients likely to respond to treatment.

The study, which took place from February 2015 to September 2017, followed 111 kidney cancer, NSCLC and melanoma patients with advanced malignant solid tumors. The most common side effects were anemia, fatigue, low blood platelet counts and high triglycerides.

Objective responses were seen in 43% of NSCLC patients, 40% of kidney cancer patients and

10% of melanoma patients. Patients received pegilodecakin with pembrolizumab or nivolumab until disease progression, toxicity necessitating treatment discontinuation, patient withdrawal of consent or study end. Patients continued to receive combination therapy or pegilodecakin alone after disease progression if the investigator determined that the patient would continue to benefit.

Pegilodecakin is comprised of recombinant interleukin-10 (IL-10) which is linked to a molecule called polyethylene glycol (PEG). IL-10 is a protein that regulates activity of various immune cells, and high concentrations of IL-10 activate an immune response against cancer cells. The attachment of PEG to IL-10 increases its size, which prevents or delays its breakdown to prolong the time it circulates in the body.

The drug works by stimulating the survival, proliferation and “killing” potential of CD8+ T cells, known for their ability to recognize and destroy cancer cells. Increasing the amount of CD8+ T cells within the tumor is thought to improve prognosis and survival of the patient. The immune stimulatory effect of pegilodecakin complements the action of anti-PD-1 monoclonal antibodies that blocks the immune suppressive effect on T cells.

“The activity of pegilodecakin in combination with anti-PD-1 monoclonal antibodies introduces a new class of drugs to the treatment of advanced solid tumors,” said Naing. “Future randomized trials hopefully will determine the tolerability and clinical benefits of pegilodecakin as a single agent and in combinations in a range of cancers.”

The study was funded by ARMO Biosciences. Naing received travel and accommodation reimbursement from ARMO in addition to research funding for this study.

About MD Anderson The University of Texas MD Anderson Cancer Center in Houston ranks as one of the world's most respected centers focused on cancer patient care, research, education and prevention. The institution’s sole mission is to end cancer for patients and their families around the world. MD Anderson is one of only 49 comprehensive cancer centers designated by the National Cancer Institute (NCI). MD Anderson is ranked No.1 for cancer care in U.S. News & World Report’s “Best Hospitals” survey. It has ranked as one of the nation’s top two hospitals for cancer care since the survey began in 1990, and has ranked first 14 times in the last 17 years. MD Anderson receives a cancer center support grant from the NCI of the National Institutes of Health (P30 CA016672).