9-Jun-2014 9:20 AM EDT, by Perelman School of Medicine at the University of Pennsylvania contact patient services
favorite_border 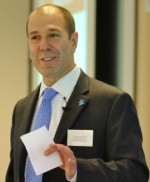 David Mandell, ScD, Director of the Center for Mental Health Policy and Services Research and associate professor of Psychiatry and Pediatrics at Penn

Newswise — (PHILADELPHIA) – Costs for a lifetime of support for each individual with autism spectrum disorder may reach $2.4 million, according to a new study from researchers from the Perelman School of Medicine at the University of Pennsylvania and the Children’s Hospital of Philadelphia. In a study published online today in JAMA Pediatrics, the team found that costs for a person with ASD and an intellectual disability reaches $2.4 million in the United States and $2.2 million in the United Kingdom; costs for those who have ASD without an intellectual disability are estimated to cost $1.4 million in both the U.S. and the U.K.

Autism spectrum disorder is a neurodevelopmental condition that leads to significant social, communication and behavioral challenges. It commonly co-occurs with intellectual disability, a cognitive impairment that begins in childhood and causes below-average intellectual function and a lack of skills necessary for daily living.

ASDs can be a major source of stress on the long-term health, and social and financial well-being on affected individuals, their families and society as a whole.

“We sought to look at the overall economic affect of ASDs, not just the cost of caring for this population, but also the costs of individual and parental productivity loss across both the U.S. and the U.K.,” says senior author David Mandell, ScD, Director of the Center for Mental Health Policy and Services Research and associate professor of Psychiatry and Pediatrics at Penn. “We also separated out those with intellectual disabilities (ID), as the presence of ID may significantly influence costs.”

The team, which included investigators from Penn and the London School of Economics, analyzed existing literature in both countries, updating and supplementing as needed to estimate the cost of accommodation, medical and non-medical services, special education, employment support and productivity loss. Differences in how education, health care and other systems are organized and financed between the two countries made this somewhat of a challenge.

Assuming a 40 percent prevalence of ID, the aggregate costs for adults was $175 billion per year in the US and $43 billion in the UK; these numbers grew to $196 billion and $46 billion, respectively, when the proportion of adults with ID was increased to 60 percent.For ASD individuals without ID, the lifetime cost was estimated at $1.43 million in the U.S. and $1.36 million in the U.K.

“These numbers provide important information that can help policy makers and advocacy organizations make decisions about how to allocate resources to best serve this population,” says Mandell. “Of particular importance is that one of the largest costs was parents’ lost wages. This finding makes it imperative that we examine how high-quality intervention can reduce burden on families, allowing them to stay in the work force. It also suggests the need for policies that make the work place more friendly to families of children with disabilities.”

This work was funded by Autism Speaks. # # #

Penn Medicine is one of the world's leading academic medical centers, dedicated to the related missions of medical education, biomedical research, and excellence in patient care. Penn Medicine consists of the Raymond and Ruth Perelman School of Medicine at the University of Pennsylvania (founded in 1765 as the nation's first medical school) and the University of Pennsylvania Health System, which together form a $4.3 billion enterprise.The Perelman School of Medicine has been ranked among the top five medical schools in the United States for the past 17 years, according to U.S. News & World Report's survey of research-oriented medical schools. The School is consistently among the nation's top recipients of funding from the National Institutes of Health, with $392 million awarded in the 2013 fiscal year.The University of Pennsylvania Health System's patient care facilities include: The Hospital of the University of Pennsylvania -- recognized as one of the nation's top "Honor Roll" hospitals by U.S. News & World Report; Penn Presbyterian Medical Center; Chester County Hospital; Penn Wissahickon Hospice; and Pennsylvania Hospital -- the nation's first hospital, founded in 1751. Additional affiliated inpatient care facilities and services throughout the Philadelphia region include Chestnut Hill Hospital and Good Shepherd Penn Partners, a partnership between Good Shepherd Rehabilitation Network and Penn Medicine.Penn Medicine is committed to improving lives and health through a variety of community-based programs and activities. In fiscal year 2013, Penn Medicine provided $814 million to benefit our community.