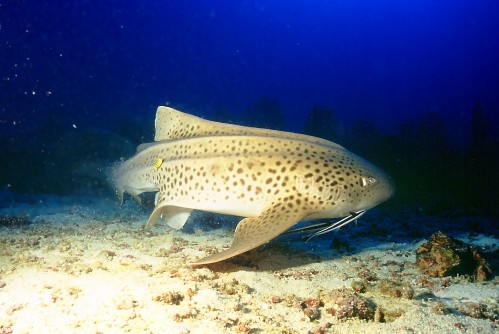 Zebra Shark Stegastoma fasciatum, one of 19 species protected in the new shark park created by the government of Madagascar. 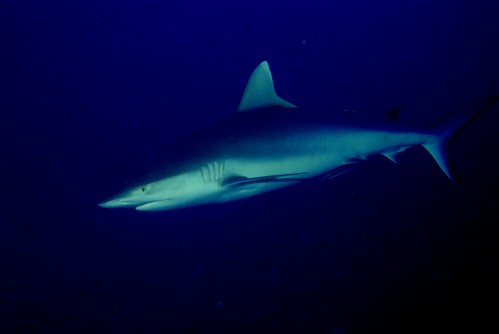 Grey Reef Shark Carcharhinus amblyrhnchos, one of 19 species protected in the new shark park created by the government of Madagascar. 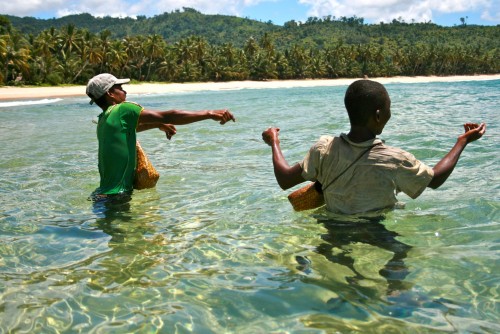 A duo of young fishers in Antongil Bay. Ambroise Brenier/WCS

Newswise — New York (February 4, 2015) – The Government of Madagascar has created the country’s first marine sanctuary for sharks as part of a new law to safeguard the country’s marine resources and the communities that rely on them, according to the Wildlife Conservation Society.

At a February 2nd press conference held in Antananarivo, Madagascar, the Malagasy government announced the initiation of a new law that establishes a shark sanctuary in Antongil Bay while granting coastal communities exclusive use and management rights for local fishing areas. The new law also restricts international fishing boats from fishing in Antongil Bay, a 1,446-square-mile body of water slightly larger than Long Island Sound.

“With the support from Wildlife Conservation Society, we chose a participatory and collaborative approach for the development of this law and management plan and we opted for the search for a balance between fishing activities and ecological integrity to ensure rational and sustainable exploitation of fisheries resources” said Mr. Ahmad, Minister of Marine Resources and Fisheries at the press conference in Antananarivo.

“Long-term strategic alliances and partnerships forged with local communities, government agencies such as the Ministry of Marine Resources and Fisheries, and stakeholders during two decades of field presence of WCS investing in wildlife protection and sustainable natural resources management in Antongil Bay is key to this success,” said Alison Clausen, Country Director of WCS’s Madagascar Program. “WCS looks forward to working with the Government of Madagascar to implement this new pilot fisheries co-management initiative in Antongil Bay and promote its replication to other sites.”

The WCS Madagascar Program works throughout Madagascar to ensure the long-term conservation of the country’s unique biological diversity with a focus on activities in Antongil Bay and other priority landscape/seascapes such as Makira Natural Park, Masoala National Park, Antongil Bay, Nosy Be seascape and the Toliara seascape.

The new shark sanctuary is home to 19 species of shark, a third of which (including the great hammerhead shark and the zebra shark) have become severely threatened by unregulated fishing. The new law legally empowers local communities to manage nearshore fishing grounds through a growing network of locally managed marine areas (LMMAs), 25 of which have already been established with the support of WCS. The regulations of these areas—including no-take marine reserves and temporary closures—are locally designed and enforced. By securing management and use rights of LMMAs for local communities for the first time in Madagascar, the law aims to transform marine resources from open access areas that typically result in short-term exploitation at the expense of long-term sustainability to exclusive access for local fishers who can garner the benefits of managing their own marine resources.

The law also establishes collaborative arrangements between artisanal and industrial fishers, civil society, and government to work together on the sustainable management of fisheries in Antongil Bay.

Madagascar’s local fisheries provide livelihoods and food security for hundreds of thousands of some of the poorest coastal communities in the world. The new law will facilitate a system of co-management between communities, fishers, and government to manage their local fish populations.

The regulatory changes build on previous initiatives to decentralize the management of marine resources and establish local fisheries management plans and collaborative management arrangements. At the 2014 IUCN World Parks Congress, his Excellency Hery Rajaonarimampianina, President of Madagascar, noted that Madagascar “already [has] positive models of locally managed marine areas, of which Madagascar is proud to be a pioneer in the Western Indian Ocean region.” He emphasized his commitment “to establish legal and regulatory frameworks for community management of marine and coastal resources.”

Venor Rason, a local fisher and President of the community association managing the LMMA of Analanjahana in the southern part of Antongil Bay said : “We are very pleased to hear that this new law that we helped develop has been released. It will help us manage sustainably our marine resources by limiting the number of small-scale and industrial fishers allowed to fish in the bay and by delivering fishing licenses to local professional fishers.”

WCS’s field work in Madagascar, which helped inform the decisions to create this shark sanctuary and to grant coastal communities exclusive use and management rights for local fishing areas, was supported by The Helmsley Charitable Trust, the John D. and Catherine T. MacArthur Foundation, and other generous partners.

About the Wildlife Conservation Society (WCS)MISSION: WCS saves wildlife and wild places worldwide through science, conservation action, education, and inspiring people to value nature. VISION: WCS envisions a world where wildlife thrives in healthy lands and seas, valued by societies that embrace and benefit from the diversity and integrity of life on earth. To achieve our mission, WCS, based at the Bronx Zoo, harnesses the power of its Global Conservation Program in more than 60 nations and in all the world’s oceans and its five wildlife parks in New York City, visited by 4 million people annually. WCS combines its expertise in the field, zoos, and aquarium to achieve its conservation mission. Visit: www.wcs.org;http://www.facebook.com/TheWCS; http://www.youtube.com/user/WCSMedia Follow: @thewcs. 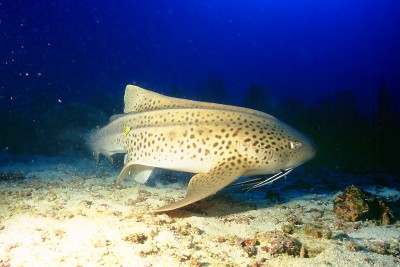 Caption: Zebra Shark Stegastoma fasciatum, one of 19 species protected in the new shark park created by the government of Madagascar. 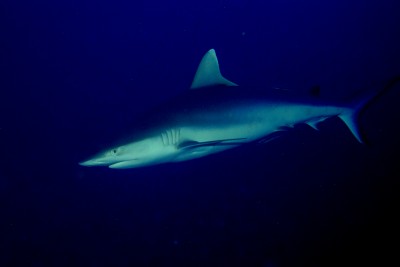 Caption: Grey Reef Shark Carcharhinus amblyrhnchos, one of 19 species protected in the new shark park created by the government of Madagascar. 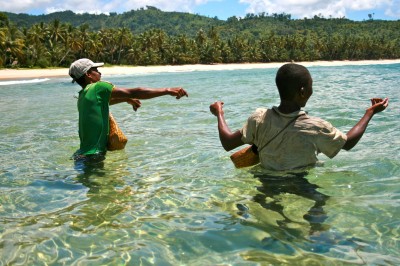