Strong selection pressure in a context of progressive warming 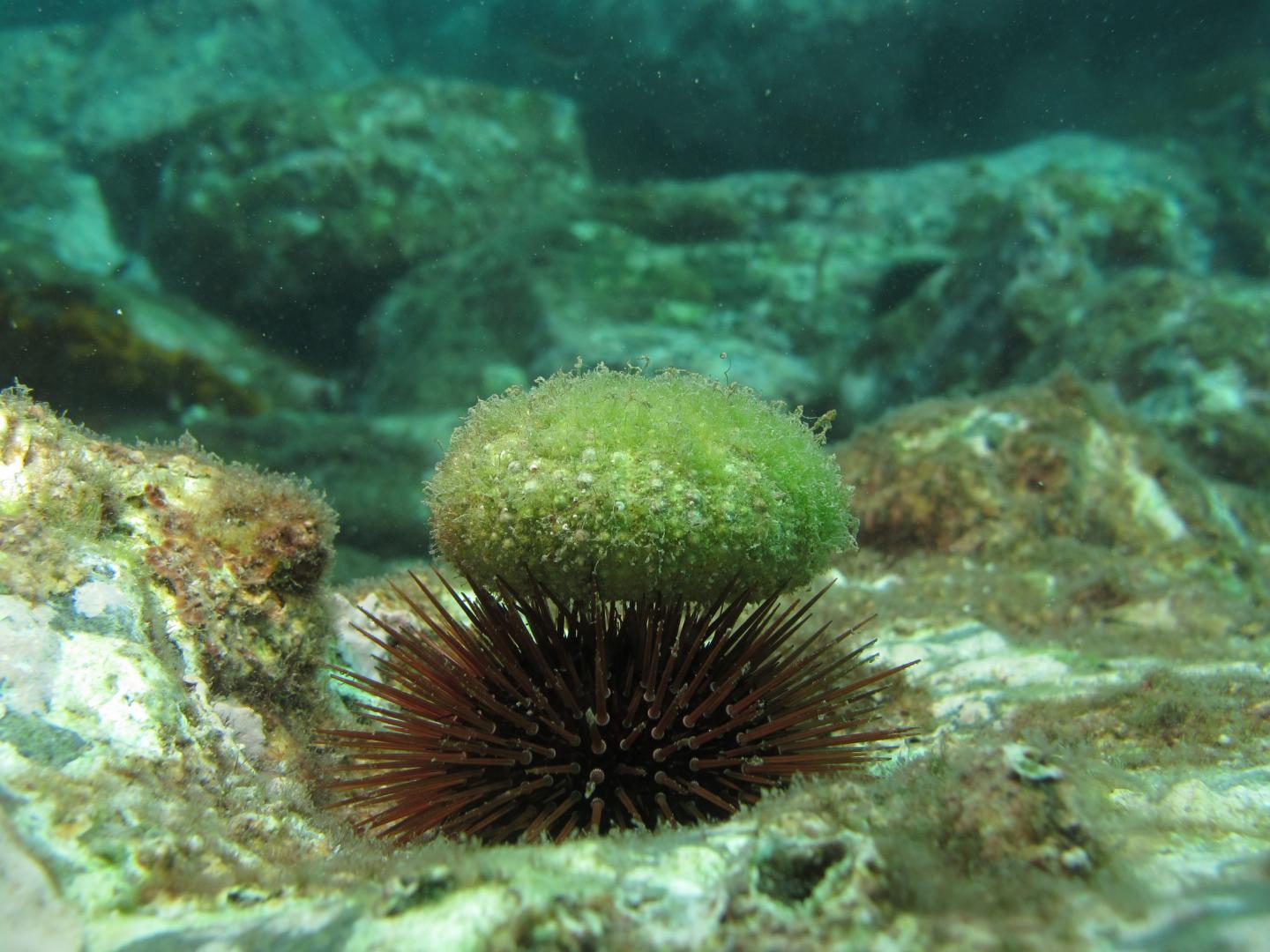 The species Paracentrotus lividus is very abundant in the Catalan coasts.

Newswise — The sea urchin Paracentrotus lividus, an eatable species of great commercial interest found in the Mediterranean and North-East Atlantic, is more vulnerable than so far believed.

Using a genetic analysis of the populations of this sea urchin, this work assesses its population structure and connectivity as a result of its dispersal ability. Scientists analysed about two-hundred and fifty individuals of Paracentrotus lividus from eleven marine areas, spanning from the French Atlantic coast to the eastern Mediterranean.

Researcher Xavier Turon (CEAB-CSIC) notes that "adult sea urchin barely move" and that dispersal occurs during the larval stage, since "when they are larvae, they swim in the plankton and are carried away by marine currents. We thought they had a high dispersal capability, since they have a long larval lifespan, which lasts for weeks".

What the study reveals is that "the dispersal is not as wide as we expected-says Turon- and geographical barriers such as the Strait of Gibraltar limit the connectivity of populations. The exchange of sea urchin larvae between different areas is more limited than what we thought".

Another shocking result is that the selection at a local level is having an impact on the genetic make-up of the different populations of urchins. "We found different allele composition among populations", note researchers Marta Pascual and Carles Carreras (UB-IRBio). "When we analysed the genetic sequences in which these differences appeared, we saw that they lay in genes that code for processes related to temperature and salinity". There is a strong selection pressure related to temperature in the Mediterranean, which can have important consequences regarding global warming.

Despite being the target of an active fishery, this species is very abundant in the Catalan coasts, since the fishing pressure has removed many of its predators (mainly fish). Urchins are herbivorous and eat seaweeds and seagrasses. With no predators, the populations can grow excessively and can eliminate submarine forests by overgrazing.

There are two main species of sea urchins in the littoral area of the Mediterranean: the eatable species Paracentrotus lividus, and the black sea urchin Arbacia lixula, non-edible. The new study brings new data to consider so as to predict potential future scenarios of how the common sea urchin populations will respond to antagonist pressures of predator removal and fishing, in a context of progressive warming.