Men's Health Week: Be Cautious of What You Are Drinking 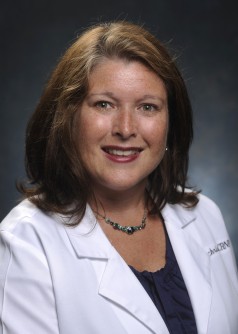 BIRMINGHAM, Ala. – According to the Centers for Disease Control and Prevention, more than 12 percent of men age 18 and older are in fair or poor health leading to obesity, hypertension and even mortality. Medical professionals from the University of Alabama at Birmingham have provided a few tips to help men get healthy.

Around 11 percent of men will be affected by kidney stones sometime in their lives, and a higher number in the Southeastern United States, also known as the kidney “stone belt.” It is a multifactorial disease influenced by events in the kidney, gastrointestinal system and bone health, certain endocrine disorders, genetics, diet, and environmental factors.

“Warmer climates may cause individuals to perspire excessively, causing them to become dehydrated. This results in urine’s becoming concentrated and the chemicals’ forming kidney stones. Crystals of these chemicals can arise, which is a prerequisite for kidney stone formation,” said Dean Assimos, M.D., chair of the UAB Department of Urology. “The more fluid you consume, the less likely you are to have kidney stones, but it is important to consume the right fluids.”

Assimos recommends drinking 10 to 12 ounces of water every couple of hours while you are awake. If you are exercising or perspiring, drink more due to losing these fluids more rapidly.

Sugary drinks that include high levels of fructose corn syrup, like sodas, should be avoided. Studies have shown a correlation between drinks with high fructose and kidney stones, as well as links between obesity and kidney stones.

“The consumption of coffee, tea, beer and wine in moderate amounts has been associated with reduced risk of developing kidney stones in epidemiology studies,” Assimos said.

UAB nurse practitioner Jody Gilchrist recommends not drinking anything other than water or black coffee. Soft drinks contain sodium and sugar or artificial sweeteners, which may contribute to obesity and diabetes.

Carbonation causes calcium to be pulled from bones into the blood stream, which causes osteoporosis and kidney stones. Sports drinks often contain more sodium than you should eat in a day.

“Alcohol is another ‘simple’ sugar and is burned before other calorie sources, more likely to lead to diabetes and obesity,” Gilchrist said. “Alcohol should be limited to one to two servings a day. High amounts of alcohol lead to poor judgment and eating more unhealthy foods.”

Excessive alcohol use can be a cause of sexual dysfunction, because it can lead to decreased testosterone, decreased libido and difficulty getting an erection. It is also important that a man with erectile dysfunction not drink too much alcohol while using certain medications for erectile dysfunction, as the combination can cause an unsafe drop in blood pressure and impair the ability of the medication to work.

Known for its innovative and interdisciplinary approach to education at both the graduate and undergraduate levels, the University of Alabama at Birmingham is the state of Alabama’s largest employer and an internationally renowned research university and academic medical center; its professional schools and specialty patient-care programs are consistently ranked among the nation’s top 50. UAB’s Center for Clinical and Translational Science is advancing innovative discoveries for better health as a two-time recipient of the prestigious Center for Clinical and Translational Science Award. Find more information at www.uab.edu and www.uabmedicine.org.