Microbes From Ships May Help Distinguish One Port From Another 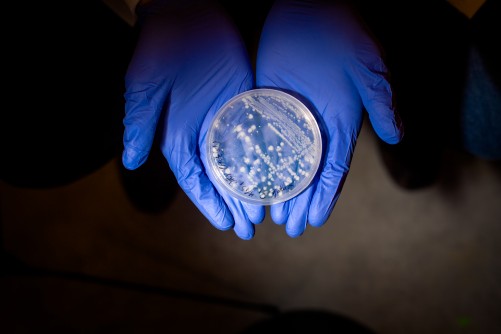 Cultures from bilge water samples reveal the invisible microbial communities that could identify one port from another. 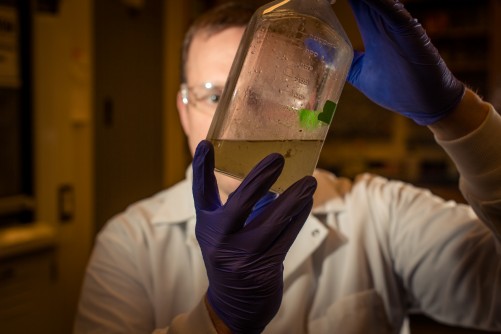 This cloudy water came from the bilge of a ship, an unlikely source of life that microbiologist Steve Techtmann plans to use to determine the biosignatures of ports around the world.

Techtmann, an assistant professor in biology and researcher at the Great Lakes Research Center at Michigan Technological University, is looking for a single microbe. Or rather 22 of them. At each port he visits around the world—from Singapore to Rotterdam to Green Bay—he hopes to find a unique microbe species in each place. If the microbe's genome is distinct enough, then it could be used as a marker to see where ships have traveled. Eventually, the technique could be used to enhance defense as well as environmental monitoring.

"The ship is like a fly trap for microbes as it's running through these ports," Techtmann says, adding that different microbes may prefer open water over bilges, since they tend to be dark, varying in nutrient levels and sometimes oily. "The other challenge is that ships could be bringing in microbes from other ports, which complicates the signature."

To sort out what microbes are found where, Techtmann and his research crew will gather 30-50 samples from the 22 ports they'll study. In many microbial studies, as few as three or four samples can be used to examine the microbes in an environment. But to sort out what microbes are signature species and which ones are also present in bilge water—and then to compare all the various ports to see if there's overlap—requires extra computing power and therefore more samples. He will combine machine learning and genome sequencing to develop a sensitive tool that screens all the different water samples and identifies the make-up of each.

This could lead to what Techtmann calls "spatial sensors" where identifying key microbes provide insight into the interface between biology and geography. Microbial spatial sensors could potentially be used to assess whether a wetland is fully recovered or to monitor a contaminant's spread.

"On a basic level, it's trying to understand what makes a set of organisms live in one place over another," he says, adding that there is a saying in microbial ecology that "everything is everywhere—but nature selects."

Determining the microbial biosignatures of ports around the world is one way to see if this hypothesis holds up—or if it goes out with the bilge water.