Experts on aviation and perception, Stephen Macknik and Susana Martinez-Conde comment on the factors that can lead to pilot errors, such as the reported incident involving actor Harrison Ford landing his plane in close brush with a 737 at John Wayne Airport on Wednesday. 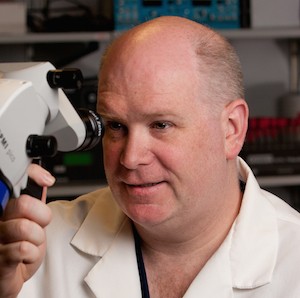 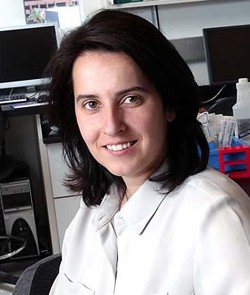 Famed actor and experienced aviator, Harrison Ford, was allegedly involved in a close call at John Wayne Airport on Wednesday, where he landed his single-engine plane dangerously close to a taxiing commercial airliner awaiting take-off. The incident is under investigation by the FAA, which has not confirmed the identity of the pilot as Ford, but sources familiar with the incident have indicated to media that it was indeed Ford's plane, and the actor was behind the controls.

Stephen Macknik, PhD, and Susana Martinez-Conde, PhD of SUNY Downstate Medical Center comment on the factors that can lead to pilot errors, based on their recent research on the subject published in the journals Physiology & Behavior, and Scientific American Mind.

"A number of cognitive, visual, and other sensory illusions conspire to cause a great number of misperceptions in pilots during flight, and these can include very minor effects that do not lead to noticeable errors, to more serious effects that cause complete spatial disorientation," Macknik and Martinez-Conde wrote.

"We assume that what happened on Tuesday was that the pilot was distracted by some source of information—besides the runway that he was approaching—for too long—and that this led to them choosing the taxiway for landing rather than the proper runway.

"This is not a difficult error to make, and many of us who drive cars have made similar errors such as paying too close attention to our GPS while driving, and then choosing the wrong exit.

"This can occur because our brains must inevitably make a trade-off between accuracy and speed, when making any decision.

"There is always a trade-off between speed and accuracy, no matter how skilled one is at a particular task.

"Pilots can avoid making mistakes like this by, first, acknowledging that such mistakes are easy to make. And that’s true for anybody who doesn’t pay the requisite attention to the available information about airplane position with respect to the runway. So, you know, “Don’t get cocky, kid!” Take the time to line up your landing, which the pilot in this case seems to have done appropriately, and then make sure that you check frequently out the window, once lined-up for landing—ideally this would entail continuous attention to the ground—as crosswinds and other possible sources of lateral drift can go unnoticed by your sensory systems as you descend.

Speaking about attention and perception more generally, Macknik and Martinez-Conde describe an important paradox; concentration doesn't increase your perception of the task at hand, but instead it helps our brains ignore the noise around it.

"Attention feels like we are shining a light on a specific field of interest in the world, to 'increase the signal.' But in fact, attention is not an enhancement of signal. Instead, what actually happens in the brain is that attention serves to suppress the noise.

"This can work against you if you switch attention to the wrong thing, such as to a cell phone when you are driving. Your brain is designed to do the task you are telling it to do, and to ignore everything else during that task.

"If you are not careful, you might hit an airliner parked on the ground while you are doing it! We have no reason to believe that Tuesday’s pilot was texting while flying… but the same principle holds true for paying attention to any inappropriate source of information while working in any operational environment.

"Focusing too hard on the wrong thing means that you will suppress the right thing, every time."

About the ExpertsStephen Macknik and Susana Martinez-Conde are Empire Innovator Scholars and professors at SUNY Downstate Medical Center, and authors of the book, Sleights of Mind: What the Neuroscience of Magic Reveals About our Everyday Deceptions.

Effects of flight duration, expertise, and arousal on eye movements in aviators. Perception