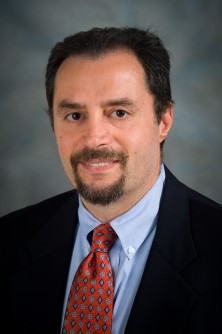 Newswise — HOUSTON ― A Phase III clinical trial involving 101 centers in 21 countries revealed the monoclonal antibody blinatumomab to be more effective than standard chemotherapy for treatment of advanced acute lymphoblastic leukemia (ALL). Study findings were published in the March 1 online issue of the New England Journal of Medicine.

While the prognosis for newly diagnosed ALL has improved over the last three decades with intensive chemotherapy regimens resulting in complete remission rates of 85 to 90 percent and long-term survival rates of 30 to 50 percent, most adult patients with the B-cell precursor ALL, the most common form, ultimately relapse and die from disease complications. The accepted standard of care is to help the patient maintain remission long enough to receive allogeneic or donor stem-cell transplantation, considered the most effective therapy.

“Among adults with relapsed ALL, remission rates are18 to 44 percent with standard chemotherapy but the duration of remission is typically short. A major goal for these patients is to induce remission with sufficient duration to prepare for stem-cell transplantation,” said Hagop Kantarjian, M.D., chair of the Department of Leukemia, and lead author for the New England Journal of Medicine paper. “In this study, 24 percent of patients in each treatment group underwent allogeneic stem cell transplantation.”

“The activity of an immune-based therapy such as blinatumomab, which depends on functioning T-cells for its activity, provides encouragement that responses may be further enhanced and made durable with additional immune activation strategies,” said Kantarjian.

The study, designed and funded by Amgen, did not include patients who had other active cancers, relevant central nervous system conditions, autoimmune disease, acute or chronic graft-versus-host disease, chemotherapy or radiotherapy within two weeks before the study, donor stem cell transplantation within 12 weeks before the trial or autologous stem cell transplantation within six week preceding the study. Patients who received immunotherapy in the month before the trial or who were undertaking other investigational treatments were also excluded.