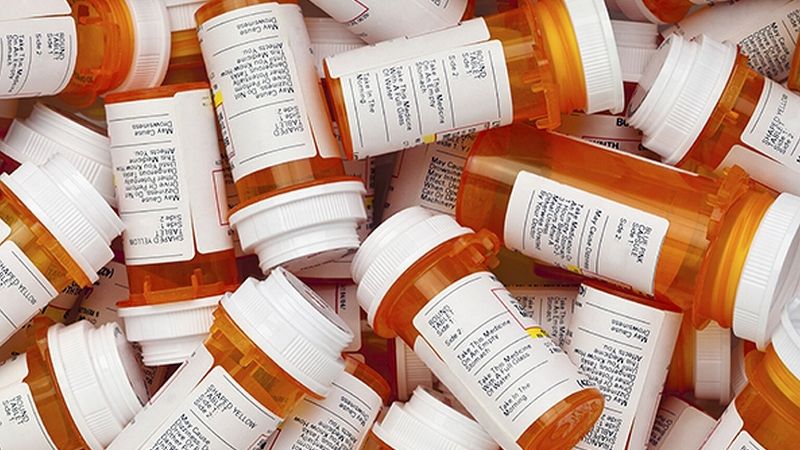 A new study led by Johns Hopkins Medicine shows that most adolescents and young adults who experience a nonfatal opioid overdose are not getting timely follow-up treatment to avoid a recurrence.

Newswise — A study of more than 4 million Medicaid claims records during a recent seven-year period concludes that less than a third of the nearly 3,800 U.S. adolescents and young adults who experienced a nonfatal opioid overdose got timely (within 30 days) follow-up addiction treatment to curb or prevent future misuse and reduce the risk of a second overdose.

The analysis, led by researchers at Johns Hopkins Medicine, also found that only 1 in 54 — less than 2% — received standard-of-care counseling and medications recommended by the American Academy of Pediatrics (AAP) for treating opioid use disorder.

“If 1 in 54 young people with asthma or diabetes failed to receive standard therapies for emergency situations with their diseases, we wouldn’t accept it,” says Rachel Alinsky, M.D., M.P.H., a pediatrician and adolescent medicine fellow at the Johns Hopkins Children’s Center and lead researcher of the study described recently in JAMA Pediatrics. “Yet, this is where we are now with the treatment our system is able to provide to youths who have survived an opioid overdose — and we need to do better for them.”

The U.S. Centers for Disease Control and Prevention (CDC) reports that in 2017, about 68% of the more than 70,200 drug overdose deaths in the United States involved one of the three types of opioids: illegal drugs such as heroin; prescription medications such as oxycodone (OxyContin), hydrocodone (Vicodin), morphine and methadone; and synthetic opioids such as Fentanyl. Of those deaths, just over 4,000 were among those ages 15 to 24. Additionally, the CDC says that the opioid mortality rate for people under age 20 has tripled since the year 2000.

Rates of nonfatal opioid overdoses for teens and young adults also have escalated, accounting for more than 7,000 hospitalizations and an estimated 28,000 emergency department visits just in 2015, the most recent year for which data are available.

Alinsky says the risk of a recurrent overdose for this group is extremely high. For example, she says, over 8% of the youths in the new study who survived a heroin overdose experienced another one within three months.

What makes these numbers so alarming is that a proven addiction intervention is available. According to the AAP, a combination of behavioral health counseling and pharmacotherapy — using prescribed buprenorphine, methadone or naltrexone — has been shown effective at reducing opioid use and keeping patients in care following an overdose.

“It’s been estimated that teens and young adults are only a tenth as likely as those over age 25 to get the recommended evidence-based treatment for opioid use disorder,” Alinsky says. “In our study, we wanted to look more specifically at what happens to young patients after a nonfatal opioid overdose and compare that data to those for adults.”

Using an established national database of Medicaid claims from 2009 to 2015, the researchers reviewed the records of just over 4 million people, ages 13 to 22, from 16 states and representing all U.S. census regions.

For the 3,606 youths who experienced a nonfatal opioid overdose and were enrolled in Medicaid for 30 days after the incident, the researchers learned the following about the post-overdose treatment received during that time period:

Alinsky says these results show that more than two-thirds of the youths who had overdoses failed to receive any intervention within 30 days and 98% did not get the medication therapy during that span to help them reduce the risk of a second, and potentially fatal overdose.

There are likely many reasons for this treatment gap, she says.

“For example, opioid use disorder often is not considered a ‘pediatric’ disease, so pediatricians may not be aware of the problem or know how to effectively deal with a patient who’s had an overdose,” Alinsky explains. “Additionally, there is a widespread stigma attached to using medications to treat opioid use disorder, with some considering it ‘just replacing one drug with another’ or ‘only to be used as a last resort.’”

Other barriers to care exist as well, she says. These include the limited number of addiction treatment facilities available for youths and the fact that very few pediatric providers have been certified to prescribe the recommended medications.

Based on their findings, Alinsky and her colleagues urge health care providers, especially emergency department physicians and pediatricians, to link adolescent and young adult patients with nonfatal opioid overdoses into addiction treatment programs as soon as possible following treatment of the initial incident. Additionally, she says, clinicians should prioritize improving patient access to pharmacotherapy.

“If patients with overdoses don’t get linked right there in the emergency department to the appropriate follow-up care that could help them avoid a recurrence, they or their families should ask for assistance in making it happen,” Alinsky says. “We have treatment programs that work effectively and save lives, but that doesn’t matter if patients don’t get into them.”

No conflicts of interest related to the study were reported.