Although Palforzia isn’t a cure for peanut allergy, Nuvance Health physicians say the treatment can reduce severe reactions and allergy-related anxiety for kids and families 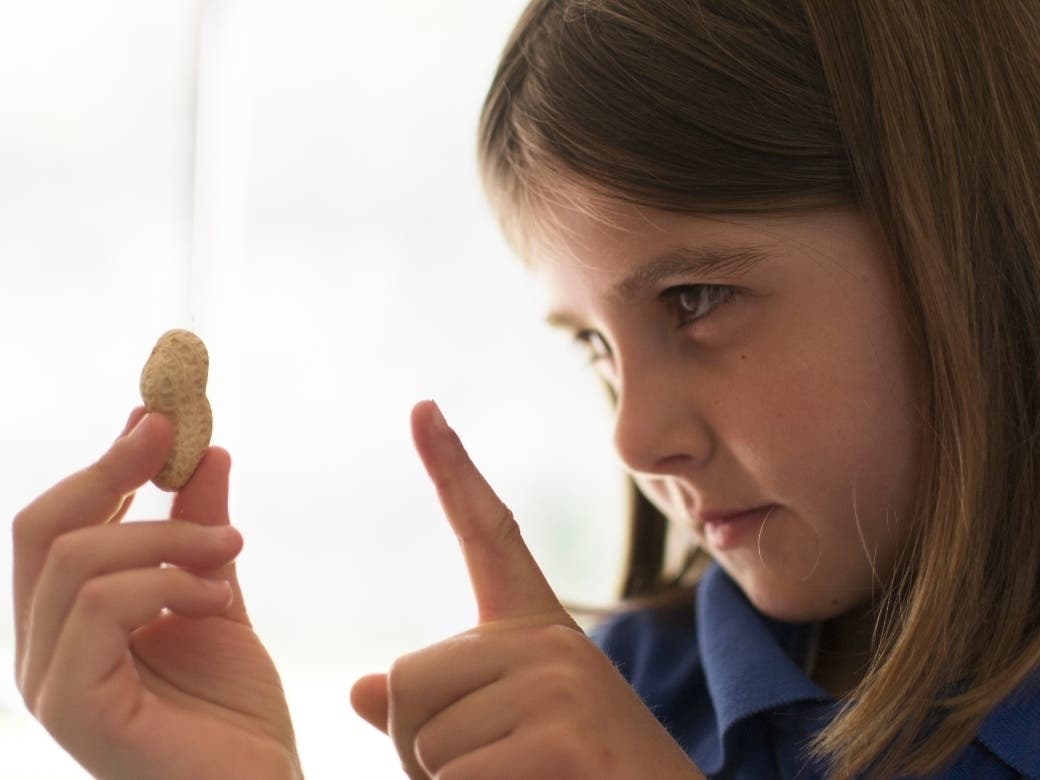 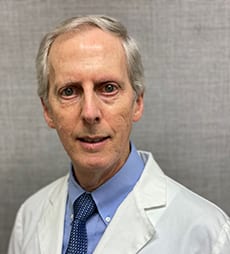 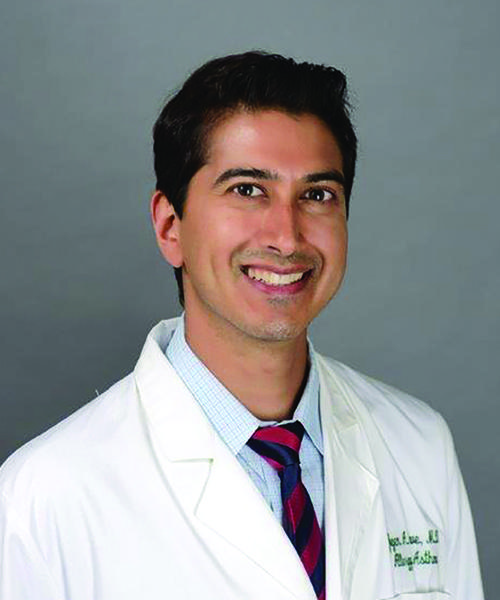 Food allergies have been on the rise over the last 50 years. Food allergies now affect approximately 1 in 13 kids, with peanuts being the most common allergen in the United States.

Substances that cause allergic reactions are called allergens. An allergic reaction occurs when the immune system produces antibodies that fight against proteins found in the allergen. When we have an infection like the flu, our immune system kicks into high gear and produces antibodies to fight the infection. A food allergy occurs when the immune system does this same thing, but it’s an overreaction to a normally harmless substance, such as a peanut.

Although researchers have not yet been able to pinpoint a reason for the uptick in food allergies, there are several theories.

“One of the theories is the hygiene hypothesis,” said Dr. Dave. “As society has gotten cleaner, the immune system doesn’t see enough bacteria. So, it shifts away from fighting bacteria and begins to fight other things, leading to food allergies.”

What is oral immunotherapy?

OIT is a medically supervised desensitization treatment for food allergies that helps to “turn down” the immune response by building a tolerance to allergens. ASC is one of only two medical practices in Connecticut — and one of only a few hundred in the country — that offer OIT. The allergists at ASC have been offering OIT for about five years.

Who can have oral immunotherapy?

ASC offers OIT for people of all ages who have food allergies to cow’s milk, egg, peanut, sesame seeds, and several types of tree nuts. However, the majority of patients who have OIT at ASC are children. Research shows that OIT is better tolerated at a younger age. Palforzia is FDA-approved for patients between the ages of 4 and 17 who have peanut allergies.

What happens during oral immunotherapy?

At ASC, OIT patients first receive a dose of the allergen and are observed for 90 minutes in the office in case an allergic reaction occurs. The same dose that was safely administered in the office is given once daily at home for two weeks. Then, the patient returns to the office for a step-up dose. This cycle of in-office and at-home dose administration and monitoring continues until the top dose is achieved.

Over time, the treatment may eventually include eating plain peanuts. If the patient doesn’t have any allergic reactions, the in-office monitoring time may also be decreased to 60 minutes.

“For someone with a peanut allergy, we give them peanut flour,” said Dr. Bell. “Then, we slowly increase the amount to get the immune system to stop overreacting.”

“The science behind OIT is that if you take daily dosing of the allergen, you’re less likely to have an allergic reaction if you are exposed to the allergen accidentally,” said Dr. Dave.

What are the benefits of oral immunotherapy?

OIT can lower the patient’s risk of having a severe allergic reaction such as anaphylaxis, which can be life-threatening and requires immediate treatment with an epinephrine injector such as EpiPen® or Auvi-Q®. Although food allergy deaths are rare due to the availability and effectiveness of epinephrine injectors, worries about accidental exposures can cause significant anxiety — especially for kids with food allergies and their parents or caregivers.

“Peanuts are in so many products — more than you think,” said Dr. Wakim. “Allergic reactions to peanuts caused by accidental exposure can be a real medical emergency.”

“Patients who have OIT for a peanut allergy are still allergic to peanuts, but OIT has helped them build a tolerance so they have a larger range of how many peanuts they can be exposed to without triggering an allergic reaction,” said Dr. Bell.

Due to the lower risk of experiencing an allergic reaction, OIT can improve quality of life for patients and families.

“It’s incredibly stressful and isolating for families with kids who have food allergies because they don’t want to go places and do things that put their child at risk for an allergic reaction,” said Dr. Bell. “It can be miserable for a parent and their child to worry about every bite of food the child takes that is innocently offered at school, at birthday parties, or in other settings.”

What are the risks of oral immunotherapy?

“The likelihood of a patient experiencing an allergic reaction is quite low because we’re giving a subthreshold dose,” said Dr. Dave. “It’s very rare that we even need to use an epinephrine injector in the office.”

Does oral immunotherapy work for everyone?

Although OIT works for a majority of patients, it doesn’t work for everyone — and the tolerance thresholds vary from patient to patient.

“One patient may be able to eat 10 peanuts, while another might only be able to eat three peanuts,” said Dr. Bell. “Some patients can even eat 24 peanuts at one time without triggering a reaction.”

Although OIT helps patients build a tolerance to allergens that reduces their risk of experiencing a severe allergic reaction, it’s important for patients and their families to understand that OIT is not a cure for food allergies. People with food allergies must still carry an epinephrine injector, even if they have undergone successful OIT treatment.

“OIT is like building a safety net, but it’s important to note that you’re not cured of the food allergy,” said Dr. Dave.

“We don’t consider the patient ever cured of their food allergy, even if they can tolerate a 10-peanut dose — or even eat a Snickers candy bar,” said Dr. Bell.

Also, food allergies can change based on different factors. For example, eating the allergen on an empty stomach, after exercising, when taking certain medications, or when sick with a virus can all increase the risk and severity of an allergic reaction — which makes it essential to continue to carry an epinephrine injector during and after OIT treatment.

What does Palforzia mean for people with peanut allergies?

Palforzia’s FDA approval is the result of the academic medical community’s interest in exploring OIT as a viable treatment for food allergies. The OIT that ASC offers for peanut allergies is essentially the same as Palforzia, but Palforzia is the first OIT product that is FDA-approved and available in capsule form.

The patient will consume Palforzia by opening the capsule and then mixing the peanut flour into a liquid, such as juice or water, or food like applesauce, pudding, or yogurt. This is the same manner in which ASC’s OIT patients currently administer their doses.

Although the allergists at ASC have been offering OIT for five years, they agree that Palforzia’s FDA approval is an important milestone in the management of food allergies.

“After reviewing the extensive research about OIT, we felt comfortable that it was the right thing to offer our patients,” said Dr. Bell. “Now that Palforzia is coming out, it validates the treatment. FDA approval is an official ‘blessing’ that OIT can be safe and effective.”

“Palforzia is not a cure for peanut allergy. People need to continue to take steps to manage their peanut allergy during and after treatment — such as carrying an epinephrine injector and being careful about exposure to peanuts,” said Dr. Wakim. “Also, Palforzia research shows that the tolerance effect is reversible. This means that if a patient stops treatment with Palforzia for a few months, it’s possible to lose the tolerance they built up.”

Even though Palforzia is not a cure for peanut allergies, it is nonetheless a valuable new treatment.

“In addition to carrying an epinephrine injector and avoiding peanuts, Palforzia is another way that physicians can help patients manage their peanut allergy,” said Dr. Wakim. “It’s a step in the right direction.”