New Insights on the Addictions of Tumors 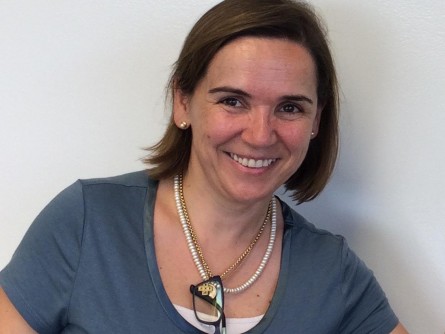 The study, published October 5 in Cell Metabolism, suggests that the p62 pathway in tumor stroma could be a potential anti-cancer target.

“Cancer has traditionally been treated with chemotherapies that target oncogene addictions—the oncogenic signals that tumors use to survive,” says Maria Diaz-Meco, Ph.D., professor at SBP’s NCI-designated Cancer Center and senior author of the paper. “We are looking at the non-oncogenic addictions, which are the function of non-mutated genes that also contribute to the survival of many cancers.”

“For example, the stroma is not the cancer, but it’s a major component that supports the tumor,” explains Diaz-Meco. “We believe that targeting metabolism, not only in mutated tumor cells but also in the stroma, will be a way to find new therapies, regardless of the cancer’s mutations.”

Tumors must develop unique mechanisms to ensure adequate nutrient supplies. To do this, they rewire surrounding tissue, particularly cancer-associated fibroblasts in the stroma, which are hijacked to do the tumor’s bidding. Essentially, the cancer remodels its nest.

“What happens when there’s nutrient stress?” asks Diaz-Meco. “The cancer doesn’t have supplies. In its more aggressive forms, nutrient accessibility inside the tumor becomes limited. The tumor eliminates p62 from the stroma to make the stroma more aggressive, more inflammatory and to be able to support the disease.”

This is a common strategy in cancer, as p62 is often missing from stroma in breast, prostate, liver and other tumors.

Diaz-Meco, along with fellow authors Jorge Moscat, Ph.D., professor and deputy director of SBP’s NCI-designation Cancer Center, and Christian Metallo, Ph.D., associate professor of bioengineering at UC San Diego, believe this stromal support could offer compelling ways to interfere with tumor supply lines. Because tumors are addicted to these mechanisms, it may be possible to target them without encountering significant resistance.

“This offers new strategies to take advantage of the tumor’s vulnerabilities,” says Diaz-Meco. “We hope that targeting non-oncogenic addictions will generate less resistance, because the stroma is more genetically stable and does not mutate as tumor cells do during aggressive therapies.”

In the study, the team found that reducing p62 increased ATF4, an essential transcription factor protein that instructs cells to adapt to situations in which nutrients are at a premium in the tumor microenvironment. ATF4 levels only changed in stroma, remaining constant in epithelial cells, regardless of p62 levels.

Without ATF4, stromal cells in glutamine-free media stopped growing. Further exploration showed that p62 played a critical role in breaking down ATF4, accounting for the high levels in low-glutamine conditions.

Ultimately, losing p62, and gaining ATF4, activates a complex pathway that generates the amino acid asparagine, which allows stromal cells, and ultimately tumor cells, to survive and grow despite the nutrient-poor conditions. From a therapeutic angle, this forces the tumor to become reliant on this pathway, making ATF4 a potential vulnerability to be exploited to undermine cancer growth.

Up to this point, p62 has been viewed exclusively as a cancer promoter due to its role in the tumor epithelial cells. That it plays such a different role in stroma, underscores how complex these molecular relationships can be. The authors believe it’s time to take a harder look at stroma and how it supports tumor progression.

“The role of the stroma is understudied,” says Diaz-Meco, “There have been very few papers on how stromal metabolism affects tumor growth. We really need to understand more about this basic rewiring to develop more efficacious and less toxic therapeutic opportunities.”